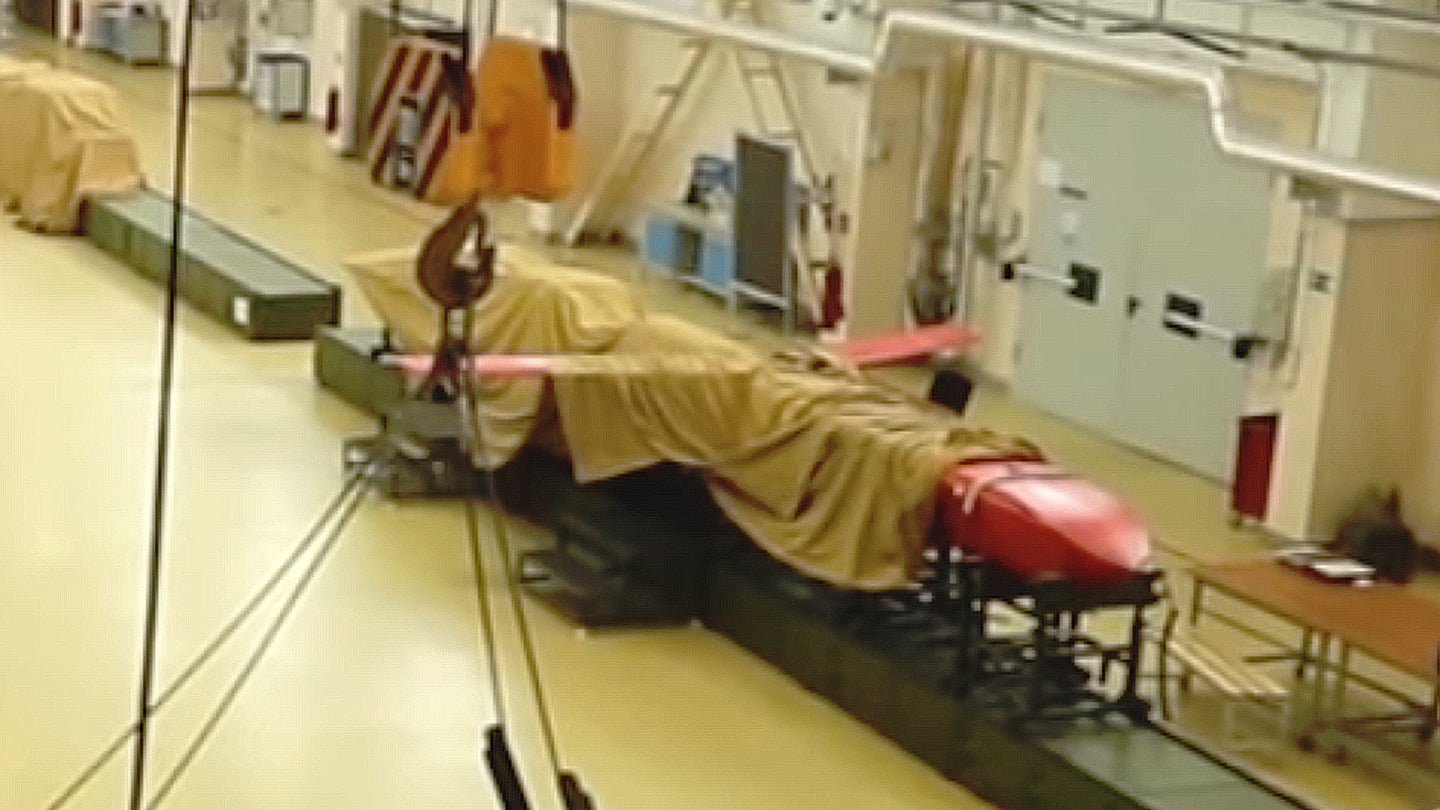 Russia is reportedly set to launch an operation to recover a prototype of its Burevestnik nuclear-powered and nuclear-armed cruise missile that came down in the Barents Sea in 2017. At the same time, the wreckage presents a prime opportunity for other countries, particularly the United States, to gain major insights into its design and true capabilities.

CNBC was first to report the Russian expedition, citing unnamed U.S. government sources with knowledge of an American intelligence report on the matter, on Aug. 21, 2018. These individuals said that the Kremlin would dispatch three unspecified ships, including one specially configured to recover the missile's nuclear reactor, but said there was no set timeline for when the operation would begin or how long it might last.

Russia test-fired four Burevestniks in total between November 2017 and February 2018, according to the new information. The longest test flight reportedly lasted over two minutes and saw the weapon travel a total of 22 miles, while the shortest experiment saw the missile fail within seconds, but it still managed to cover a distance of five miles. The missile reportedly uses a nuclear reactor to power its propulsion system, giving it theoretically unlimited range.

The Russians have otherwise been very tight-lipped about the design, which read more about here. So, it's not surprising that they would want to recover any wrecks both to prevent foreign intelligence services from getting their hands on it and to gather more information for their test program.

The official video below offers the best views of the Burevestnik cruise missile available to date.

Though CNBC did not say which Russian ships might be heading out on the recovery mission, it is very possible that the Yantar might be among them. Officially an "oceanographic research vessel," this spy ship has specialized equipment that can reportedly tap or cut submarine cables and investigate and retrieve objects from depths of up to 18,000 feet.

In 2017, the vessel reportedly sailed off the coast of Syria to recover the remnants of two fighter jets, a Su-33 and a Mig-29KR, that crashed into the Mediterranean Sea during operations from Russia's aircraft carrier Kuznetsov. In that case, the goal was also, at least in part, to make sure other countries could not retrieve the wrecks for their own purposes.

In June 2018, the U.K.'s Royal Navy escorted Yantar through the English Channel as it headed into the North Sea. Pictures showed a Saab SeaEye Tiger deep-sea robot on the ship's deck. Russia acquired this piece of equipment after the Kursk submarine disaster. The Tiger can reach depths of 3,280 feet and private companies have previously used them to do work at sites with heavy radioactive contamination.

It's not clear what state the missile wreckage, or the weapon's reactor, might be in. We at The War Zone have previously explored in detail what might happen if these weapons came down on land or over water after reports that they were crashing first emerged earlier in 2018. It's also worth noting that these apparent failures might have been successes depending on the actual test points and would have provided Russia important information for further development of the Burevestnik regardless.

Of course, if the weapon is at all salvageable, the race may be on for the Russians to get it off the bottom of the Barents Sea before anyone else does. The United States has already reportedly been keeping a close eye on the tests and could have a good idea of where the missiles have landed.

If they spread any substantial amount of radioactive material when they came down, it might make them even easier to locate. In February 2017, well before the reported test flights, a U.S. Air Force WC-135 atmospheric reconnaissance aircraft was flying around the Barents Sea on what the service has insisted was a routine mission. This coincided with reports of increased radioactivity in the region, but that might have been linked to leaking Russian nuclear waste facilities.

That U.S. Navy has its own deep sea intelligence gathering and salvage capabilities, notably the super-secret Seawolf-class submarine the USS Jimmy Carter. In September 2017, again before Russia reportedly began firing Burevestniks, that boat returned to its homeport at Naval Base Kitsap-Bangor in Washington State flying a Jolly Roger flag, a symbol representing the completion of a particularly successful mission.

The U.S. government has a long history of trying to steal sensitive Russian equipment from the bottom of the ocean, as well. In the 1970s, the Central Intelligence Agency famously used the Hughes Glomar Explorer to pull a portion of the Soviet Golf II-class ballistic missile submarine K-129 up from the depths of the Pacific Ocean.

Getting ahold of or even examining pieces of a Burevestnik, one of six super weapons Russian President Vladimir Putin highlighted in a speech in March 2018, would be a major coup for American intelligence agencies and the U.S. government's foreign partners. NATO as a whole is also becoming more concerned with Russia's aggressive policies and various advanced weapons developments, amid threatening training exercises, electronic warfare attacks, and deceptive information operations.

All told, it might be worth keeping an eye on Yantar's movements to see if she heads out into the waters above the Arctic Circle any time soon.

Canadian analyst Steffan Watkins has found that Russia's Akademik Primakov, a seismic research vessel has been recently sailing a very deliberate pattern in the Kara Sea, which is to the east of the Novaya Zemlya archipelago. To the west of Novaya Zemlya is the Barents Sea and the area was home to Soviet nuclear weapon testing.

It is possible that the initial report of where the missile went down was inaccurate and that it instead crashed into the Kara Sea. However, as Watkins notes, the Akademik Primakov is more likely mapping the region. The Russian company JSC Sevmorneftegeofizika acquired the ship in June 2017 specifically to conduct geological exploration activities in the Arctic Shelf.