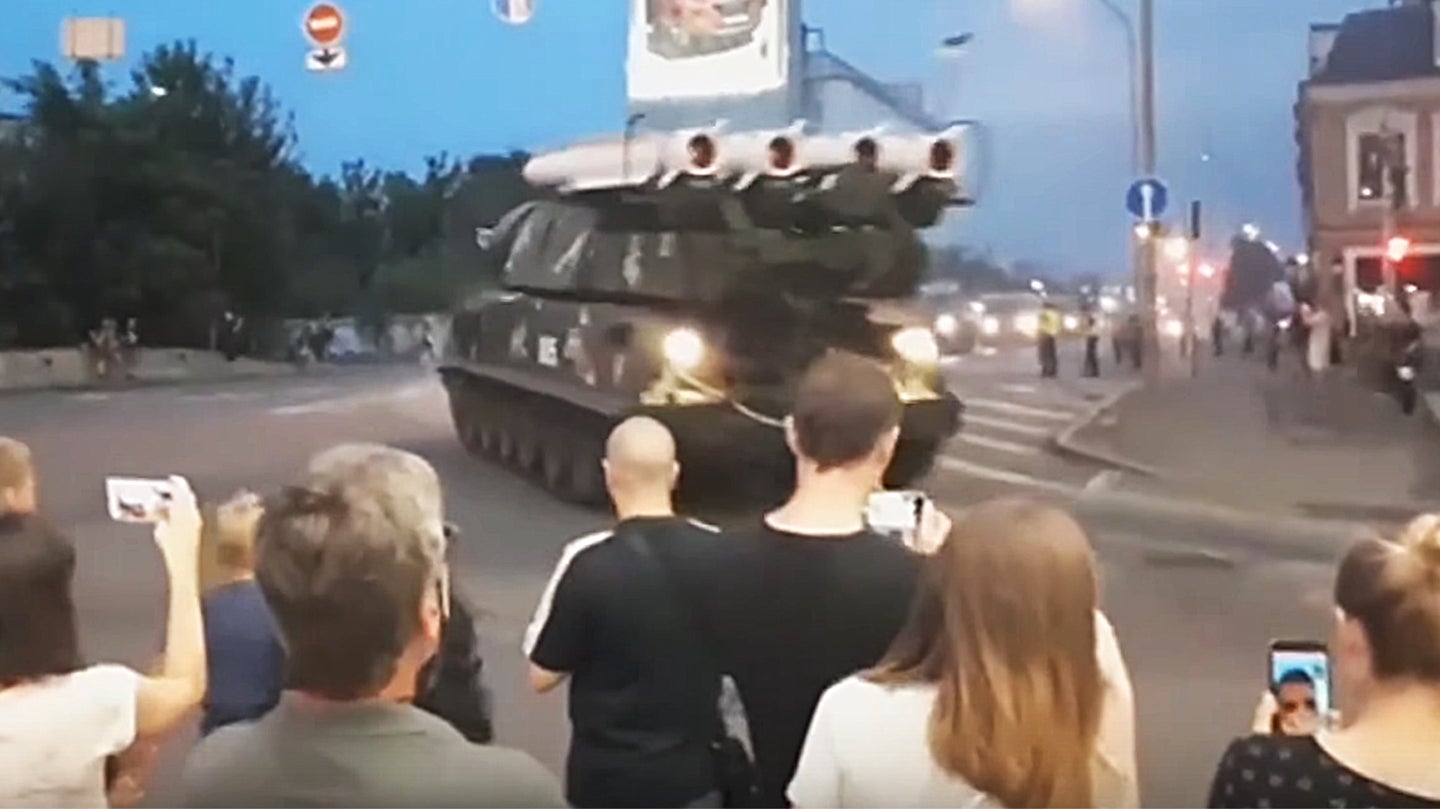 I don't know what it is about SA-11 'Buk' surface-to-air missile systems but, they seem to have trouble when it comes to participating in military parades. The self-contained, road-mobile, medium-range SAM is most notorious for tragically shooting down Malaysian Airlines flight 17 over Eastern Ukraine, but it remains in service in a number of configurations in dozens of countries around the world. In this case, the straying transporter erector launcher and radar (TELAR) in question was of Ukrainian origin.

The incident occurred on August 18th, 2018 during a practice run for Ukraine's Independence Day parade in Kiev. Everything seemed to be going as planned before it suddenly wasn't as the SA-11 careened into a storefront. It's somewhat astonishing that nobody was injured, but the stricken SAM system made a great subject for social media photos and selfies snapped by pedestrians nearby.

We don't know exactly what happened here—maybe there was a mechanical issue or maybe the driver fell asleep—who knows. But this may just be the SA-11's first successful intercept of a storefront in its nearly 40-year operational career.