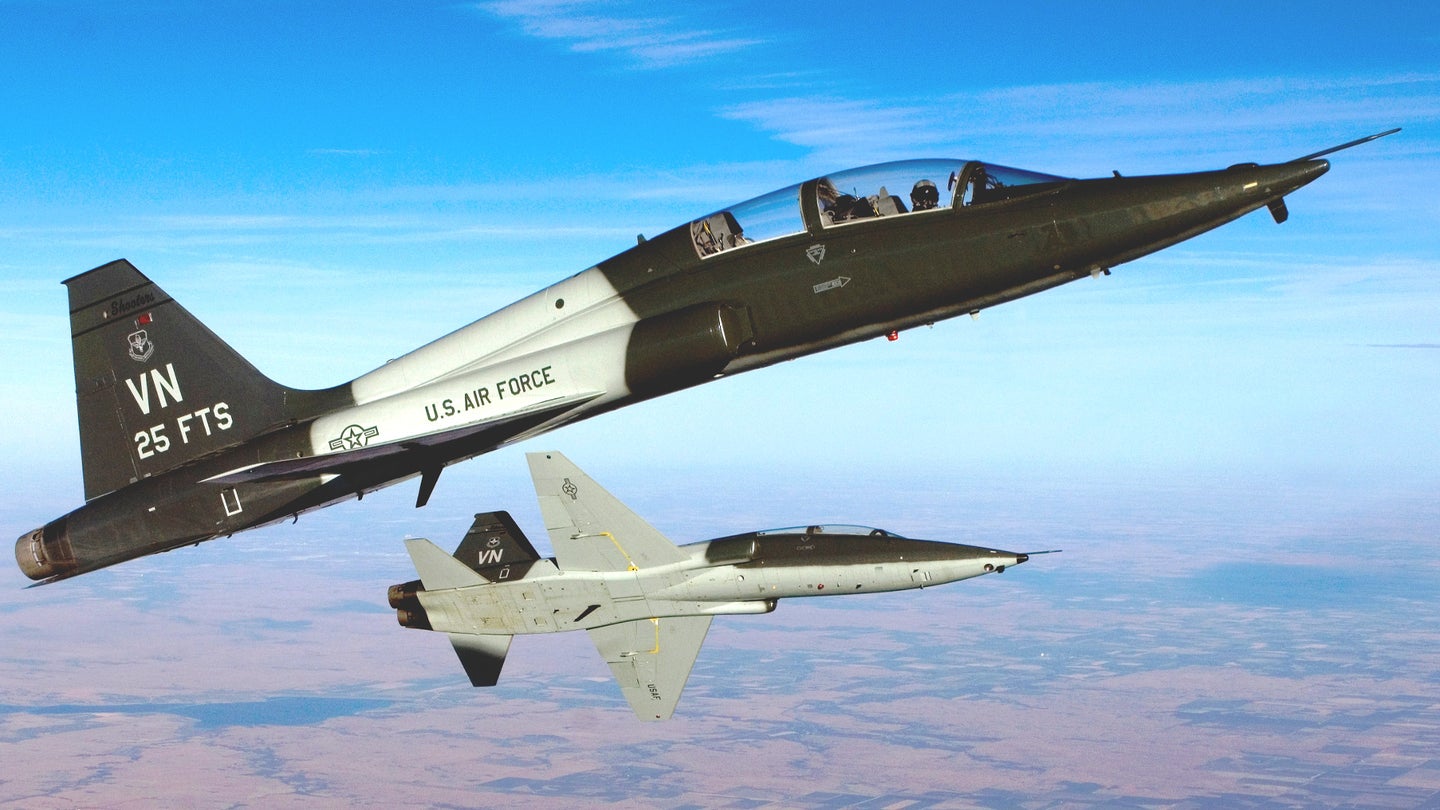 Details are still coming in, but a T-38 Talon training jet from the 71st Flying Training Wing at Vance Air Force Base in Oklahoma has crashed. This is the sixth aircraft the Air Force has lost in non-combat mishaps in 2018 and the third incident involving a T-38 since November 2017.

This mishap occurred at around 3:30 PM local time in Oklahoma on Aug. 17, 2018. The jet plowed into farm pasture approximately 50 miles west of Vance Air Force Base, setting it on fire. Though the aircraft can carry a crew of two, the U.S. Air Force has said there was only a single pilot on board.

“One pilot was successfully ejected from one of Vance's T-38 training jets,” was how U.S. Air Force Technical Sergeant Eric Cardenas phrased the situation to Oklahoma's Enid News & Eagle newspaper. “The pilot is currently with emergency responders.”

Vance Air Force Base officials also said that the pilot was conscious after parachute down into the farm and that the property owner had given him water and tended to him until first responders arrived, according to The Olympian. Firefighters put out the resulting blaze, as well.

Earlier in August 2018, the 14th Flying Training Wing at Columbus Air Force Base in Mississippi grounded its T-38s after an ejection seat in one of the aircraft accidentally fired during routine maintenance on the ground, injuring three contractors. However, there is no indication so far that these two incidents are related in any way.

In May 2018, a T-38 from the 14th crashed in Mississippi. In that instance, both pilots were able to safely eject. In November 2017, another Talon, this time from the 87th Flying Training Squadron at Laughlin Air Force Base in Texas crashed, killing the pilot.

The Air Force only suffered six non-combat aircraft crashes in 2017, but has already had six so far this year. The U.S. military as a whole has seen a spike in serious mishaps, as well as fatalities, across its aviation communities in 2018.