The U.S. Air Force has formally hired Lockheed Martin to build three new missile warning satellites as part of the Next-Generation Overhead Persistent Infrared program, also called Next-Gen OPIR. Under pressure from members of Congress and critics within the U.S. military, the service is pushing an aggressive timetable for the project, which is just one part of still-developing plans for a broad array of new space-based sensors to help guard against both advanced ballistic missiles and emerging hypersonic threats.

On Aug. 14, 2018, in its daily contracting announcement, the Pentagon announced that Lockheed Martin had received the $2.9 billion dollar contract and that the Air Force expected to take delivery of the trio of satellites by April 30, 2021. In May 2018, the service had first revealed plans to give sole-source deals to both Lockheed Martin and Northrop Grumman for Next-Gen OPIR work. The two firms have worked together in the past on the existing Space-Based Infrared System (SBIRS) missile warning constellation.

“As we develop these new systems, speed matters,” Secretary of the Air Force Heather Wilson said in a statement in May 2018. “The next generation missile warning satellite will be a pace-setter.”

It is unclear whether the 2021 delivery date reflects a change in the program’s overall schedule. The timeline the Air Force had previously presented in May 2018 called for the launch of the first Next-Gen OPIR satellite into geosynchronous orbit in 2023 and placement of one in a polar orbit in 2027. In November 2017, the plan had been to get the initial satellite into orbit by 2025.

This new contract also only covers three of the planned five satellites in the complete constellation. Northrop Grumman is set to take charge of the work on the two polar satellites. The Air Force has said in the past that it wants the entire system up and running no later than 2029.

Getting an entirely new satellite constellation into place in “five to six years is a gold medal,” Assistant Secretary of the Air Force for Acquisition Will Roper had said in April 2018. He added that the effort would hopefully get program managers to think about ways to move programs along faster with a “reasonable amount of experimentation and prototyping” where they “can take advantage of discovery in getting things right, but can hedge their bets in case something goes wrong.”

Though details about the Next-Gen OPIR's capabilities are not publicly available, the Air Force plans to use them to supplement the SBIRS constellation and they should have improved capabilities over those existing satellites. The primary function of the six SBIRS satellites is to spot the bright, hot plumes of ballistic missiles as the blast off.

They might be able to continue tracking those threats once they enter space and “go cold” to some degree during their mid-course phase of flight, as well. There are also reports that the infrared sensors are powerful enough to detect other, smaller missile launches, including surface-to-air and air-to-air weapons, and even conventional artillery fire and aircraft in flight under certain circumstances.

The Air Force has also said that the Next-Gen OPIR satellites will be more “survivable” than their predecessors in a world of increasing worrisome anti-satellite threats. This could include improvements to the system’s resistance to jamming, which could prevent it from sending an alert to personnel on the ground, or features to better shield the optics from harmful laser beams that might just blind it outright.

But the Next-Gen OPIR program may still not be moving along fast enough for lawmakers or the U.S. military itself. In February 2018, U.S. Air Force General John Hyten, head of U.S. Strategic Command, said the 2029 date for the full system to go online was “ridiculous” and insisted that there were ways to speed up the process.

In the defense spending bill for the 2019 Fiscal Year, which President Donald Trump signed into law earlier in August 2018, Congress ordered the Missile Defense Agency to lead efforts to speed up work on various space-based sensors, as well. At the same time, legislators did cut earlier language that had demanded the deployment of at least some of those systems by 2022.

The U.S. military is already exploring ways to reduce the time and cost of developing space-based systems and getting them into orbit, including through the use of cheaper, reusable rockets. The Defense Advanced Research Projects Agency is experimenting with an even more novel concept to put payloads into space with a reusable, hypersonic spaceplane.

Still, no matter how fast the Air Force can get the Next-Gen OPIR system into operation, it is only one part of a larger sensor network necessary to adequately monitor for potential missile threats, especially future hypersonic weapons. The U.S. military’s existing combination of space- and surface-based sensors is simply not effective for tracking this latter category of threats, which is likely at least part of the reason why Russia and China are investing so heavily in developing them.

Earlier in August 2018, U.S. Air Force Lieutenant General Samuel Greaves described a notional three-part space-based sensor layer to help defend against various missile threats, including hypersonic types. The first part of this over-arching system would be the Next-Gen OPIR constellation “to be the bell-ringer if something is going on,” the officer explained.

A separate set of satellites, known as the Midcourse Tracking Sensor, which you can read about in more detail here, would then monitor the missile as it flew either through space or in the upper atmosphere and help discriminate actual warheads from decoys or other tertiary objects. It would then feed targeting information to anti-missile weapons on the ground or in space.

The third array of sensors in space would orbit in positions nearer to potential friendly target areas and would be able to better determine whether a defensive weapon system had hit the incoming threat and effectively neutralized it. “Getting that capability into the architecture and providing that information to folks on the ground that have to make a decision on whether or not to re-shoot or whether to move onto another target, that is extremely important,” Greaves noted.

At the same time, there are efforts to look into how the Department of Defense might be able to leverage commercial technology to improve its own space launch and satellite capabilities or maybe even make use of commercial constellations to better network its own existing and future sensor architecture.

“Unless you plan to wallpaper the Earth with radars,” the “only way to see these things coming is from space,” Under Secretary of Defense for Research and Engineering Michael Griffin also said earlier in August 2018. “Our response has to be a proliferated space sensor layer, possibly based off commercial space developments.”

The big question, therefore, is how long it might take to get all of these systems in place and operational and how much it might cost to do within a reasonable timeframe. So far, the Air Force has only outlined the schedule for the Next-Gen OPIR, which has already changed repeatedly in the past year.

“We know that this can be done,” Griffin insisted. “To me this is not a technology challenge, this is a policy decision. Is the United States going to deploy a space layer so we can track the Chinese hypersonic threat from cloud break forward? The answer had better be yes.”

Griffin, who worked on Ronald Reagan’s signature Strategic Defense Initiative (SDI) missile defense program in the 1980s, has repeatedly insisted that both space-based sensors and anti-missile systems, such as either kinetic interceptors or directed energy weapons, are both practical and not as expensive as critics claim. However, he has yet to publicly present a formal cost estimate for either set of systems.

If the Air Force can succeed in launching the first Next-Gen OPIR satellite in 2023, two years ahead of a schedule it presented less than a year ago, it might demonstrate improvements procuring space-based systems that could apply to other programs. At the same time, the planned date for the full system to become operational does not appear to have changed and remains firmly more than a decade in the future, calling into question how realistic the new timetable might be.

There is a separate possibility that the service’s decision to move up the date for the first Next-Gen OPIR satellite launch is, at least in part, driven by a broader desire on its part to show it is taking the “space domain” seriously in the face of a push for an independent space-focused military branch. Members of Congress, President Trump, and even senior Pentagon leadership have become increasingly supportive of this idea.

The Air Force stands to lose a significant portion of its budget and a not insignificant amount of manpower if that proposal becomes a reality. Proponents of the idea of a Space Force might be inclined to use any progress, or lack thereof, on the Next-Gen OPIR program to reinforce their arguments, which you can read about in more detail here.

But whoever is ultimately in charge of buying and deploying the U.S. military’s future space-based sensors, what is clear is that the various stakeholders agree that there is a need for these systems and that they need to go into operation as soon as possible, especially given growing concerns about hypersonic weapons. It will be up to them to show that these plans are truly more feasible now than they have been in the past. 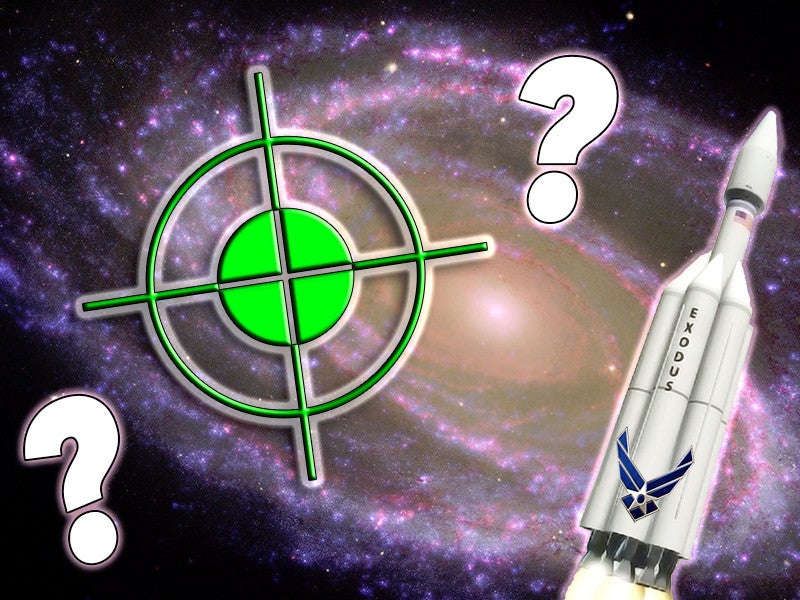 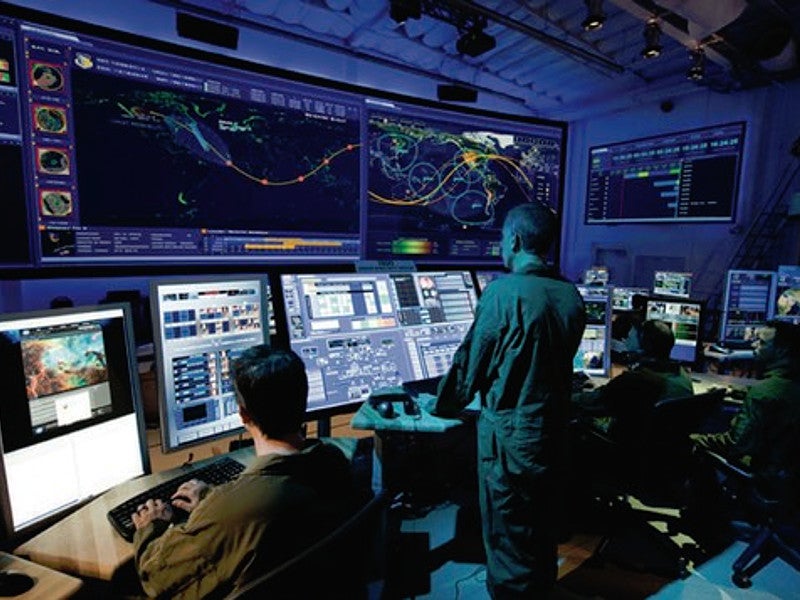 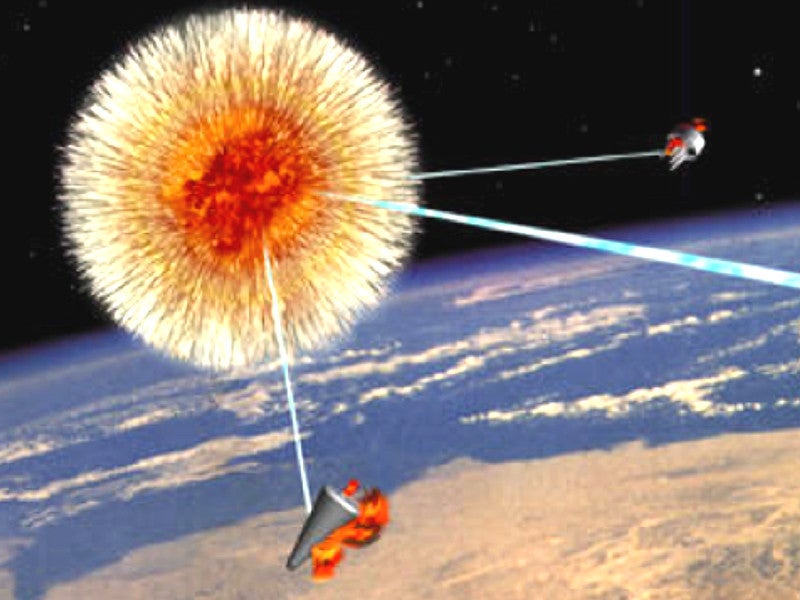