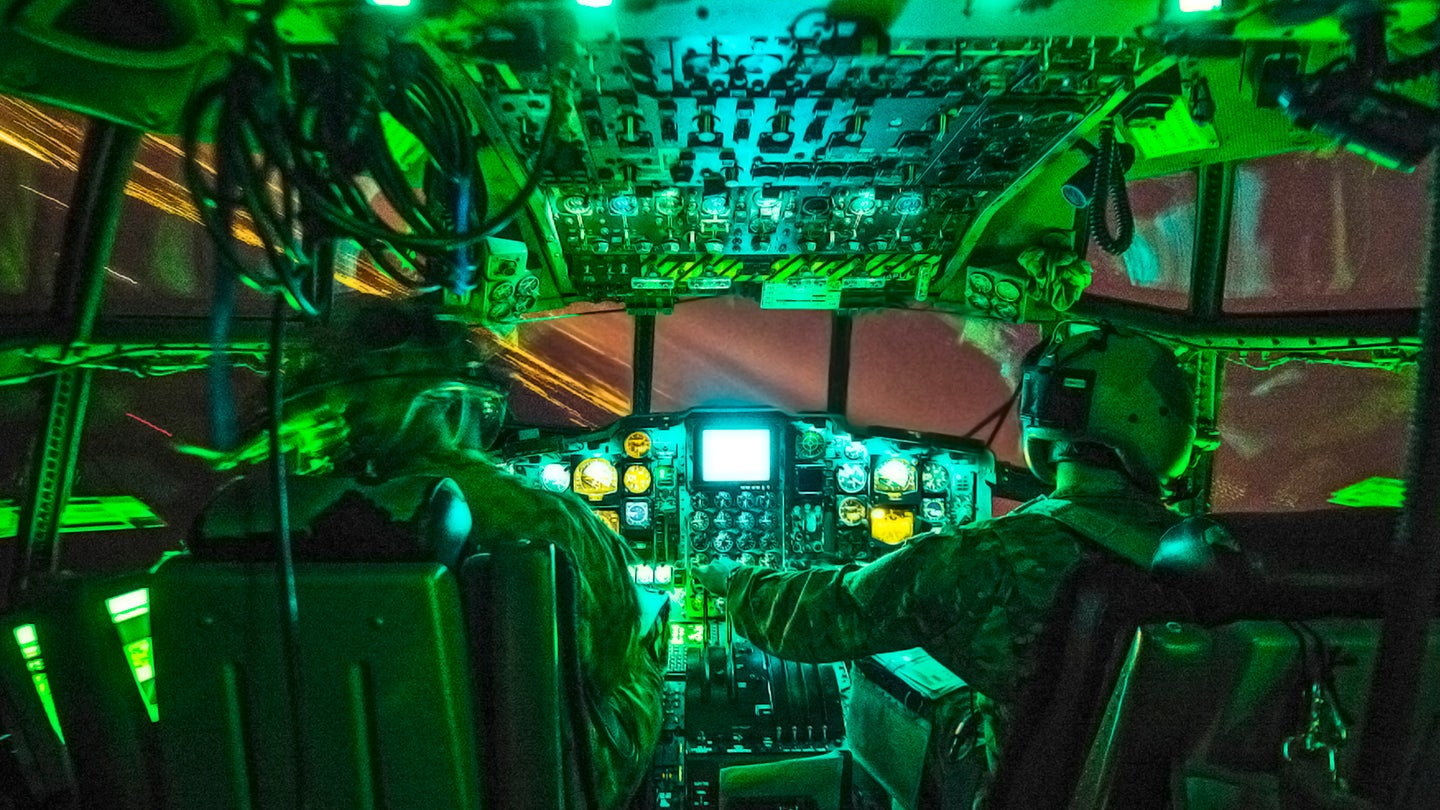 There are few weapons as vicious as the AC-130 gunship. For 50 years this flying arsenal has ruthlessly rained down fire on the enemy from on high, and usually in the black of night. With the venerable AC-130U Spooky gunship now in the twilight of its career and the AC-130H Spectre having been finally retired in 2015, the fleet will be consolidated around the AC-130W Stinger II and new AC-130J Ghostrider in the not too distant future.

The AC-130W, which are converted C-130Hs, was once viewed as a lightly modified, modular roll-on-roll-off gunship concept, but has since grown in scope. Originally designed more as a bomb truck than as a  traditional gunship in many respects (read all about this in this prior article of mine), the aircraft's single GAU-23 30mm Bushmaster cannon has since been augmented by the AC-130 family's most powerful weapon, the 105mm Howitzer. This addition, along with other upgrades, has resulted in an incredibly powerful platform that is all AC-130—not an aircraft that can moonlight doing other missions as well. And that's a very good thing for U.S. and allied troops and a very bad thing for the enemy.

One interesting feature we just noticed the latest iteration of the Stinger II sporting is an EOTech holographic rifle sight mounted on the left side of the cockpit, next to the pilot. The model looks to be a version of the XPS2 which has an MSRP of $665.

Here's the video of a very recent AC-130W mission over Syria in which the EOTech can be seen:

Traditionally, AC-130s have had full-on Heads Up Displays (HUD) mounted sideways in this position. The somewhat awkward arrangement was developed to help AC-130 pilots to hold a perfect pylon turn around a point—their target area.

This allowed gunners to more accurately engage their targets on the ground without any maneuvering surprises which could prove deadly for nearby friendly troops. Nothing can engage the enemy from the air with better accuracy in danger-close situations than the AC-130. From what we know, the pilot could also fire some of the AC-130's arsenal using the HUD, or at least they could on earlier models under specific circumstances.

Today, AC-130 weapons fire and targeting is done primarily at the hand of the Combat Systems Officer sitting in the back of the aircraft at a control station that feeds them critical data from the aircraft's sensors and weapons.

Regardless, the AC-130W, which never had a side-mounted HUD to our knowledge, now appears to have the very off-the-shelf holographic gunsight in this position. It's certainly there to help Stinger II pilots coordinate their deadly circles in the sky, but we have no idea if it can actually be used to engage targets, although it seems quite unlikely as it wouldn't have the computing power that a full-up HUD has.

Still, it's pretty wild to think that the world's largest flying gun gets help aiming its brutal arsenal using a lowly rifle sight that is more at home on a soldier's carbine, or even at your local shooting range, than on a front-line combat aircraft. Then again, maybe it isn't that surprising considering F-15 squadrons mounted high-power rifle scopes in their cockpit for long-range visual identification purposes for many years due to lack of a better or at least fully funded solution.