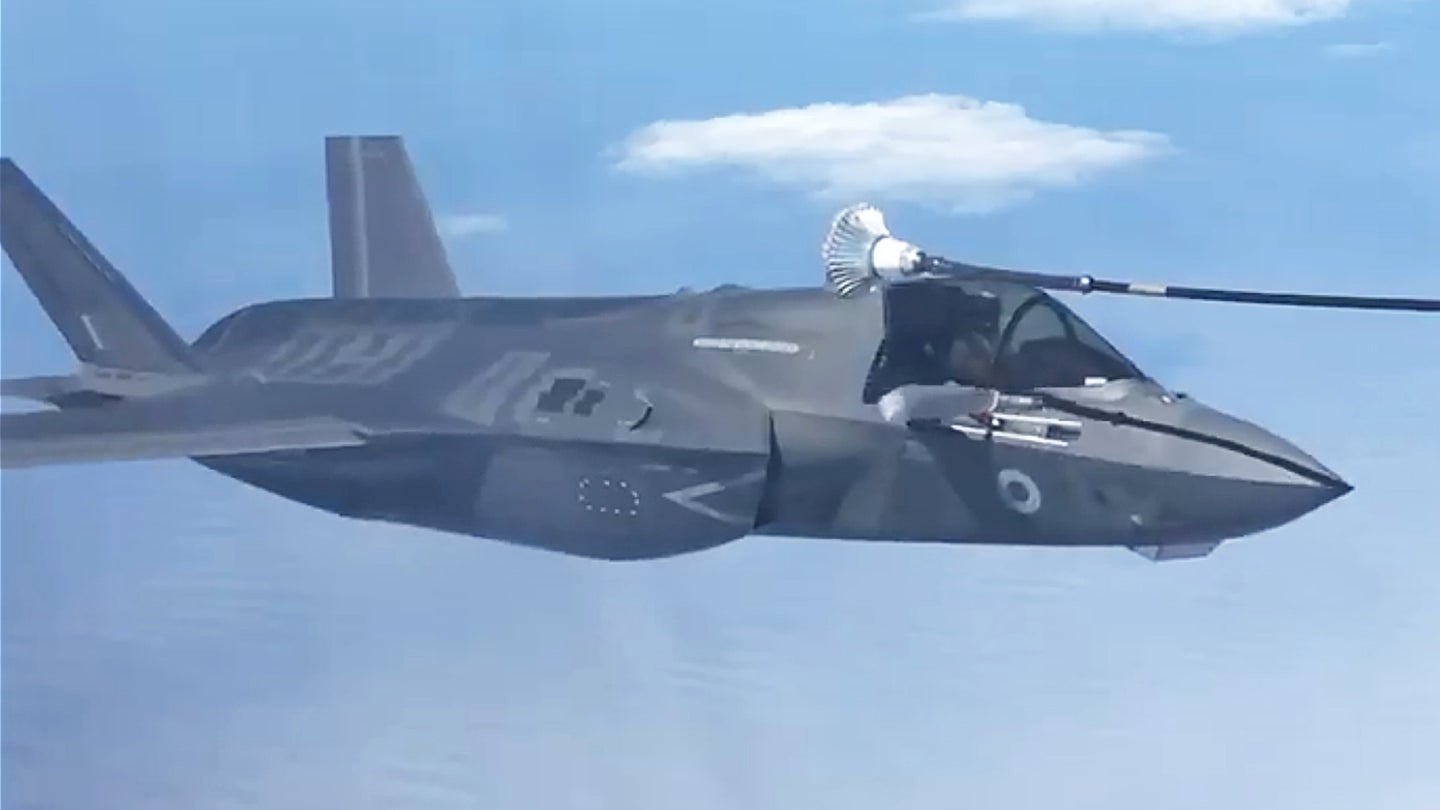 Aerial refueling is not an easy task no matter how simple some aircrews make it look. This post alone will make you appreciate the work of tankers and their 'customer' aircraft like never before. Even the latest tanker and tactical aircraft designs, with all the technology they bring to the table, don't make the process that much easier. Case in point is the video below shot during a transatlantic delivery flight of F-35Bs being 'dragged' to the UK by a RAF A330 Voyager Multi-Role Tanker Transport.

Here's a direct link to the Facebook video if it does not show up automatically below on your mobile device.

As you can see, the F-35 pilot takes stab at the basket and misses, with the drogue ramming into the F-35's refueling probe. The F-35 pilot does all they can to avoid the basket impacting the stealth jet's sensitive skin before taking a second and more successful run at it.

Although missing the drogue is very common for any type of aircraft equipped with a probe for aerial refueling, the F-35's refueling probe has been a source of frustration for the program. The C and B models have broken off a disproportionate number of probe tips during refueling in recent years. The last major report from the Pentagon's head tester stated the following:

1. Pilot training improvements have been completed.

2. Improved inspection of KC-10 aerial refueling equipment has been implemented.

3. Software improvements to reduce the pilot’s workload during refueling are planned to enter flight testing in May 2018.

4. A stronger refueling probe is in development.

During long-range 'tanker drags,' also sometimes referred to as 'Coronet' missions, these factors have to be calculated into a complex refueling plan that would allow a crippled jet to divert to a landing field at nearly any given time during its flight. Bad weather, which makes aerial refueling a tougher and violent affair, may also be factored in more heavily to F-35 operations because of this deficiency. So far, it has been noted that F-35Bs require uniquely extensive tanker support for long-range repositioning operations.

The F-35 program has tested the limits of its probe design in fairly spectacular fashion, and it is known that testers weren't pleased with how the canopy bow blocks the line of sight between the pilot and the probe's tip near perfectly during refueling operations. As a result, the pilot has to lean around to see it.

It is unclear if the refueling video was taken during the first trans-Atlantic delivery flight of UK F-35Bs that occurred nearly two months ago or if it was from today's mission, which saw five additional F-35Bs arrive at RAF Marham this evening.

One thing the UK's F-35Bs have going for them is that apparently, the A330-based MRTT has very forgiving and stable refueling drogues. This is a unique trait that came up randomly in a radio conversation that occurred over the Nevada Test and Training Range recently.