More than three years after Russia’s T-14 Armata tank made its widely touted and much scrutinized public debut, the country has made it clear it has no plans at present to buy more than 100 of them. The design’s ballooning cost has forced the Kremlin to focus its efforts on upgrading its T-72, T-80, and T-90 tanks, instead.

In 2015, Oleg Sienko, then-Chief Executive Officer of Uralvagonzavod, or UVZ, the T-14’s state-owned manufacturer and Russia’s largest producer of tanks, had said that he expected the Kremlin to order as many as 2,300 Armatas by 2020. The first examples made their initial public appearance ahead of the annual Victory Day parade in Moscow that year and one suffered an embarrassing break down during a rehearsal. The Russian government's planned purchases of the type have steadily shrunk since then.

“We don’t really need to for this, these models are quite expensive in relation to existing ones,” Russian Deputy Prime Minister Yuri Borisov explained to reporters to reporters on July 30, 2018. “Well, why flood the all Armed Forces with the Armata tanks, we have the T-72s in great demand in the market, they take it all, compared to the Abrams, Leclercs and Leopards, for their price, efficiency, and quality.”

Russia’s decision on the T-14 is hardly surprising and one that we at The War Zone, among many others, have long suspected would occur. Even in 2015, there were reports that the Armata’s unit cost was more than double that of UVZ’s original estimates.

Since then, a combination of international sanctions and a sluggish domestic economy have forced the Kremlin to make cuts to their defense budget overall. Competing priorities and limited funds have already led the Russian government to put plans for new destroyers and carriers on hold and cancel two intercontinental ballistic missile programs, among a number of potentially painful decisions.

“Having a military budget ten times smaller than that of NATO, we are achieving our objectives due to such efficient solutions,” Deputy Prime Minister Borisov noted in his comments, clearly trying to put a positive spin on the Armata news. In May 2018, the Kremlin had announced a new round of budget cuts, slashing annual defense spending by almost 20 percent from the previous year.

But there is also a possibility that these shortfalls have limited the resources to properly develop the T-14, as well. If the design is not mature, it would only make sense for Russia to decide to hold off mass producing the tanks. Otherwise, it could find itself face a "concurrency" dilemma by taking delivery of hundreds of armored vehicles that could need potentially significant and costly upgrades almost immediately.

“We can … boost the series production [of the T-14] when needed and stay ahead of our colleagues, so to speak,” Deputy Prime Minister Borisov had claimed in 2017. He also described this as a "trump card" Russia cold play at any time.

These comments are virtually identical to ones he has made regarding the decision to push off large orders of the Su-57 stealth fighter indefinitely. The entire situation seems similar, with the Kremlin having initially expected to have hundreds of the jets in service by 2020 and various developmental and economic troubles instead having left the program in a precarious state.

There could similarly have been difficulties in finding the funding to fully establish the Armata production line to handle higher volume. The tank represents a dramatic departure from decades of Soviet-era tank design that had continued in Russia after the end of the Cold War and it’s not clear how much, if anything, it shares with UVZ’s older product lines, which are still churning out.

Most notably, the T-14’s crew of three rides side-by-side in the hull, controlling the main turret remotely and using an array of cameras mounted around the vehicle to “see” in all directions while safely sitting inside the armored shell. Combined with improved passive armor and an active protection system, Russia claimed that the T-14 was unique survivable compared to existing designs.

The video below offers a look inside the crew compartment on the T-14.

Aramata also reportedly has a number of other more advanced sensors, communications, and fire control systems compared to earlier Russian designs, but there is still a healthy debate about just how advanced and capable it actually is in its present form. For one, the vehicle shares its main armament, the 125mm 2A82-1M gun, with the T-90M and plans for a larger or more capable weapon have repeatedly failed to materialize.

The Russians may be able to leverage some components or other experience from the Aramata program and apply it to upgrades for their latest T-72B3, T-80BVM, and T-90SM tanks in the meantime, as well. The T-90SM, for instance, features a remote weapon station with a 12.7mm machine gun on top of the turret, which allows the crew to engage close-in and otherwise more limited targets in any direction from within the safety of the vehicle.

These updated tanks all feature roughly the same armor package, too, featuring a combination of passive armor and explosive reactive armor around most of the hull and turret and slat armor on the rear engine deck. The latter two systems are particularly useful for defeating the shaped-charge warheads, which need to detonate a certain distance from a vehicle’s hull to be most effective and are common on anti-tank guided missiles and shoulder-fired infantry anti-tank rockets. You can read more about these armor systems here and here.

There are also plans to add additional active protection systems and passive defenses to the vehicles to further protect against these the missile and rocket threat. Russia has been able to observe how dangerous those weapons can be from its own experiences in Syria and from those of its Syrian allies. Ukraine is in the process of receiving American-made Javelin anti-tank missiles, too, which it could use to take on separatists using Russian-made tanks. There are still reports that actual Russian personnel, or shadowy Kremlin-linked mercenaries, may be operating some of those vehicles.

All told, it would seem sensible to focus on these more cost-effective upgrade programs in the near term. In addition to helping modernize Russia’s own forces, the T-72 and T-90 series serve in dozens of countries around the world and continue to enjoy export success.

At the same time, the small fleet of Armatas as a test and evaluation force that could support future developments. The one or two independent battalion-size “brigades” that will likely receive the vehicles could also deploy as a small “silver bullet” type force during a serious crisis.

Still, the updating of older vehicles might point to concerns about Armata’s viability in the mid-to-long term. The decision to overhaul the T-80s, in particular, has been a curious development that could suggest the Russian military is scrambling to find other ways to modernize its tank fleets in lieu of procuring the T-14 en masse.

The Kremlin had planned to retire all of its remaining T-80s by 2015, but decided to put them through a deep overhaul and upgrade two years later. The vehicles, which appear similar to the T-72 and its successor the T-90, are a distinct design that the Soviets originally built at a plant in Ukraine.

Based on the T-64 and featuring a gas turbine engine like the American M1 Abrams, the design turned out to be substantially more complex and maintenance intensive than the traditional diesel-powered T-72. Ukraine went so far as to refit its T-80s with diesel-engines, a decision that carried over to its improved T-84 design.

T-80s and their derivatives have not seen nearly as much use in Russia, or elsewhere, compared to the T-72 family. As of 2016, the Russian Army had nearly 2,000 T-72s and 350 T-90s in service, but only 450 T-80s, according to the International Institute for Security Studies’ The Military Balance for that year.

The Russians would have had to have made a very conscious decision to refurbish this relatively small number of logistically demanding and fuel-hungry vehicles rather than devote those resources to other projects, including just pulling more T-72s out of storage and rebuilding them to the capable T-72B3 standard. Another factor, in this case, could have been that the gas turbine-powered T-80s perform better in cold weather climates and could be more suitable for Russia’s dramatically expanding plans for militarizing the Arctic Region.

As with the Su-57, by the time Russia might decide to pursue mass production of the T-14, or even have the resources to do so, the situation may have changed, as well. It seems likely that UVZ is continuing to mature the design and could use it as a springboard to a further advanced tank concept. The Kremlin’s abortive work on the Black Eagle and T-95 designs in the 1990s and 2000s similarly helped pave the way for the Armata.

It’s not hard to imagine that there might be yet another new Russian tank that everyone will be talking about in another five to seven years. In the meantime, the Kremlin looks set to continue squeezing the very most capability possible out of its venerable Cold War-era types. 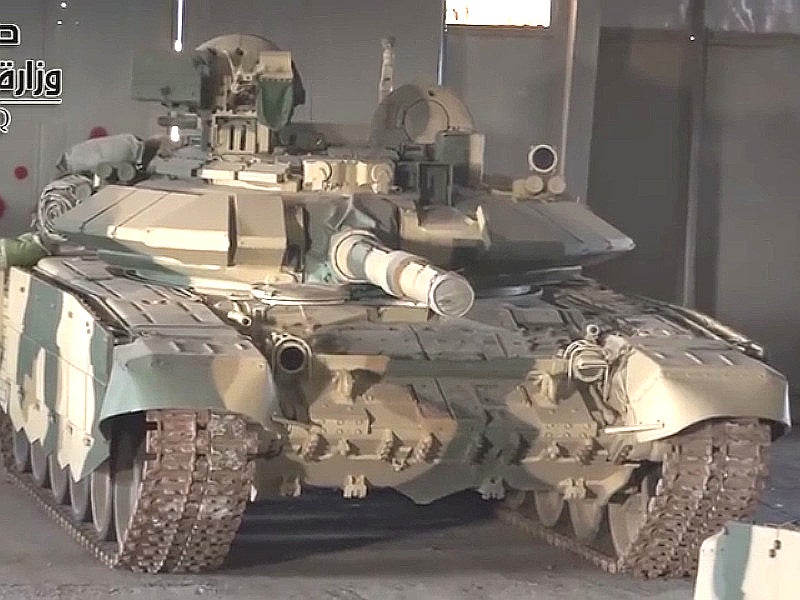 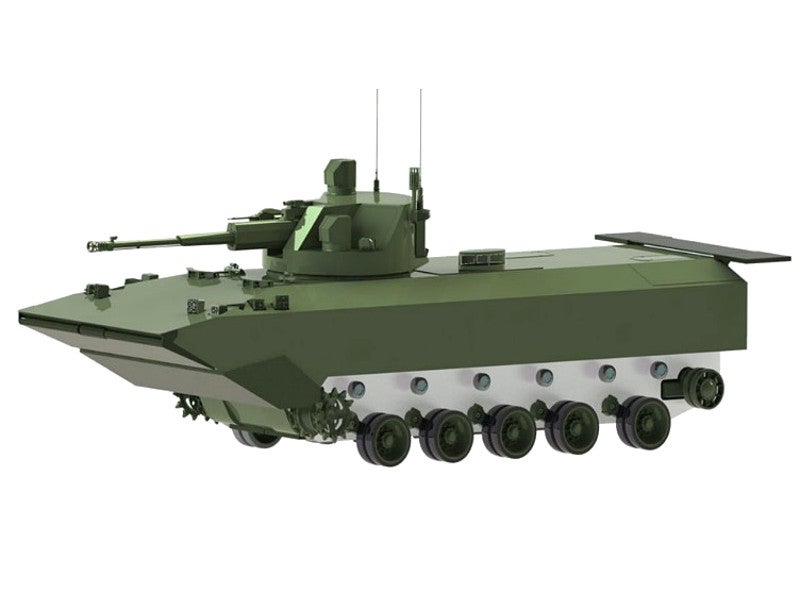