The Air Force is still exploring expanding the aircraft’s capabilities and mission sets even after more than 60 years of service.

The Air Force Research Laboratory is planning to install a new system, or systems, that it calls “Symphony” on a U-2S Dragon Lady spy plane, which will require a new underwing mission pod called the “Irascible pod.” The Air Force can’t say yet what the equipment does, but the project may be related to the “Triple Intelligence” concept that aircraft’s manufacturer, Lockheed Martin, has been pitching to the service since at least March 2018 or another effort to grow the plane's capabilities.

On July 20, 2018, the 25th Air Force, previously known as the Air Force Intelligence, Surveillance, and Reconnaissance (ISR) Agency, announced plans to hire Lockheed Martin to help in the development of the Irascible Pod in support of the Symphony program on FedBizOpps, the central U.S. government contracting website. The Maryland-headquartered defense contractor continues to be the sole provider of heavy depot maintenance and other major support services for the Air Force’s U-2 fleet at Site 2 within its facilities at Plant 42 in Palmdale, California.

“Overall, this effort is to gain air worthiness approval to fly the pod,” Brian Cook, Chief of the Air Force Cryptologic Office for ISR-Cyber and Multi-Domain Innovation, part of the 25th Air Force, told The War Zone in a statement regarding the contracting notice. “We aren't demonstrating the pod's payload capabilities, but envision the capability to generate/perform cross-functional effects at some future point.”

Cook couldn’t offer any additional details about possible payloads or Irascible itself, but did note that the Air Force Research Laboratory’s engineer lead on the project had come up with the moniker for the pod and that it wasn’t a forced acronym. Unfortunately, we don’t have any more information on why that unnamed individual chose this particular word, which means quick to anger.

We do know from the FedBizOpps announcement that Irascible Pod is a "reconfigured" underwing Super Pod, but we don't know if this means it is simply a change in the unit's internal arrangement or a more extensive modification of the entire assembly. The Air Force's U-2S aircraft can carry one Super Pod under each wing to accommodate additional sensors or other equipment.

The basic description, as well as Cook’s duty title, could point toward Lockheed Martin’s still-in-development Triple Intelligence concept, also known as “Tri-Intelligence” or “Tri-INT,” for the U-2S. From the details available now about that proposed modification, it would require either rearranging the sensor suites inside the aircraft’s Super Pods or developing entirely new pods to accommodate the necessary equipment.

As it stands now, the Air Force’s Dragon Lady’s can fly in one of two primary configurations. One includes the Senior Year Electro Optical Reconnaissance System-2 (SYERS-2) multi-spectral camera, while the other features the Advanced Synthetic Aperture Radar System-2 (ASARS-2) imagining radar. The spy planes can only carry one or the other in the nose.

The aircraft also typically fly with the Senior Glass signals intelligence suite in the Super Pods and elsewhere in the fuselage. You can read more about the functionalities of these different sensors here and the different U-2 configurations here.

Lockheed Martin’s plan for the Triple Intelligence arrangement is to devise a way to consolidate the components of Senior Glass so that they fit inside just one pod and potentially improve upon its capabilities at the same time. A multi-spectral camera, such as the United Technologies Aerospace Systems’ (UTAS) MS-177A, would go under the other wing.

This would allow the U-2S to simultaneously be able to collect multi-spectral still imagery and full-motion video, radar imagery, and signals intelligence – hence the Triple Intelligence name. This, in turn, would make each Dragon Lady much more flexible individually and allow a smaller number of the aircraft to scoop up the more information during fewer sorties, speeding up the intelligence gathering process overall.

This concept would seem to align well with the “cross-functional effects” that the 25th Air Force’s Cook alluded to in his statement as being the ultimate goal for the Symphony system in the new Irascible pod. The Air Force Cryptologic Office, which liaises with the National Security Agency and is co-located with that organization at Fort Meade, Georgia, undoubtedly has an interest and input in any changes to the Senior Glass system and the U-2’s overall signals intelligence capabilities in particular.

It is also possible that Symphony and the Irascible pod are unrelated to the Triple Intelligence concept. Despite the Air Force’s Cryptologic Office’s involvement, they might not have anything to do with signal snooping, or be limited to that role, either.

Given the aggressive name of the pod itself, the arrangement could potentially be a new electronic warfare system that might even allow for more directed electronic attacks against hostile emitters. The Dragon Lady already has an advanced self-defense system to detect and jam enemy radars and missiles.

Similarly, taking in account Cook’s ISR, cyber, and multi-domain titles, Symphony might have something to do with increased sharing or the integrating of information from multiple sources, including space-based and cyberspace assets. In June 2018, Air Combat Command gained control of 24th Air Force, also known as Air Forces Cyber, in part to better sync that organization’s cyber defense and cyber warfare mission with the 25th’s intelligence gathering focus.

This would hardly be the first time the Air Force has experimented with expanding the U-2’s mission set. In 2017, the service demonstrated the ability of the aircraft to operate as a communications and data hub and relay similar to Battlefield Airborne Communications Node (BACN) aircraft using a Lockheed Martin designed system known as the “Einstein Box.”

The Air Force is also looking to replace its aging E-8C Joint Surveillance Target Attack Radar System (JSTARS) battlefield management command and control planes with a mix of different platforms providing various portions of the older aircraft's functionality. It is possible that the service might consider adding the U-2 to that mix as a sensor platform or communications node.

“Multi-domain command and control…to me that’s part of how do you fuse data and get it out to the tactical edge,” U.S. Air Force Lieutenant General  Veralinn Jamieson, the service’s Deputy Chief of Staff for Intelligence, Surveillance, and Reconnaissance, told reporters at an event the Air Force Association’s Mitchell Institute sponsored in January 2018. “How do we actually go in with space integrated in there, integrating with cyber, from an ISR support and operations perspective?”

In any of these roles, as is the case with its existing intelligence function, the U-2S would continue to be relevant in “marginally contested” environments given that it can fly at altitudes above 70,000 feet and features the aforementioned highly capable self-defense systems. From those heights, the aircraft can look deeply into certain target areas without actually having to risk flying directly over them. Depending on the range and capability of any new communications or other systems, the aircraft might similarly be able to orbit at a safer distance required to avoid ever improving air defenses of potential high-end adversaries.

But regardless of what capabilities Symphony and the Irascible pod end up offering the U-2, the project is another clear indication that the Air Force remains invested in the Dragon Lady as a capable multi-purpose platform even after more than six decades of operation. In May 2017, the service abandoned its most recent plans to retire the manned aircraft and replace them with RQ-4 Global Hawk drones, electing to operate both types for the foreseeable future.

Lockheed Martin had proposed, and may still be offering, unmanned or pilot-optional aircraft based on the venerable U-2 design, or derived from it, as alternatives itself. But the reality is that the RQ-4 cannot fly as high as the U-2 or carry the same breadth and quantity of systems, making the Dragon Lady a high-flying sensor truck the service just can't dispense with.

We’re definitely eager to see what new tricks the service might have in store for the aircraft. 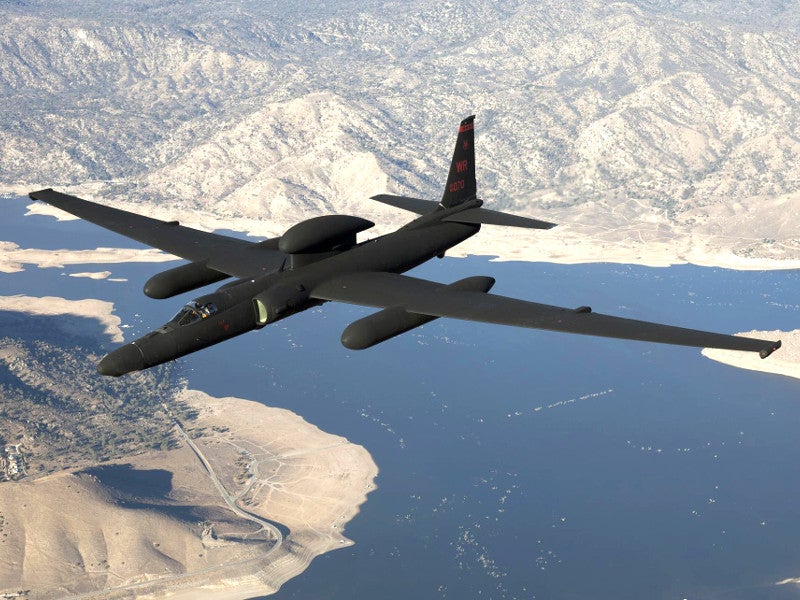 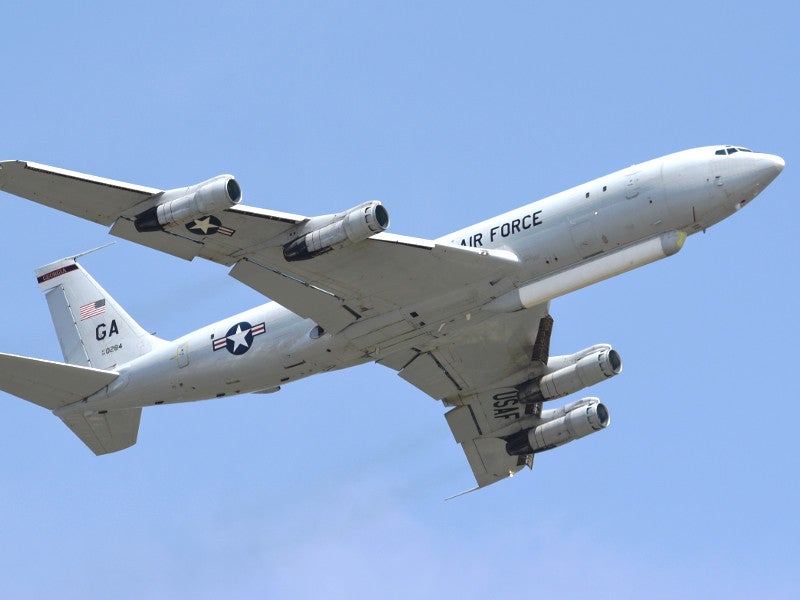 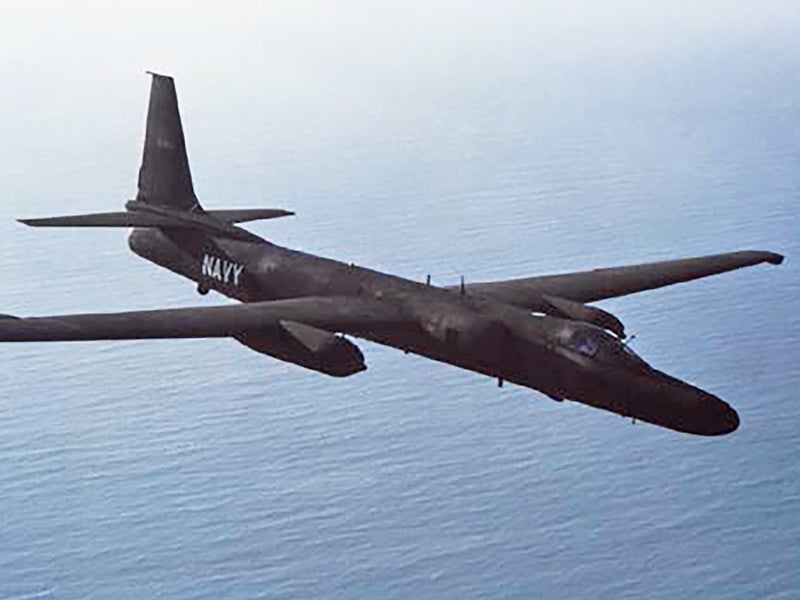