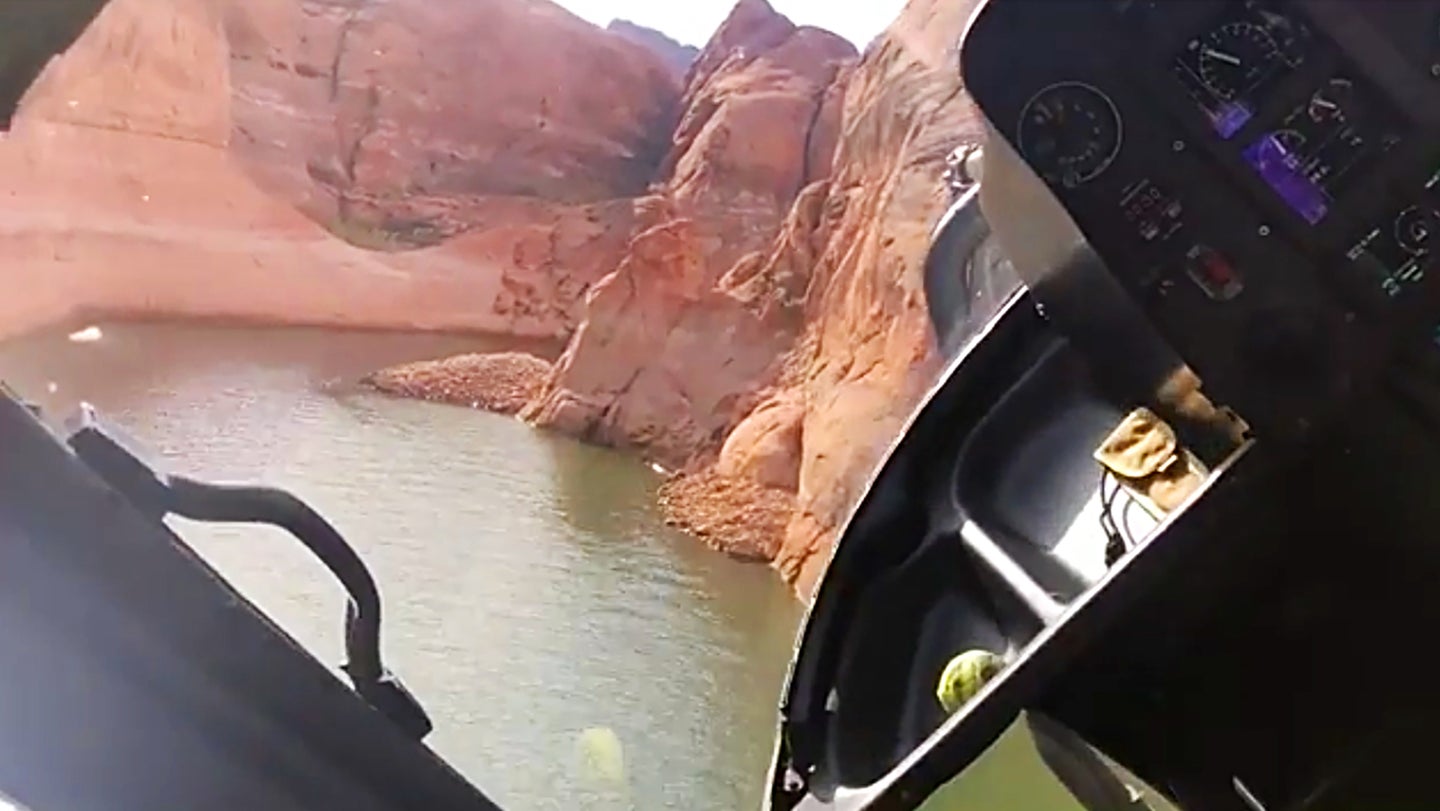 I keep saying it, the best follow on Instagram is stunt and aerial film pilot Fred North. This is the guy who gets all those amazing aerial shots seen in your favorite movies and television shows. The job takes him all over the world to some of the most dramatic and exotic locales on the planet.

With the Eurocopter AS350 AStar chopper as his platform of choice, Fred and his Team 5 Aerials camera operators grab the impossible shots. A couple years back we posted about his crazy flight through Vietnam's Ha Long Bay, and now he has upped the ante by ripping through the ever-tightening and meandering canyons of Lake Powell. The video, shot from within helicopter's cabin, is a seriously terrifying rush to watch and to hear—listen to those blades!. One can only imagine what it was like actually sitting inside that AS350 as Fred did his thing.

The coolest thing about Fred's posts is that you can tell he is having a ball doing his job. Case in point, this video set to the Airwolf theme shot while filming in the jungles of Colombia:

Often times his shots include interactions with other vehicles, and some seem far too close for comfort:

And then there is this terrifying mountain climb:

Anyways, the guy is a master helicopter pilot doing some of the coolest flying on earth. So next time you're in a theater and an awesome action sequence is shown captured from the air, it's probably Fred and Team 5 Aerials work on display. It's also a reminder of how awesome practical effects are compared to the CGI stuff we are pelted with all too often these days.

But would you fly along with him through that canyon? Let us know in the comments below.