The U.S. Air Force has handed out its first medals with an “R” device indicating the award is in relation to “remote” operations involving drones. In doing so, the service has also offered a rare acknowledgment of the secretive activities of its 732nd Operations Group and provided unusually specific details about a mission to take out an individual terrorist.

At a ceremony on July 11, 2018, U.S. Air Force Colonel Julian Cheater, commander of the 432nd Wing presented Meritorious Service Medals and Air Force Commendation Medals with the R device to five airmen from both the 732nd and 432nd Operations Groups. The Wing controls both units and their assigned squadrons. The Air Force did not say which individuals had received which medals and referred to them only by first names due to operational security concerns.

“It is a great honor to recognize the contributions of these Airmen,” Cheater said at the gathering. “Much of the world will never know details of their contributions due to operational security, but rest assured that they have made significant impacts while saving friendly lives.”

By themselves, the awards are a notable step in the Pentagon’s efforts to come to terms with the ubiquity of unmanned aircraft over the battlefield and how to acknowledge the service of their crews, who might never be anywhere near the actual fighting. Even after decades of drone operations, pilotless planes and their activities remain controversial, especially in the public sphere among advocates who challenge the efficacy and legality of using armed examples to kill terrorists and militants in areas outside of traditional war zones.

Within the U.S. military, there has been a struggle for acceptance of “remote” operations, as well. In February 2013, an attempt to craft a specific award for drone crews, the Distinguished Warfare Medal, quickly became the subject of an outcry after it emerged that the honor would go above the Bronze Star, an award for valor in combat, in order of precedence.

Within a month, Secretary of Defense Chuck Hagel killed the plan for what had become derisively known as the “Nintendo Medal.” In 2016, the Pentagon approved the R devices instead. In the Air Force, these can go on the Legion of Merit, Meritorious Service Medal, Air Force Commendation Medal, and Air Force Achievement Medal.

But in awarding these devices, the Air Force will also have to reveal at least some details about the circumstances leading to their award. This could lead to a greater understanding of the service’s drone operations. One crew from the 432nd Operations Group received their medals for successfully eliminating insurgents in a technical truck in an unspecified conflict area while also avoiding civilian casualties. Another individual from that unit received his honor for providing critical support to friendly troops engaged in a firefight below in the face of increasingly poor weather.

It could also lead to additional controversy, especially when it comes to the 732nd Operations Group.  As we at The War Zone recently examined in detail, this unit oversees the Air Force’s most secretive drone units, including three squadrons of MQ-9 Reapers – the 17th, 22nd, and 867th Attack Squadrons – with reported links to the Joint Special Operations Command (JSOC) and the Central Intelligence Agency (CIA). It also oversees the 30th Reconnaissance Squadron, which flies the RQ-170 Sentinel stealth drone, and the top secret 44th Reconnaissance Squadron, which operates still unknown unmanned aircraft.

According to the official citations, the two individuals from the 732nd who received medals at the July 2018 ceremony, referred to only as Major Asa – now retired – and Captain Evan, were involved in what may be a typical operation for the group’s Reaper units. The event involved persistent surveillance and ultimately a strike against a “high-value target and known terrorist” in an unspecified locale in February 2016.

Asa and Evan, who was then a 2nd Lieutenant, helped surveil this unnamed individual over a period of 74 days before the strike occurred. “Once identified, the crew adapted to a dynamic situation as the target traveled through densely populated areas at a high speed,” the Air Force’s press release stated.

The Reaper was not actually responsible for killing the individual in the end in this case. Instead, Asa and Evan’s drone used its laser designator to paint the target for another aircraft operating nearby.

The Air Force did not say if this other aircraft was manned or unmanned, but it could highlight the relatively unexamined cooperation between drones and traditional combat jets in U.S. military targeted strikes. Leaked documents that The Intercept published in 2015 showed that, at least as of 2013, F-15E Strike Eagles flying out of Djibouti were routinely involved in these missions in Somalia and Yemen, working together with MQ-9s and other manned intelligence aircraft.

The Air Force did say that the Asa and Evan directly contributed to a mission that resulted in “successfully removing the theater’s number two high-value individual from the battlefield.” And while we don’t know who this might have been and what “battlefield” it was in this instance, there are some distinct possibilities.

For one, the U.S. military itself acknowledged two strikes against Al Qaeda in the Arabian Peninsula (AQAP) terrorists in Yemen in February 2016. One of these missions reportedly killed one of the Al Qaeda franchise's “regional emir,” Jalal Balaidi. The U.S. government had previously put out a $5 million bounty on Balaidi through its Rewards for Justice program.

Separately, there was one reported CIA-linked strike in Pakistan in February 2016, which allegedly targeted Abdullah and Jamshed Markaz, who had been members of the Haqqani Network. It was unclear if they had died in that attack.

The 2014 documentary film Drone – not to be confused with the 2017 dramatic movie of the same name – featured interviews with former Air Force unmanned aircraft crew members who indicated there was a connection between what was then known as the 17th Reconnaissance Squadron, already part of the 732nd at that time, and CIA-orchestrated targeted killings in Pakistan. The 17th subsequently became an “attack squadron” as part of an Air Force-wide move to rename Reaper units to better reflect their multi-purpose mission set.

“There is a lie hidden within that truth. And the lie is that it's always been the air force that has flown those missions,” Brandon Bryant, a former MQ-1 Predator pilot, said in the film. “The CIA might be the customer but the air force has always flown it. A CIA label is just an excuse to not have to give up any information. That is all it has ever been.”

The Air Force may not be able to entirely conceal this reality for much longer. Given the demanding missions the 732nd’s personnel appear to get tasked with, it seems only likely that they will receive more medals with R devices in the future. Unclassified and declassified award citations have already proven to offer a wealth of information about the extent of otherwise secretive special operations missions around the world.

It will definitely be a balancing act for the service to both acknowledge excellence during these missions and meet the demands of operational security. The Air Force’s drone crews themselves seem to be eager to have a better chance to offer their side of the story, though.

“I went home that night and I knew what I did,” Evan said in an interview for the official Air Force news story. “I think to the outside community, something like this will give a sense of perspective.”

It will definitely be interesting as time goes on to see how often the Air Force decides to award the R devices and what additional information it releases about its drone operations to go along with those awards. 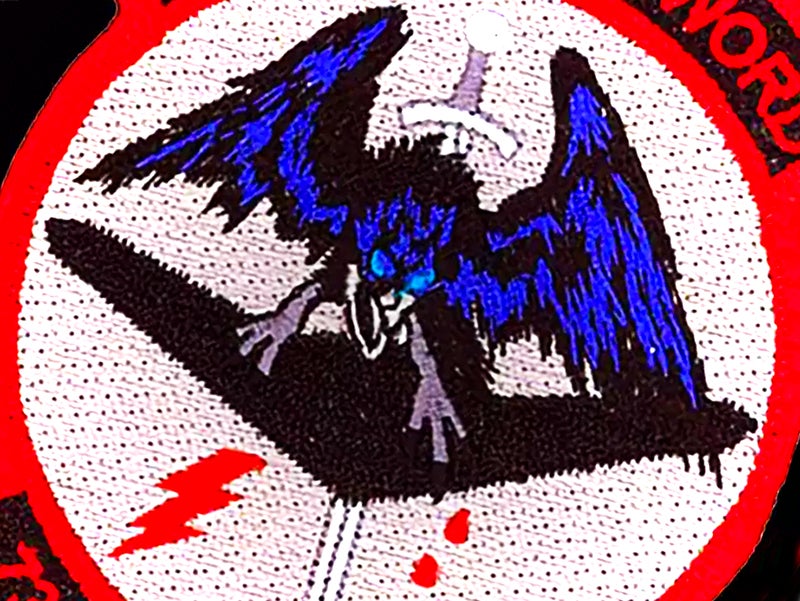 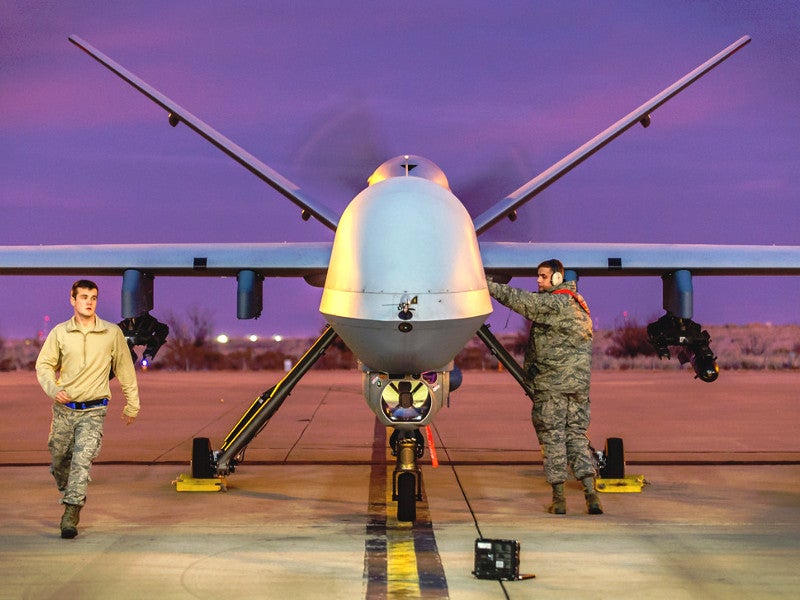 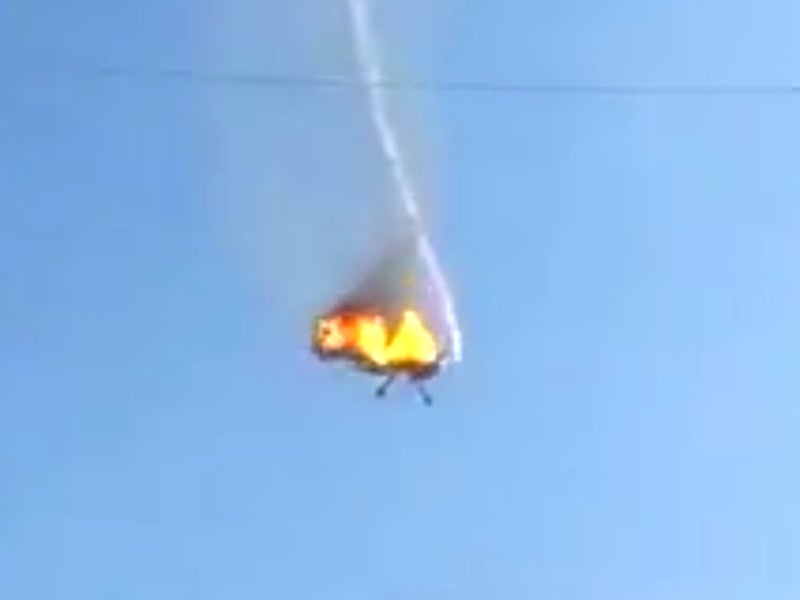