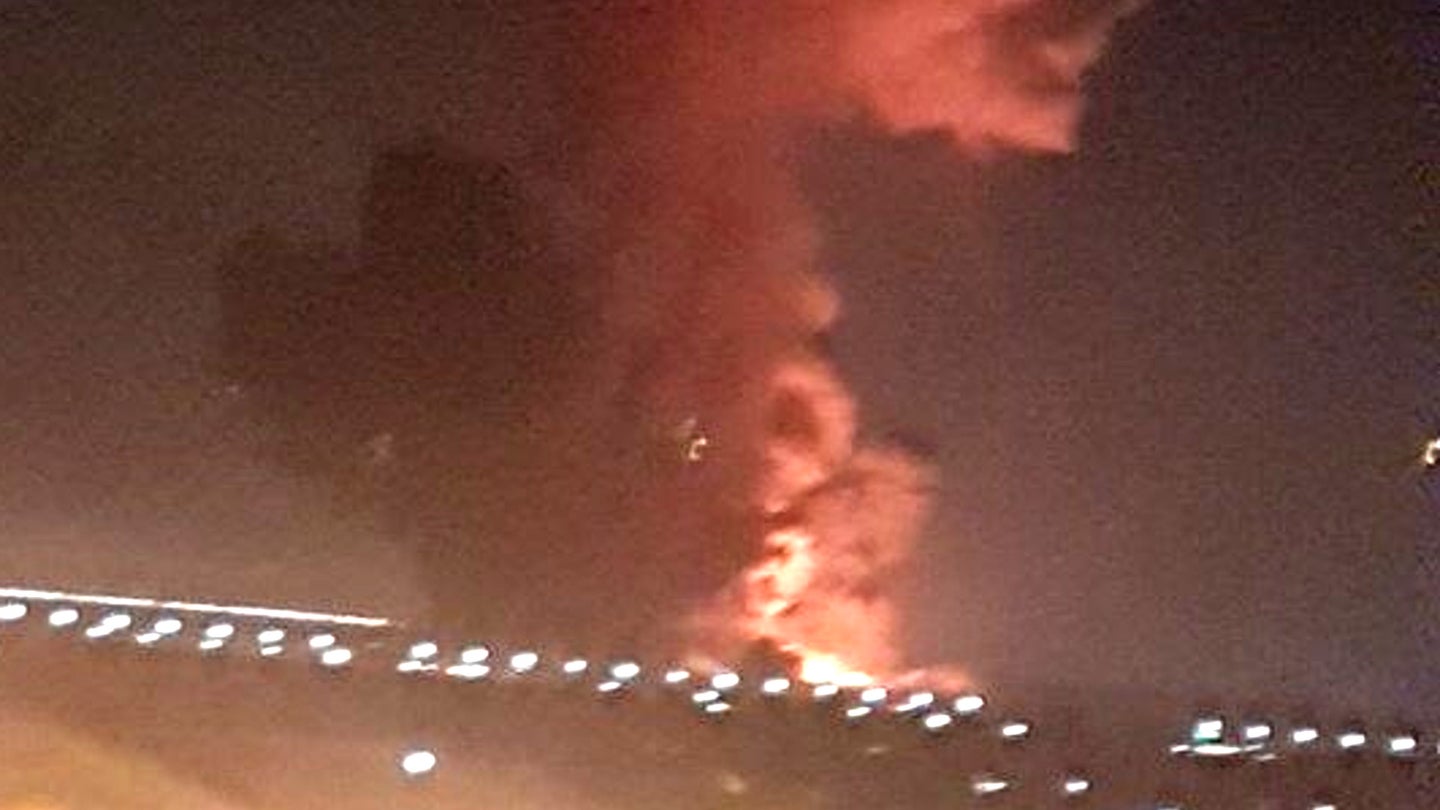 There are very few details as yet, but there has been a massive explosion near Egypt's Cairo International Airport. The blast was loud enough for residents across the Egyptian capital to hear it and photos already show a huge cloud of smoke rising from the site that one can see from many blocks away.

The incident occurred late on July 12, 2018, local time. According to Reuters, officials had suspended all flights from the airport while they investigate the cause of the blast, but Egyptian member of parliament Mustafa Bakri later wrote on Twitter that normal operations had resumed. Egyptian Civil Aviation Minister Younis Al Masry, a former Egyptian Air Force officer who only took up the post in June 2018 during a cabinet shuffle, confirmed that the fuel dump has exploded, but offered no additional information.

Though there is nothing to indicate clearly what happened as yet, Egyptian security forces are in the midst of battling ISIS-aligned terrorists who are based in the Sinai Peninsula. In 2015, the faction managed to smuggle a bomb on board Metrojet Flight 9268 before it left Sharm El Sheikh International Airport on the peninsula, which led to the destruction of the aircraft in flight and the deaths of all 244 passengers and crew on board.

Egyptian authorities have now confirmed that the explosion occurred in a fuel storage area within a chemical plant nearby and that the resulting fire was under control. A spokesperson for the Egyptian Army blamed the incident on "high temperatures," but declined to offer further details. Authorities have not released the name of the company operating the site, either.

Egyptian security forces now say that 12 people were injured in the blast, but there are no reports so far of any fatalities. The name of the company in charge of the facility remains unknown, as well, but new information says that it sits inside cantonment that the Egyptian Army controls.

Author's note: The location of the blast has changed to a location very near the airport, that is reflected in the updated title.