Israel still wants Iran out of Syria as Assad’s troops, backed by Russian and Iranian forces, get closer to its border. 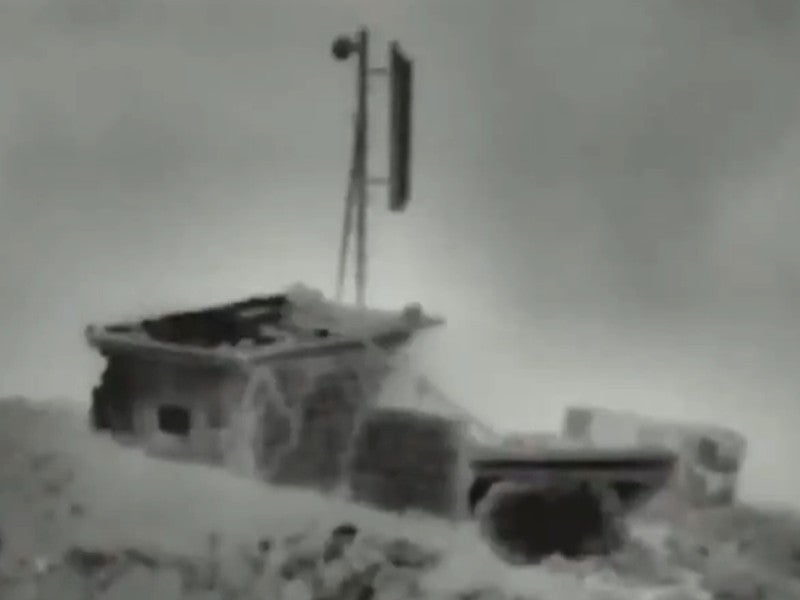 Israel struck three targets in Syria after a drone, reportedly under the control of forces aligned with Syrian dictator Bashar Al Assad, crossed the border and flew 10 miles into Israeli territory. This is the latest in the string of such incidents and came amid a meeting between Israeli Prime Minister Benjamin Netanyahu and Russian President Vladimir Putin to discuss the future of the boundary and the status of Iranian-backed forces in southern Syria.

The chain of events began on July 11, 2018, when unmanned aircraft passed over the border near the contested Golan Heights and Israeli air defense forces shot it down with a Patriot surface-to-air missile. The drone was reportedly in Israeli airspace for approximately 16 minutes and had also flown over neighboring Jordan during its flight. The Israel Defense Forces (IDF) then responded with the strikes in Syria.

“The IDF will continue to operate determinedly and decisively against any attempts to hurt Israeli civilians and breaches of Israeli sovereignty,” the Israeli military’s official Twitter account said after posting videos of the shoot down and the strikes. "The IDF holds the Syrian regime accountable for the actions carried out  in its territory and warns it from further action against Israeli forces."

Syrian forces apparently declined to respond to those attacks. The country’s state-run media did confirm Israel had destroyed the targets in its southern Quneitra Governorate, which borders the Golan.

The Assad regime claimed that Israeli jets had carried out the strikes, but the IDF did not say how it had conducted the operation. In response to an Iranian rocket barrage in May 2018, Israel employed both air- and ground-launched precision-guided munitions.

The video that the IDF released was shot from a low and apparently static position, suggesting that the targets were close enough to the border that the IDF could have employed guided artillery rockets or ground-launched man-in-the-loop missiles rather that combat jets. The targets themselves appeared to be an observation post and a pair of larger structures that could serve as command centers or barracks.

Regardless of the incident’s specifics, it underscores the growing tensions along the Israeli-Syrian border as Assad, with the help of his Russian and Iranian benefactors, continues to reassert his regime’s control over southern Syria. Since a renewed offensive in the area began in June 2018, government forces and supporting militias have made significant gains, causing a large number of rebel fighters to abandon their posts and heavy equipment and cross into Jordan – which could explain, in part, why the drone was flying in the area in the first place.

“You should not base your decisions on the assumption or expectation of a military intervention by us,” the U.S. government reportedly said in a letter to the Free Syrian Army rebel factions, which Reuters obtained on June 23, 2018. “We in the United States government understand the difficult conditions you are facing and still advise the Russians and the Syrian regime not to undertake a military measure that violates the zone.”

Since July 2017, the area had been a designated “de-escalation zone” under a deal between the United States, Russia, and Jordan, but, whether by happenstance or mutual agreement, that arrangement has collapsed. There is

significant evidence to suggest the developing situation is the result of new negotiations between Israel and Russia with the potential involvement of the U.S. government, which is further reinforced by Prime Minister Netanyahu’s visit to Moscow. On July 8, 2018, the Israeli leader reportedly told his cabinet that the meeting would cover two topics in particular.

“First, we will not tolerate the establishment of a military presence by Iran and its proxies anywhere in Syria – not close to the border and not far away from it,” he said, according to an official statement from the Prime Minister’s office. “Second, we will demand that Syria, and the Syrian military, strictly uphold the 1974 Separation of Forces Agreement.”

In 1974, Israel and Syria agreed to a United Nations-enforced buffer zone between the two countries in the Golan Heights pending a final resolution of that territorial dispute. There have been

multiple reports – including the video below – that Syria is violating the terms of that deal and moving forces into this neutral zone.

Netanyahu also reportedly assured Putin that Israel would not attempt to unseat Assad in exchange for meeting these demands. “They [Russia] have an active interest in seeing a stable Assad regime and we in getting the Iranians out. These can clash or it can align,” an unnamed Israeli official told Reuters on July 11, 2018.

But while Russia might be able to convince Assad to abandon any plans to exploit the situation to retake portions of the Golan, there is no indication that the Kremlin has any sway over Iran or their interactions with the Syrian regime. Russian and Iranian officials have increasingly sparred over each others’ presence in the country, but so far the government in Damascus does not appear to have made any clear attempts to sideline one party or the other.

Russia itself has also shown on numerous occasions that it is either unable to or uninterested in exercising its influence over Assad. Putin also heavily downplayed his meeting with Netanyahu, which he described as “private visit” primarily to watch the World Cup.

At the same time, whatever the outcome of any Israeli-Russian agreement might be, Iran does not appear to be interested in reducing its presence in southern Syria. In June 2018, Liwa Zulfiqar, an Iranian-supported Iraqi Shia milita in Syria, posted a video online showing its fighters supporting the Assad’s offensive in the border region. According to the Long War Journal, other imagery purporting to show fighters from Liwa Fatemiyoun, an Afghan Shia militia, or the Lebanese militant group Hezbollah in the same area were actually years old.

Even if the parties reach a deal, there’s no guarantee it will hold, as I wrote in June 2018 after another drone incursion into Israel:

"If that deal falters, Israel could easily find itself facing a complicated mix of Syrian, Russian, and Iranian forces along the shared boundary. Israel, as well as the United States, might also find they have few willing partners left in the region to oppose those forces, having ostensibly cast them aside in this attempt to get Iran off the border.

"As always when it comes to the conflict in and around Syria, there is a significant potential for any subsequent crisis to rapidly escalate into a larger conflagration. Assad could seek to play his Russian and Iranian benefactors off of each other while at the same time attempting to reassert himself in southern Syria to include parts of the Golan.

"Israel is unlikely to find that any more acceptable than Iranian forces massed along their border in Syria and could decide to take unilateral action if the United Nations proves incapable of forcing Assad to temper his ambitions. Regardless of the outcome, the regime in Damascus would be hard pressed to ever completely deny Iran and Iranian-backed militias the freedom to at least harass Israeli, which serves its own interests."

There is also the matter of U.S. President Donald Trump’s upcoming summit with Vladimir Putin, scheduled to occur on July 16, 2018. The two leaders are set to discuss the situation in Syria and Trump has repeatedly said he wants to withdraw U.S. military forces from the conflict.

It is possible that the U.S. and Russian governments might seek to make an exchange of sorts in support of Israel’s policy objectives. There has also been the suggestion that Trump may look to accept that Ukraine’s Crimea region is now part of Russia, or at least ease sanctions over the Kremlin's illegal occupation of the Peninsula, in exchange for this or other concessions.

“More than one senior Israeli official has suggested to me that the United States should, in effect, ‘trade Ukraine for Syria,’” Daniel Shapiro, a former U.S. ambassador to Israel and now visiting fellow at the Institute for National Security Studies in Tel Aviv, wrote in a recent op-ed in the Israeli newspaper Haaretz. “Look the other way at Russia’s takeover of portions of Ukraine as the price for Russia expelling Iran from Syria.”

These are bargaining chips that can only be spent once, though. Doing so could easily limit the ability for Israel or the United States to negotiate again with Russia, or Assad himself, in the event that any agreement fails. This could leave the parties facing the prospect of a newly tense status quo and the increased potential for outright conflict.

The latest drone overflight of Israel, and the Israeli military response, only serves to highlight how fragile the situation is already.

Israel and Russia reportedly struck a deal to get Iran off the Israeli border, but there may already be cracks appearing in any such arrangement.