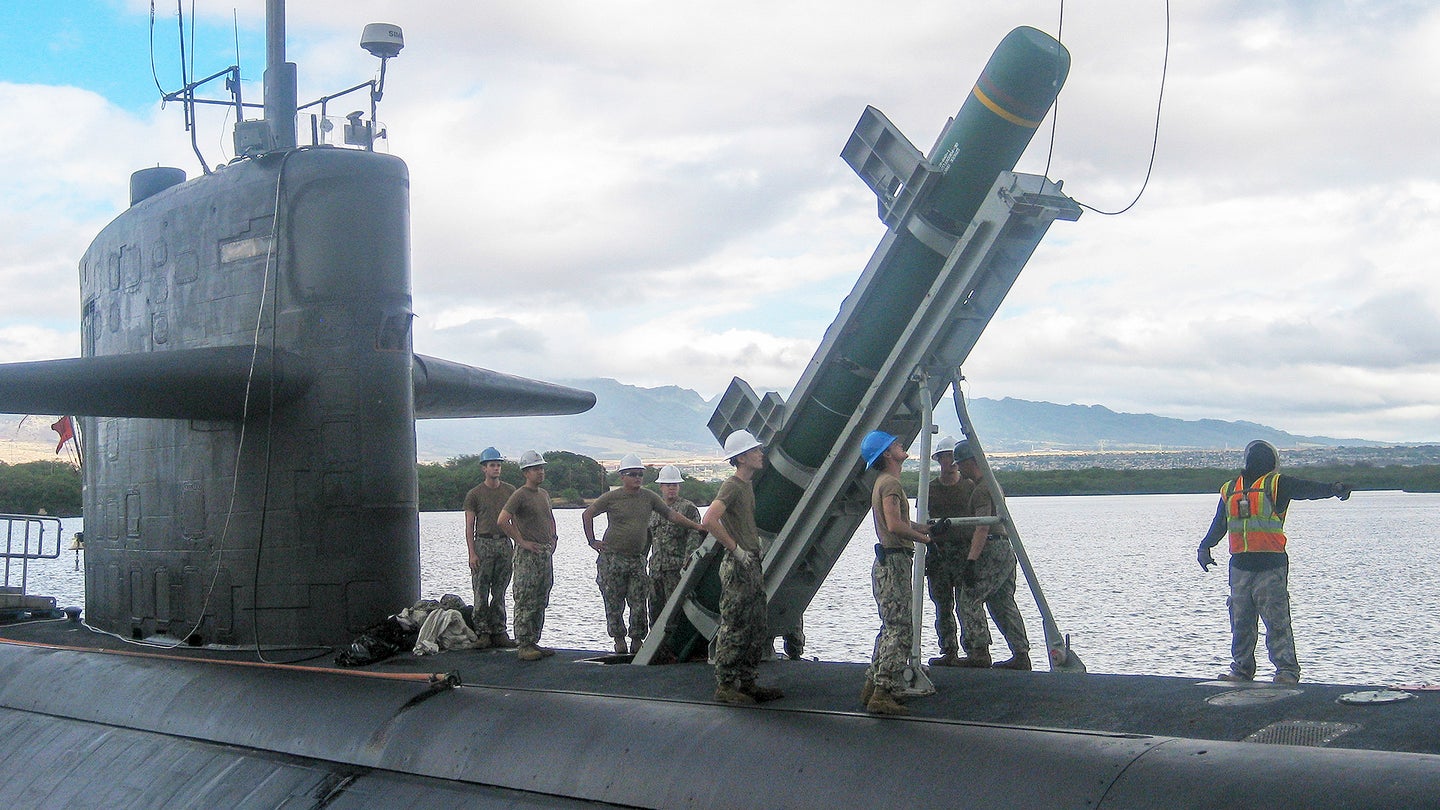 As part of the many unique evolutions during the Navy's giant, biannual, multi-national naval exercise known as Rim Of The Pacific or RIMPAC, a U.S. Navy nuclear fast attack submarine will be fire a live UGM-84 Harpoon anti-ship missile at a target in the waters off of Hawaii. What's interesting is that Harpoon missiles were stripped from American submarines over 20 years ago, but the standoff range and flexibility that anti-ship missiles provide are once again becoming in-demand capability for America's submarine force and its surface fleet as well.

The U.S. Navy posted shots of a UGM-84 being loaded onto the Los Angeles class fast attack submarine USS Olympia (SSN-717), but no additional information was given beyond the fact that it would be used for a live-fire exercise during RIMPAC. Olympia is the second oldest submarine in the Navy's fast attack fleet, having been commissioned in 1984.

Today, U.S. Navy submarines rely on their torpedoes alone for anti-ship warfare, but there has been some talk of the Harpoon returning to the torpedo tubes of America's SSNs. Yet a clear plan to do so has not been put in place—at least as far as we know. The Block IV Tomahawk cruise missile has a secondary anti-ship capability though, which could negate the need for the much shorter-ranged (about 90 miles versus 900 miles) and less flexible Harpoon to be reintegrated into America's subsurface arsenal.

The Navy is also working on classified submarine-launched anti-ship missile systems that are far more exotic in nature than the Harpoon or the latest iteration of the Tomahawk. It's possible that this test is related to such a program and uses a Harpoon as a surrogate weapon to evaluate a particular tactical scenario. We also don't know the exact configuration of the Harpoon being used in the test but UGM-84D models are known to be compatible with the Los Angeles class.

It's also worth mentioning that surface and air-launched versions of the Harpoon still serve in the U.S. military and in dozens of militaries around the globe. But the Navy is slowly stepping away from the four-decade-old design and working on fielding stealthier and smarter anti-ship missiles types.

We will probably find out more about this particular part of the exercise after it occurs as live-fire portions of RIMPAC often get a big public affairs boost. This is particularly so if the weapon in question is being used as part of SINKEX drill where retired a Navy ship will be pummeled with various munitions until it succumbs to the sea.

Regardless, this is yet another sign that after decades of hibernation, the Pentagon is taking a whole new interest in anti-ship missiles as a result of a new era of anti-access and area-denial warfare riding peer-state competition on the high seas.

We'll let you know when we find out more information.