The U.S. Navy, on behalf of the U.S. Marines, recently completed a five-week long series of live-fire tests involving a KC-130J Hercules aircraft equipped with the latest version of the Harvest Hawk armament kit. The full, upgraded package will include the ability to fire new weapons, improved sensors, an electronic warfare capability, and other changes that will make the systems easier to operate, cheaper to maintain, and more readily able to accept additional updates in the future.

Earlier in June 2018, Naval Air Systems Command (NAVAIR) announced that a crew from Air Test and Evaluation Squadron Two Zero (VX-20) had completed the experiments, which included strikes against stationary and moving test targets, at Naval Air Weapons Station China Lake in California. The Marines first announced plans to upgrade the Harvest Hawk system back in 2016 and the Navy says the upgraded arrangement, which it is now calling Harvest Hawk Plus, or HH+, will begin entering service in the first half of 2019.

“The upgrade allows the Harvest Hawk to use newer missile variants,” Greg Kuntz, a NAVAIR spokesperson, said in an Email to The War Zone. “The system also delivers a more ergonomic and maintainable mission operator pallet, improved video and imaging, and greater targeting capabilities.”

The Navy paired the tests with a routine iteration of the Marine Corps’ Weapons Tactics Instructor (WTI) course at Marine Corps Air Station Yuma in neighboring Arizona. WTI’s are capstone exercises for Marine aviators that push them to show their mastery of combat aviation, tactics application, and battle planning. Adding the HH+ aircraft to the mix would have provided a perfect opportunity for those Marines to observe and offer feedback about the aircraft’s new capabilities.

The Marines are already well familiar with the existing Harvest Hawk kit, which they began testing in 2009 and saw its first combat to Afghanistan in 2010. The service also employed the aircraft in Iraq. Its primary weapons on those deployments since then have been the AGM-114P2 and P2A Hellfire II and AGM-176 Griffin precision-guided missiles, as well as the GBU-44/B Viper Strike glide bomb.

The HH+ kit will allow Marine crews to fire the improved AGM-114P4 and P4A missiles. The new variants include an Inertial Measuring Unit, which improves the missile's ability to maneuver. This will make the weapon more precise and better able to engage moving enemies.

The P4s otherwise have the same anti-armor warhead, which features a tandem charge to help defeat explosive-reactive armor, as the older P2s. The P2A and P4A subvariants both have an additional fragmentation sleeve around the main explosive payload that sprays shrapnel when the missile explodes to make it more effective against soft targets and enemy personnel.

The Marine Corps eventually plans to replace the Hellfires entirely with the new Joint Air-to-Ground Missile (JAGM). In June 2018, the U.S. Army, which is leading this program, gave Lockheed Martin the green light to start low-rate initial production of the missiles.

These weapons combine various components from the AGM-114R variant, similar in many respects to the P versions, with a new multi-mode guidance package that includes millimeter wave radar and semi-active laser homing functionality. The JAGMs will be compatible with any existing launcher that can fire Hellfire II missiles. The Army expects the new missiles will enter full-rate production in 2019.

In the meantime, NAVAIR says it is working on increasing the total number of Hellfires the Harvest Hawk aircraft can carry as part of a separate effort from the HH+ upgrade. Aircraft with the existing version of the system can only carry four AGM-114Ps at a time, severely limiting the total number of targets the crew can engage with those weapons.

There is the possibility that HH+ could leverage weapons the Air Force has developed for its AC-130s, such as the new multi-mode GBU-69/B glide bomb, in the future, as well. The existing Harvest Hawk system already shares the same standardized common launch tube architecture for employing Griffin and Viper Strike with the AC-130W Stinger II and AC-130J Ghostrider gunships.

Though we asked, NAVAIR's public affairs office wasn't immediately sure about when or even if Harvest Hawk KC-130Js might receive a side-firing 30mm cannon. The Marine Corps said that this would be one of the weapon systems when it first announced the program in 2009, but they subsequently delayed adding that capability indefinitely. The U.S. Air Force has had its own difficulties in adding similar weapons onto its AC-130Ws and AC-130Js, which you can read about more in detail here and here.

But the HH+ kit will add electronic warfare capabilities in the form of the AN/ALQ-231(V)1 Intrepid Tiger II pod. The (V)1 version of the system is focused primarily on scrambling enemy communications and can do so selectively, but it also has the ability to listen in on those transmissions.

This same equipment can jam the frequencies associated with many types of common remotely- trigged improvised explosive devices and can do so semi-autonomously using pre-programmed parameters. The system is also configured in a way that is designed to readily accept new and improved capabilities over time.

The Marines have already fielded a (V)3 version on UH-1Y helicopters that can attack a broader range of radio bands and has improved direction-finding capabilities. There are plans to add in radar jamming functionality in a future Intrepid Tiger II “Block X” upgrade.

The upgraded Harvest Hawks will also replace their Lockheed Martin’s AN/AAQ-30 Target Sight System, a sensor turret with electro-optical and infrared cameras, along with a laser designator, with an L3 Wescam MX-20. NAVAIR says this will give crews on HH+ equipped aircraft better image quality and improved targeting capabilities.

More importantly, the turret will go under the aircraft’s nose, similar to how Air Force has configured its MC-130 special operations transports and dedicated AC-130 gunships. At present, the Harvest Hawk aircraft carry the sensor turret in a modified drop tank under the right wing. Depending on the aircraft’s flight profile, this could limit its field of view. It also just takes up space that could be full of fuel in the tank.

The Marines eventually plan to install the MX-20 turrets on all of their KC-130Js to give crews on those aircraft improved situational awareness in general. This will also make it easier to rapidly move Harvest Hawk kits from one airframe to another.

The HH+ kit features various additional updates that make it simpler to operate and uses an improved fire control system that fits onto an upgraded palletized platform that can roll on and off an aircraft faster. The Marine Corps’ goal with Harvest Hawk from the beginning was to offer an additional, relatively low-cost precision strike and close air support capability that could loiter over the battlefield for a protracted period of time in a low-threat environment. When not necessary, the KC-130Js could go back to their normal cargo-carrying and aerial refueling jobs.

All told, the new upgraded Harvest Hawk kits look set to give Marines important additional capabilities and improve its overall flexibility. At present, there are only ten aircraft, out of a total fleet of nearly 80 KC-130Js, able to employ the existing setup across the Marine Corps. Marine Aerial Refueler Transport Squadron Two Five Two (VMGR-252), part of the East Coast-based 2nd Marine Aircraft Wing, and VMGR-352, on the West Coast with 3rd Marine Aircraft Wing, each have five KC-130Js that can carry the armament package.

At the same time, simply having the ability to install the systems on more aircraft if necessary will not guarantee there are personnel properly trained to employ those capabilities. VMGR-252 and -352 are the only units that prepare KC-130J crews to conduct intelligence, surveillance, and reconnaissance and close air support and strike missions using the Harvest Hawk system.

Adding these skill sets to the training regime more broadly could impact the readiness and availability of the service’s KC-130J fleet by increasing the non-combat workload for the crews and their ground support infrastructure. These are hardly new issues, as our own Tyler Rogoway noted in 2016, writing:

“Still, there may be some issues with the USMC’s ambitions for their historically less than glamorous transport and utility aircraft. The money will have to come from somewhere to see this plan through. Considering the abysmal reality of Marine Air these days, upgrading non-traditional air support platforms like this is a double-edged sword. Adding new platforms that are capable of providing basic close air support and surveillance through an upgrade takes the pressure off of those same tired traditional attack platforms. On the other hand, these upgrades take away dollars that could go into maintaining and upgrading the overworked aircraft that already possess similar (and sometimes vastly superior) capabilities.

“The other issue is that crews can only train for so many missions in a certain amount of flight time allotted. Either the USMC needs to up the flight hours for aircrews and increase simulator availability or other existing mission sets may suffer. Although technology may be able to help facilitate close air support more seamlessly in the future, delivering weapons in close proximity to friendly forces is not a side job. It takes training, lots of training, and confidence to execute the mission reliably. This is a challenge that will have to be confronted if the Corps intends to get the best out of their investment in these types of non-traditional upgrades.”

The cost factor is likely less of a problem now than it might have been when the HH+ upgrade program began, though. President Donald Trump and his administration have requested larger defense budgets than in years prior and they are promising to increase defense spending even more in the future.

On the other hand, aviation maintenance and manpower issues have only become more pronounced since then. The Marine Corps could be especially reticent to truly expand the Harvest Hawk mission at a time when it, and the U.S. military as a whole, is experiencing significant issues keeping aircraft flyable and personnel properly trained in general.

Adding to those broader issues, the vast majority of Marine Corps and Navy C-130T and KC-130T aircraft remain grounded following a deadly crash in 2017. Only 10 of the 43 total T model aircraft were flyable as of April 2018, with the rest awaiting critical upgrades to their propeller systems. The loss of this capability can only have increased the demand on the Marine's KC-130Js to perform their more traditional missions.

But with nearly a decade of experience with Harvest Hawk and having deployed it in actual combat missions on multiple occasions, the Marines clearly see it as worth the cost and effort to maintain and expand this unique capability. 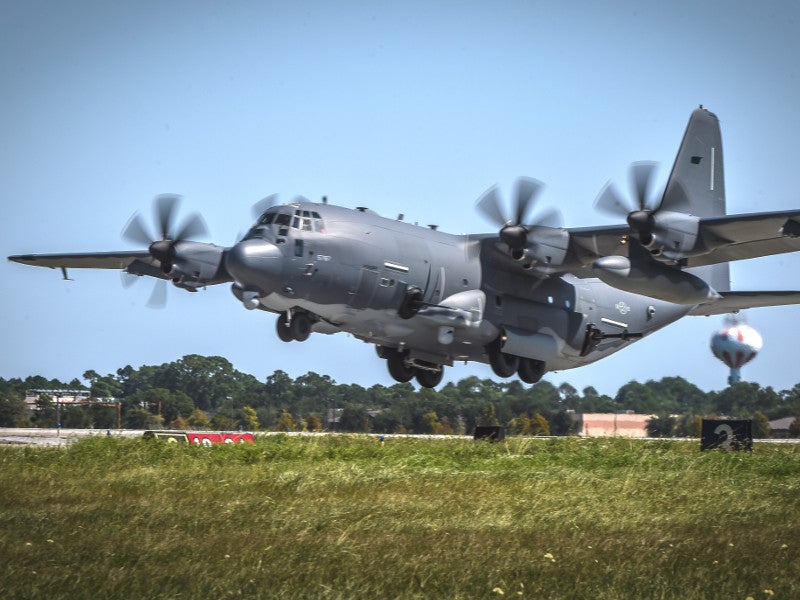 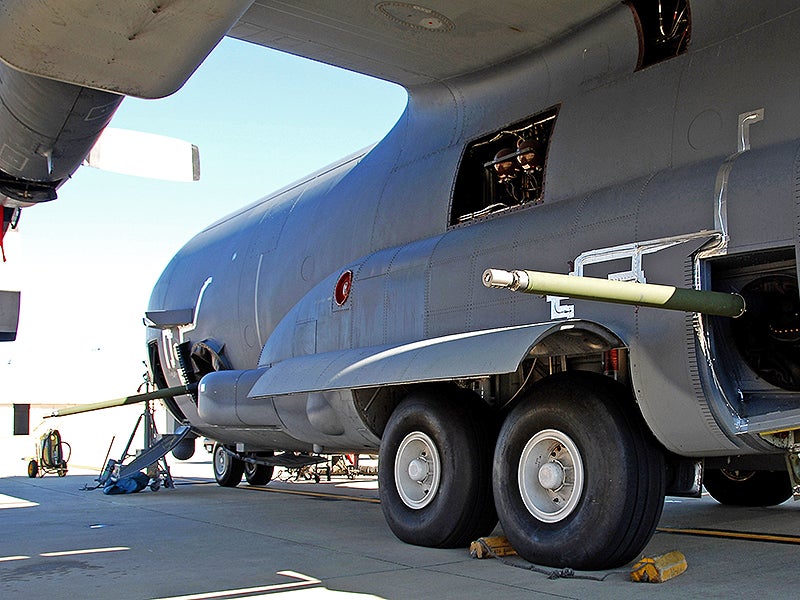 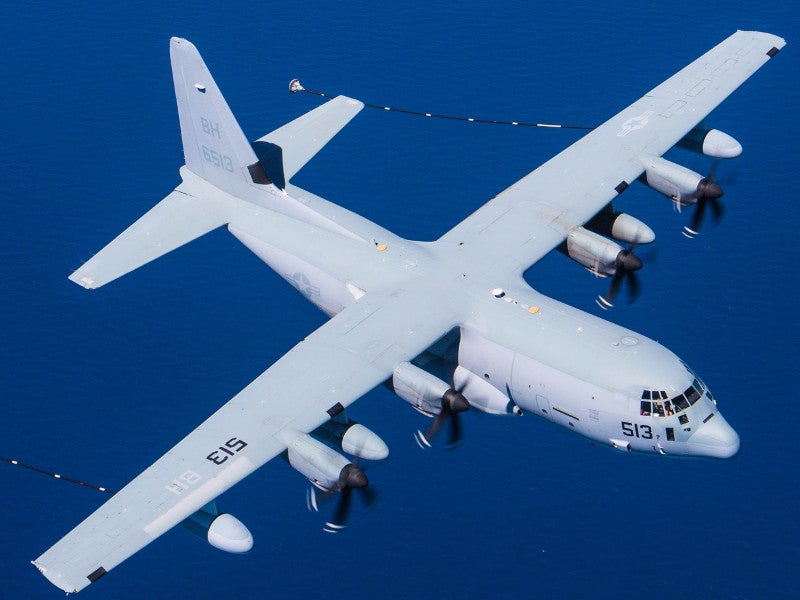 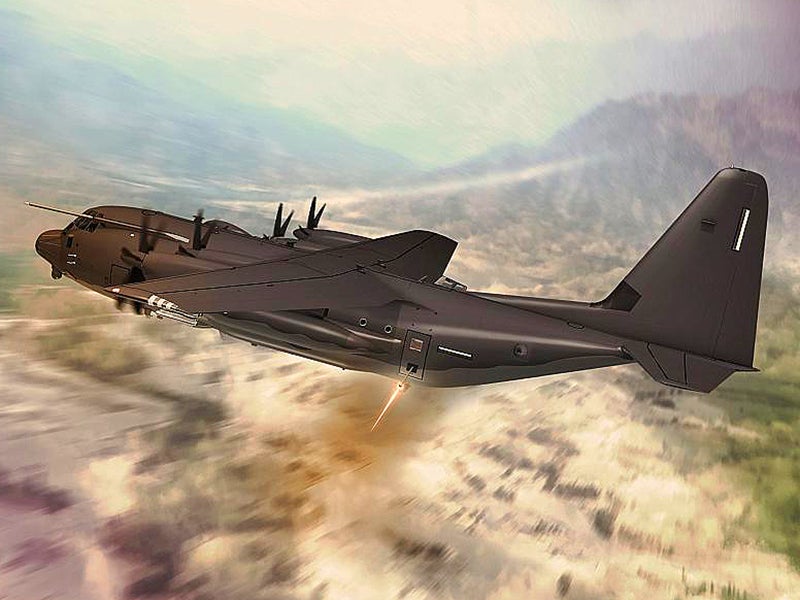