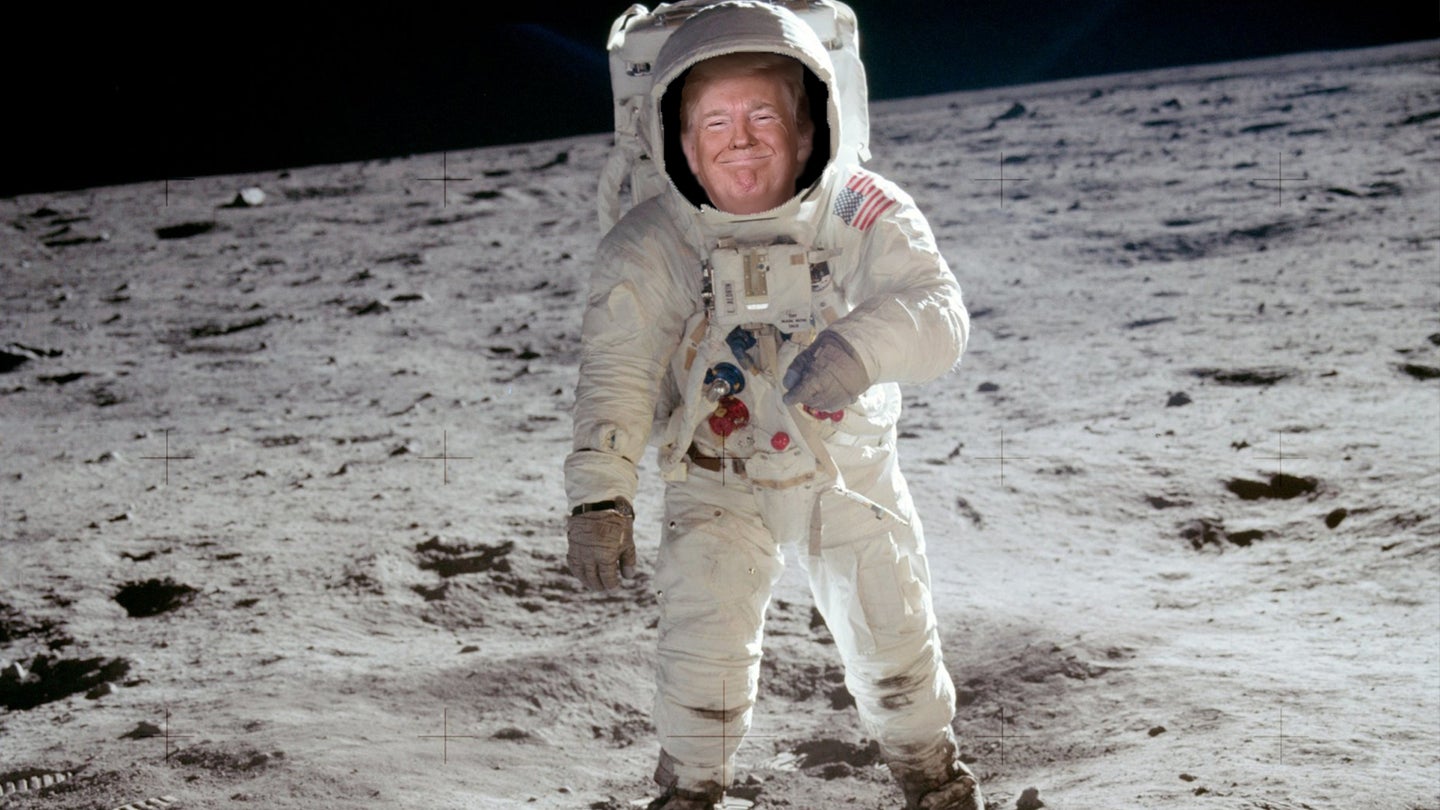 President Trump has been hinting at his intention to direct the Pentagon to create a space force for a while now. Today he did just that, making the establishment of a Space Force a major policy of his administration. You can read all about this supposed Space Force and the questions surrounding it in our major feature on the news. But aside from all the force structure issues, budgetary minutia, and inter-service infighting that goes along with a very controversial move like this, the hyperactive defense-related Twitter community had some seriously funny gems that I thought would be worth sharing.

David Larter wins the MVP award for an awesome string of tweets about who Trump will be tapping for to head-up Space Force:

This little gem comes to us from Royal Air Force photographer @Rawlimark:

@Sgtjanedoe was asking the hard questions:

Prolific tweeter Kelsey Atherton remarked on Trump's use of 'separate but equal' language during his announcement:

One of my contacts was all about the reality of Space Force recruiters:

Valerie Insinna said it best for all of us who have been following the Space Force saga:

Tara Copp foresaw the front row attendees at the next SOTU:

And this one is just a classic:

But out of all the tomfoolery, I think Joseph Dempsey's tweet is my favorite of all:

I am sure we missed some great ones, let us know or post your own in the comments below!