The crash marks yet another in a long and deadly string of major mishaps which have plagued the Pentagon's flying forces over the last six months. 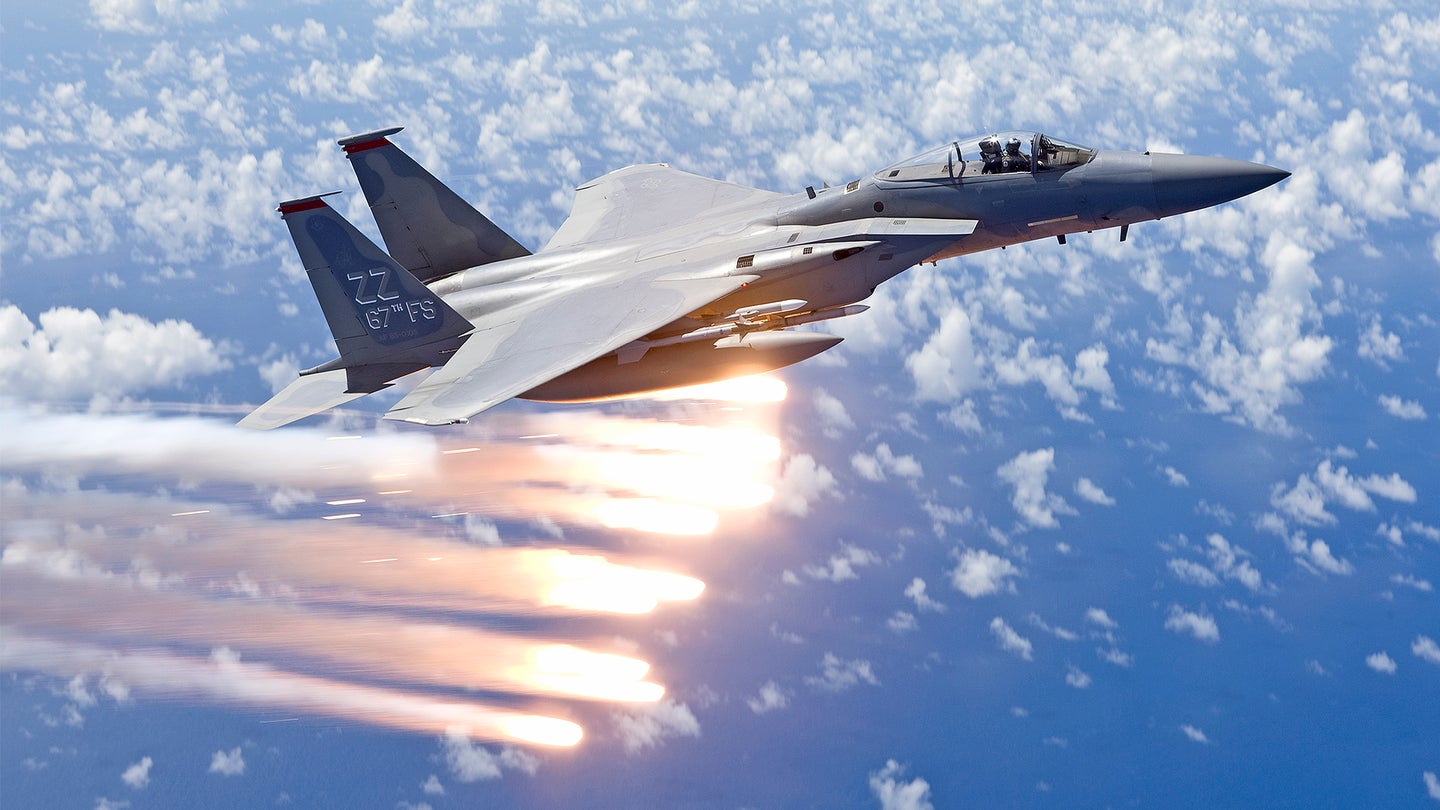 An F-15C Eagle based out of Kadena Air Base on the Japanese island of Okinawa has crashed into the sea. The incident occurred around 6:30am local time. The USAF has noted on Twitter that the pilot ejected and was recovered alive from the ocean.

Two squadrons of USAF F-15C/D Eagles are based at Kadena Air Base as part of the 18th Wing. Widely considered the 'tip of the spear' of forward-deployed USAF forces in the region, 44th and 67th Fighter Squadrons assigned to the wing are considered among the most highly trained and capable air superiority-focused fighter units in the world.

Currently, Kadena is also the temporary home of 14 F-22 Raptors from Alaska that are forward deployed as a theater security package. While at the base, working with two of just three front-line F-15C/D units, all of which are stationed abroad, would be a high priority for the F-22 pilots as they would have to fight together if a major crisis were to arise.

It remains unclear what the F-15 was doing at the time of the incident. The weather in the region has been poor and that time seems odd for normal training operations. We also don't know who plucked the pilot out of the sea, although the 18th Wing has an HH-60G Pavehawk unit, the 33rd Rescue Squadron, assigned that often stands alert to deal with just this type of event.

The USAF's F-15C/D fleet has received upgrades in recent years, including new cockpit displays, Sniper targeting pods, and the highly capable APG-63V3 AESA radar system. More enhancements are planned under the 'Golden Eagle' initiative that aims to outfit roughly 200 F-15Cs for ongoing duty into the coming decades. But this program is now in doubt as a major part of its upgrade roadmap, arguably its most important feature aside from the radar, has been put on indefinite hold.

This costly upgrade included a new digital radar warning receiver and electronic warfare suite that would have made the Eagle far more survivable and deadly in contested environments. Under the new plan, only the F-15E Strike Eagle fleet would get this critical system.

Just days ago, documents emerged that showed the USAF intends to retire the entire F-15C/D fleet in the coming years, although that decision will face stiff opposition in Congress. The possibility of replacing the F-15C/D fleet with upgraded F-16s surfaced last year and remains a very controversial topic to say the least.

Today's crash also comes as yet another aircraft loss in what has been an alarming string of aviation mishaps over the last six months. These incidents have claimed the lives of dozens of U.S. military personnel and a slew of aircraft from all of the services.

At least, in this case, the pilot got out alive, which is far more important than the loss of a piece of equipment regardless of its cost or scarcity.

A helicopter rescue squadron home-stationed at the JASDF's Naha Air Base scooped-up the downed pilot, with Kadena Air Base giving them a shout-out today on social media:

Below is the complete statement from Kadena's 18th Wing. The pilot remains in serious condition as a result of the ejection. The F-15 was on a training mission at the time of the crash, the cause of which remains a mystery. F-15 ops on the base have been halted for the time being.