We have been closely watching movements of aircraft in and out of North Korea since we reported that foreign aircraft will be part of Kim Jong Un's travel plans to Singapore for the historic summit. In recent hours, a number of North Korean and Chinese aircraft have made their way from Pyongyang to Changi Airport in Singapore, with Kim's arrival aboard one of them having just occurred.

The Chinese government, via flag carrier Air China, has supplied North Korea with an Airbus A330 and a Boeing 747. The A330 made a run from Pyongyang to Singapore yesterday before returning back to China. This aircraft seems to have conveyed a North Korean advance team including diplomats and security personnel. The 747-400, which just landed in Singapore, was apparently used to fly Kim and his personal aides to the summit. This would also be consistent with our previous reporting that North Korea had settled on such a plan.

The Jumbo Jet in question is quite special. B-2447 is used by the top rungs of the Chinese government, predominantly President Xi Jinping and his entourage, when traveling abroad. It is capable of being specially outfitted with a VIP interior and has special interfaces for secure satellite communications among other modifications. With this in mind, it wasn't surprising seeing it being used as 'Kim Force One' for this special mission.

In addition to China's contributions, a North Korean Il-76 cargo aircraft made its way from Pyongyang to Singapore hours ago, taking on fuel in China along its route. This aircraft carried Kim's armored Mercedes limos and cargo associated with the trip, likely including his famed portable toilet, along with other security vehicles and personnel.

Maybe the most interesting part of this whole airlift is that Kim's aging, VIP configured Il-62M also made the flight. It was the last in line to arrive in Singapore and appeared to have made a refueling stop somewhere around Liaocheng, China on its way.

Overall this was a fairly impressive aerial display for the leader of a bankrupt pariah state living under crushing international sanctions. It's also worth considering that this level of VIP-related international logistics are largely a new concept for North Korea, although the short flight to Dalian, China to meet with Xi Jinping in early May, which also included an Il-76 cargo jet carrying Kim's limousines and support staff, seems to have been used as a test run for the Singapore Summit.

It's also worth noting that all the aircraft took what appeared to be carefully planned routes that kept them over Chinese territory for the maximum amount of time, with the minimal amount of time over water or in international airspace.

Meanwhile, Air Force One (VC-25A) has taken an interesting route to Singapore as well, flying east across the Atlantic and making a fuel stop in Souda Bay, Greece. This direction is longer than the polar route but doesn't fly over Russia and China. Currently Air Force One is somewhere near India on its final leg to Singapore.

A USAF C-32A—commonly used as Air Force Two—is also heading to Singapore along a similar route, although it stopped at Ramstein Air Base in Germany for an overnight fuel stop. The U.S. airlift contingent, including and the myriad air lifters used to carry the presidential motorcade and helicopters from HMX-1, including 'Marine One,' will be using Paya Lebar Air Base in Singapore instead of Changi Airport. The two airfields are quite close to each other but geographically splitting up the North Korean and American delegations has been a common theme when it comes to the planning of the summit.

An E-4B Advanced Airborne Command Post aircraft that always shadows the President during trips abroad also made its way to Asia for the summit, tanking up over the western Pacific while en route. The E-4B will not land at Paya Lebar, it will stage out of another location within a couple hundred miles of the President's destination as is the common protocol.

Now that Kim Jong Un is in Singapore the circus will truly begin, although it is odd that a formal arrival with all the fanfare that deplaning usually includes from a head of state, especially one that never travels abroad, was absent from Kim's arrival. This could have been a security decision and maybe we will see a video of it from North Korean State Media in the hours to come.

We will also have to keep an eye out for any U.S. military movements nearby that could be used as a backstop to remind North Korea of America's hard-hitting might in the region, especially if negotiations between Trump and Kim hit a rough patch.

Stay tuned as this is bound to be a wild ride and we can only hope the summit will end with the U.S.-North Korean relationship in a far better state than it was in at its start.

Here's our first photo of Kim in Singapore, arriving on B-2447 (top shot replaced with this image):

Air China 747 B-2447 has left Changi. The North Korean Il-62M could be a necessary contingency standby aircraft between scheduled visits by the Air China 747-400.

Here are some good shots of Kim's motorcade:

And YES, his roving phalanx of vehicular guards is back!

Here are some shots and info on the suite Kim and his wife will be staying in during the summit at the St. Regis hotel:

Kim meeting with the Prime Minister of Singapore. Check out all those flashes!

Air Force One just landed under darkness at Paya Lebar Air Base and is taxing in:

After a brief wave to the crowd and a quick stop at the bottom of the airstairs, Trump loaded into The Beast and sped off in one of the largest presidential motorcades I have ever seen. 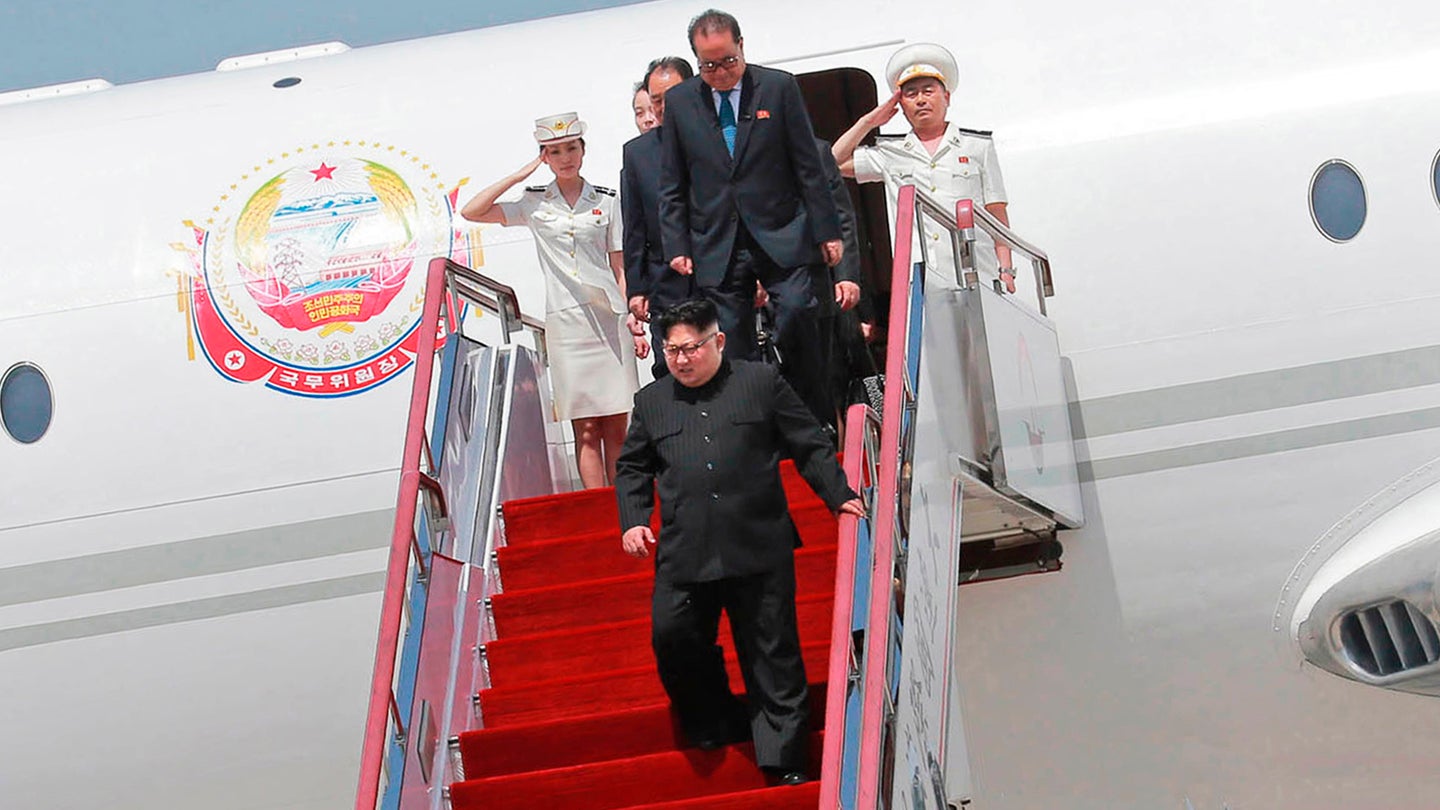 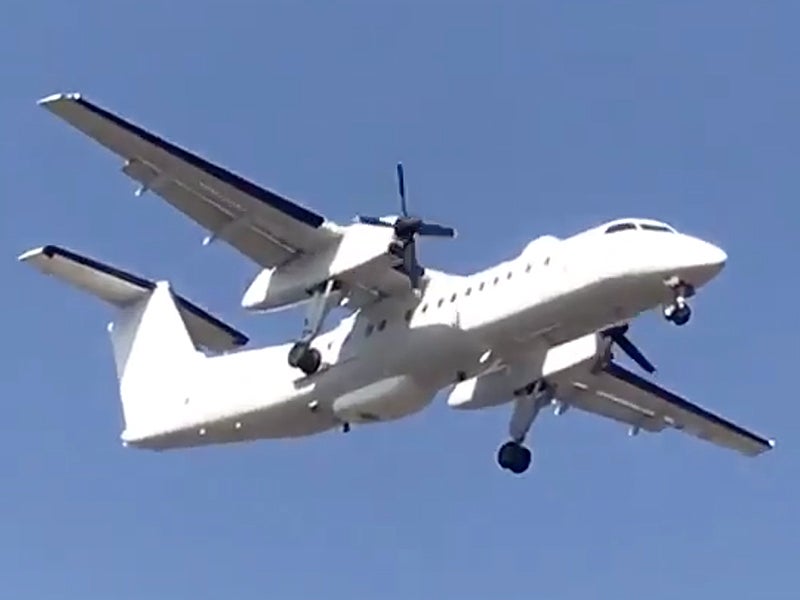 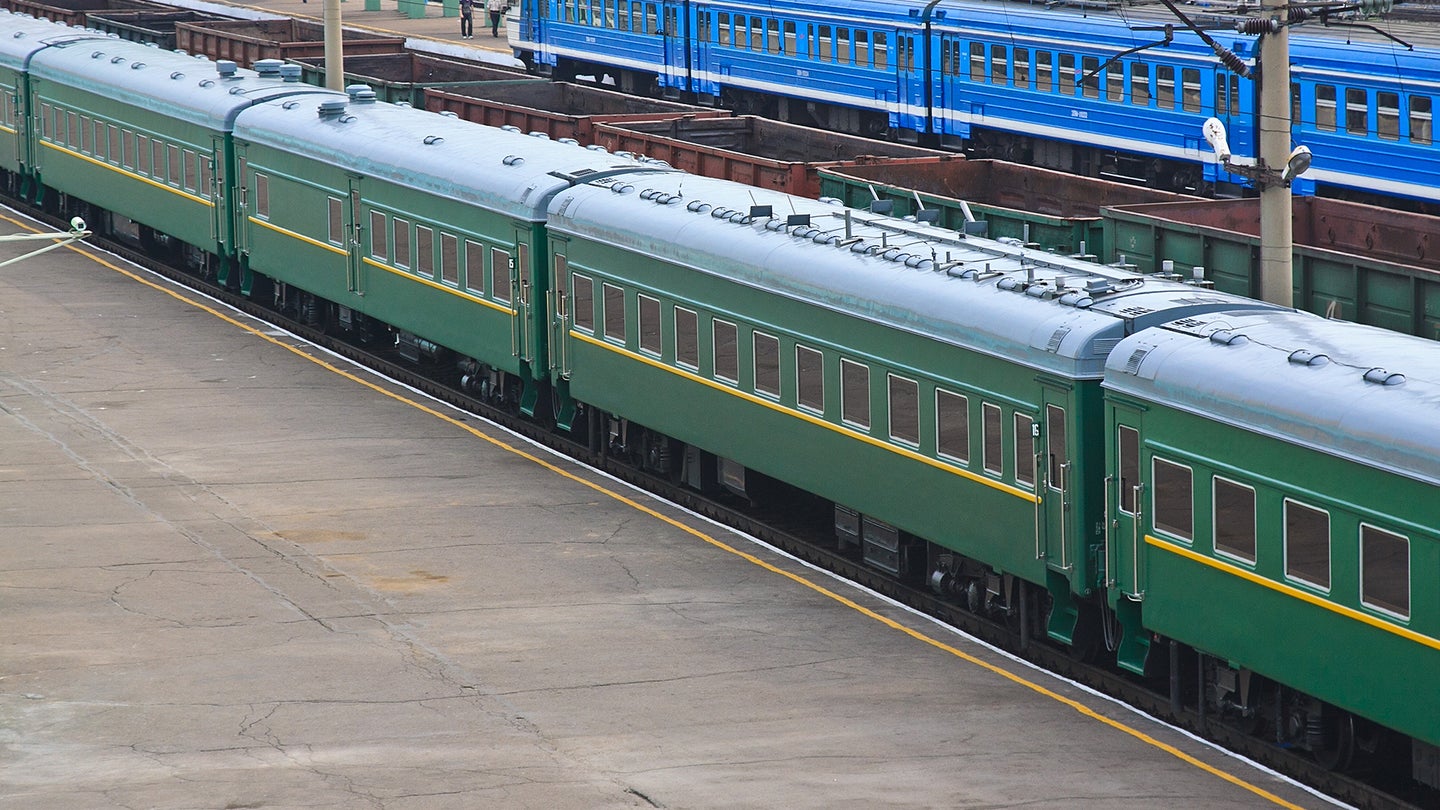