This is the service's fifth non-combat aircraft loss in 2018 and second T-38 crash in six months.

By Joseph Trevithick and Tyler Rogoway May 23, 2018 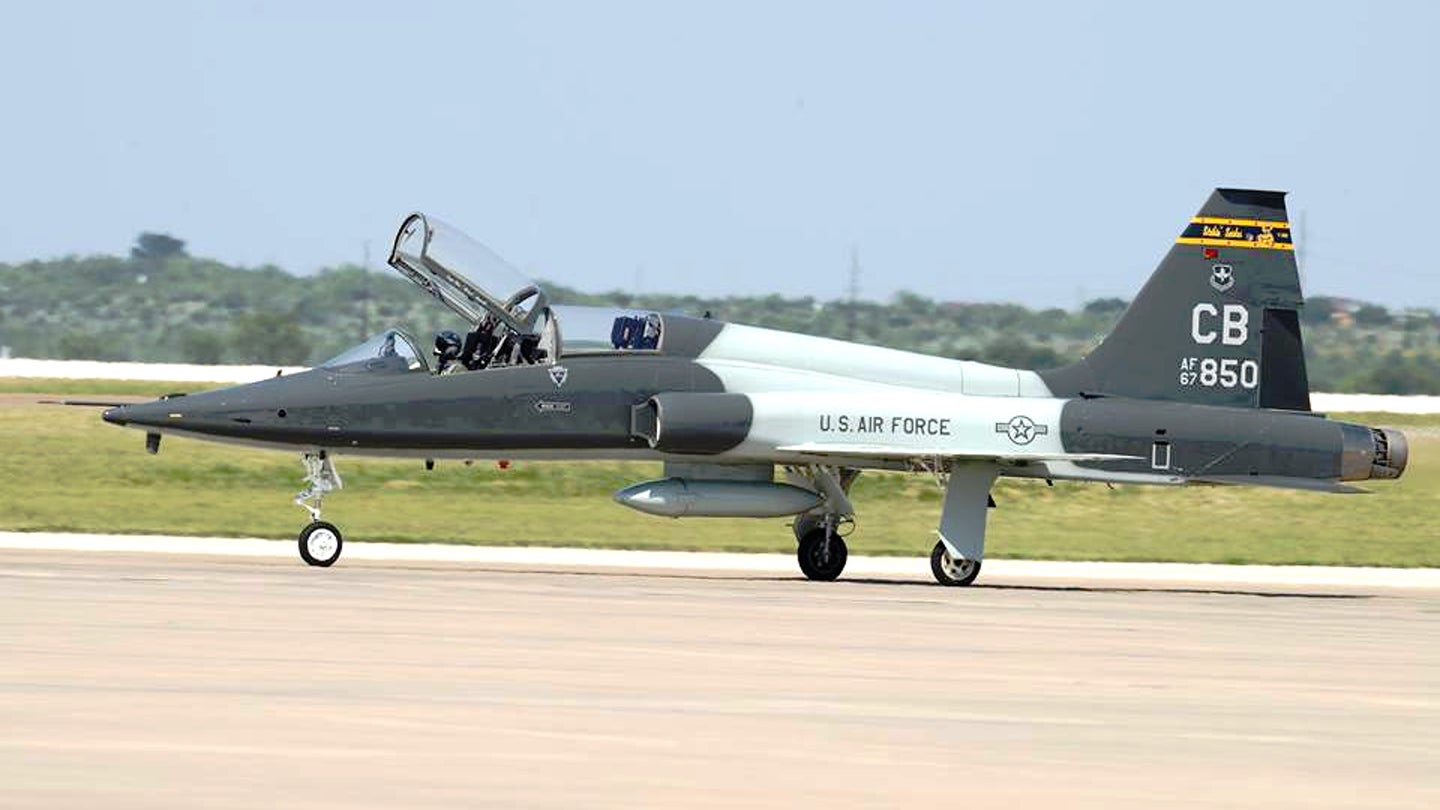 Details are still emerging, but a U.S. Air Force T-38C Talon training jet has crashed near Columbus Air Force Base in Mississippi. It is the second crash of one of the service's aircraft in May 2018 and the latest in a spike of serious accidents across the U.S. military's aviation communities.

The mishap occurred around 8:30 AM local time in Mississippi on May 23, 2018, with the jet reportedly coming down near the border between Lowndes and Monroe Counties. Initial reports are that the jet's two crew members ejected successfully and were undergoing a medical evaluation. The Air Force said first responders had successfully extinguished a resulting fire and that there were no structures near the crash site.

Though the first reports did not say what unit the aircraft was from, Columbus Air Force Base is home to the 14th Flying Training Wing. The Wing's 49th and 50th Flying Training Squadrons both operate the T-38 and the units are cleared to fly training missions across a number of designated areas around the base.

The Air Force has now lost five aircraft in non-combat accidents so far in 2018, compared to only seven such crashes in all of 2017. Before this incident, a WC-130H from the Puerto Rico Air National Guard crashed in Georgia, killing all nine individuals on board.

It is also the second T-38 crash specifically in the space of six months. In November 2017, a Talon from the 87th Flying Training Squadron at Laughlin Air Force Base in Texas crashed, killing the pilot.

There have also been additional incidents across the other services in 2018, which include crashes of both fixed wing and rotary wing types. Altogether, U.S. military aviation mishaps have claimed the lives of more than two dozen U.S. military personnel so far this year.

On May 9, 2018, in a session to add and remove provisions from the latest draft version of the National Defense Authorization Act for the 2019 fiscal year, the formal title for the annual defense budget, the House Armed Services Committee unanimously approved the inclusion of a provision calling for an independent military aviation safety commission. The proposed eight-member panel would review historical mishap data compared with a more recent increase in incidents starting in 2013 and make recommendations as necessary for changes in "safety, training, maintenance, personnel, or other policies," according to the draft bill's language.

Top Pentagon officials and senior leaders across the services insist that there is not a "crisis" in military aviation and that each mishap involves a unique set of factors. “No one should deny this is a problem, no one should delay fixing the problem, and part of the responsibility is on our shoulders. There’s are all sort of issues, damage that’s been done at a variety of levels," Mac Thornberry, a Texas Republican and chairman of the House Armed Services Committee, said during the markup session.