The event is part of a long list of mysterious physiological incidents that have plagued the Pentagon's tactical aviation and training communities. 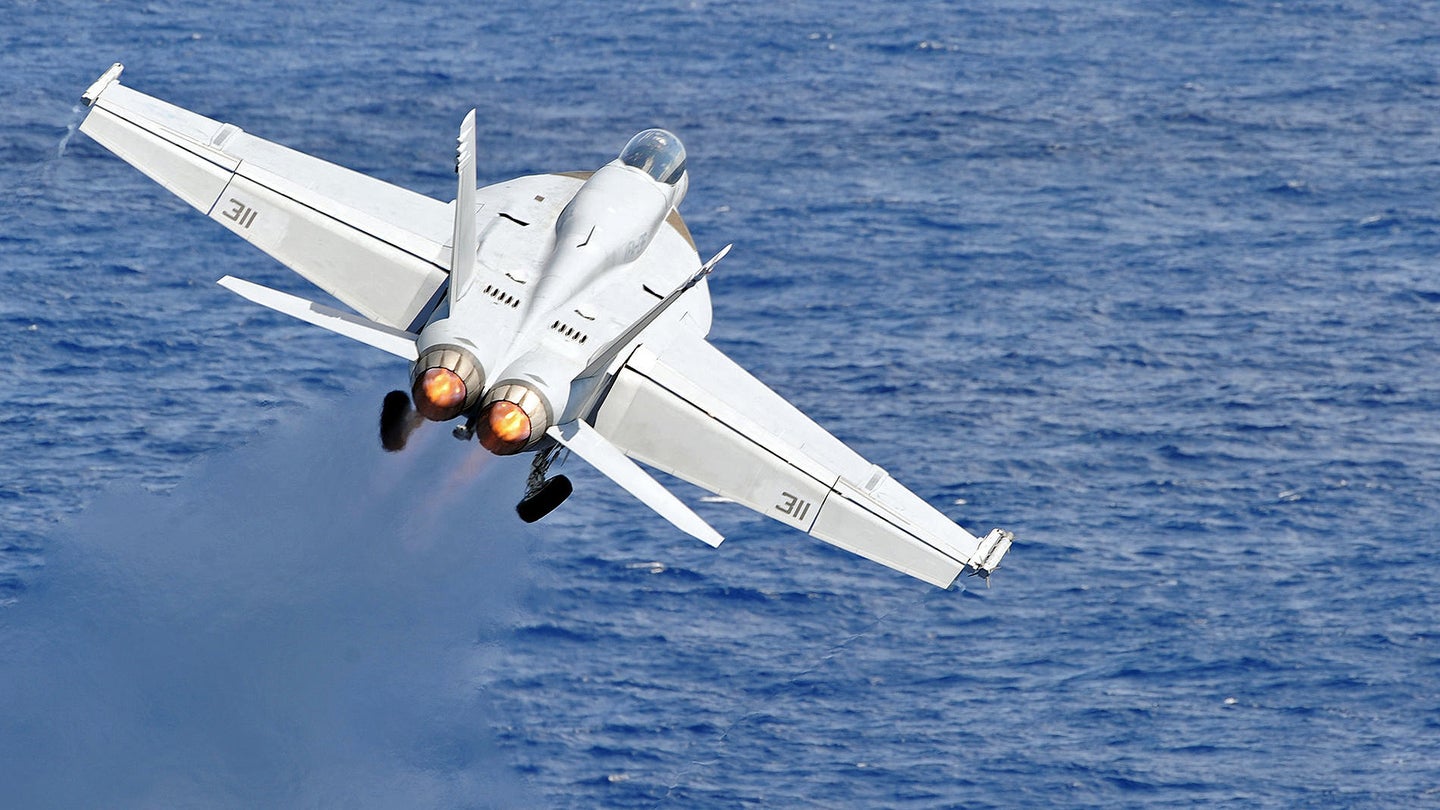 On May 3rd, the U.S. Navy supercarrier USS Harry S. Truman's air wing began pummeling what's left of the Islamic State in Syria after taking up station in the increasingly tumultuous Eastern Mediterranean. On May 7th, 2018, during one of these sorties, a flight of two F/A-18E Super Hornets, Freedom 52 and Freedom 55, from VFA-136 'Knighthawks,' made an emergency diversion to Incirlik Air Base in Turkey. Upon landing, one of the pilots showed major symptoms of hypoxia and had to be assisted by ground personnel just to exit the fighter's cockpit.

We reached out to the Commander, Naval Air Forces public affairs office regarding the incident and they promptly confirmed that the diversion did occur and that one pilot had a physiological incident in the cockpit that included symptoms of hypoxia—the lack of oxygen to the brain and other bodily tissues.

The War Zone's sources say that the flight originally diverted due to a warning of an oxygen system malfunction in one Super Hornet, but once on the ground, another emergency was declared by the pilot of the other F/A-18E who began experiencing symptoms of hypoxia.

The bizarre incident comes as the Navy and the Air Force continue to struggle with finding the culprit of oxygen woes that have seemed to spread across multiple types of disparate tactical and training aircraft. These physiological incidents have grounded entire aircraft fleets for months at a time and have even manifested themselves in different ways on the same type of aircraft.

The Navy's Hornet, Growler, and Super Hornet fleet, in particular, have experienced a major spike in physiological incidents over the better part of a decade. Issues with the flow of oxygen to the pilot have become by far the most numerous types of incidents, but they have also included horrific over-pressurization incidents while on the ground and the complete loss of environmental control flying at high altitude, even leaving pilots navigating blindly in a sub-freezing iced-over cockpit. Our good friend, contributor, and retired Hornet Weapons System Officer Joe 'Smokin' Rizinka has described his own experiences with suffocating in a fighter from before these incidents made regular headlines.

Congress has prodded the Navy and the Air Force to find a solution to the problem faster, but so far there has been no 'smoking gun' identified as the culprit. Procedural and operational changes, and the introduction of new wearable technologies, have been put in place in hopes of staving off potentially deadly incidents and to better understand what exactly is happening physiologically to aircrews that report dangerous physiological events.

Originally it was hoped that something wrong with onboard oxygen generation systems (OBOGS) installed on modern fighter and trainer aircraft could be identified, but so far that hasn't happened. Pilots have become more aware of how to better recognize the onset of hypoxia-like symptoms, which are insidious by their very nature, but these types of precautions do little to solve the root cause of the problem. And still, the fact that their own aircraft can pose as much a threat to them as the enemy remains a vexing paradox for many American combat aviators.

As for the Harry S. Truman's deployment, its return to the Eastern Mediterranean follows a similar history-making deployment in 2016 when it was the first supercarrier to execute combat operations from the locale in well over a decade. The USS George H.W. Bush also staged combat operations from the Eastern Mediterranean in 2017. During that deployment, the carrier's embarked strike fighter squadrons developed new tactics for hitting the Islamic State and one of its Naval Aviators shot down a Syrian Su-22 during operations over the war-torn country.

We will update this post over the next 12 hours if more information comes available regarding this strange incident.