We finally see the study that was oddly classified on arrival and it has new relevance based on Japan's desire for a new stealth fighter.

By Tyler Rogoway and Joseph Trevithick May 4, 2018 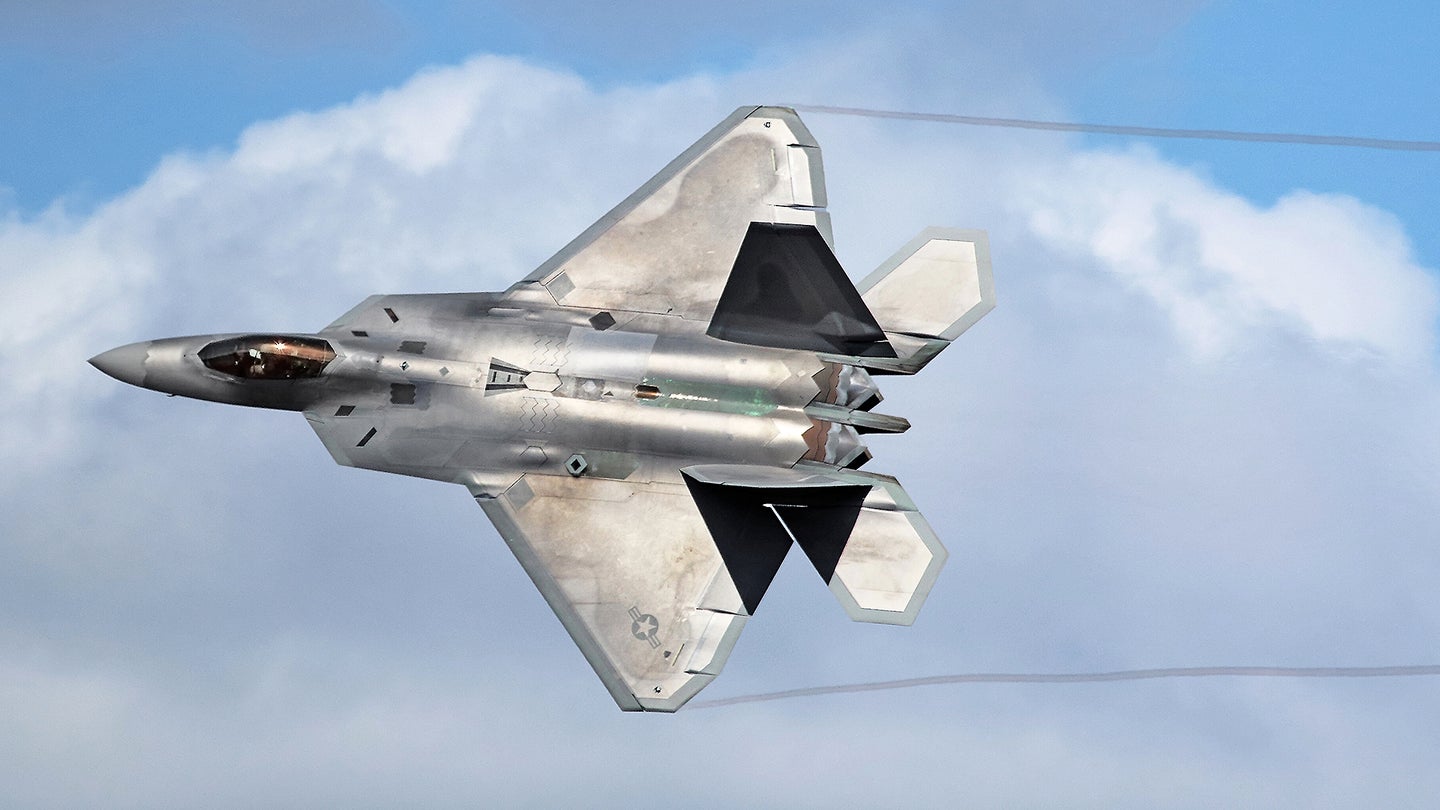 Axing F-22 production at just 187 examples has become one of the most hotly debated and controversial defense procurement-related decisions of our time. Today, it is widely viewed, even among the USAF's brass, that this decision—made a decade ago—was near-sighted and we continue to find out new information as to how exactly it came to pass. Finally, in early 2016, the debate surrounding the need for more F-22s came to a head and study was mandated by Congress for the USAF to research what putting the super-fighter back into production would take. That study was finished in late 2016 with some of its findings openly discussed, but the document itself remained classified, until now.

We have obtained a copy of the report, which cost approximately $37,000 itself for the Air Force to produce, through the Freedom of Information Act. It is almost entirely unredacted, but isn't all that in-depth and largely depends on a 2011 RAND study as a basis for its conclusions. We have posted the full document here for you to review, but we have also distilled it down into some key points and takeaways.

Working primarily with RAND's conclusions from 2011, the Air Force crafted the following cost estimates and assumptions for what it would take to restart F-22 production and produce 194 additional Raptors:

The Air Force also noted that while approximately 95 percent of the F-22-related production tooling is still available, the physical productions facilities either no longer exist or are supporting other Lockheed Martin programs, such as the F-35. After the 2011 study, the service elected to put the "primary production tooling" into a warehouse at Sierra Army Depot in California in case there was a need to make certain spare parts in the future.

Pratt and Whitney, who supplied the F119 engine, had also shifted significant focus to building the F135 engine for the Joint Strike Fighter. The F135 is developed from the F119 to some degree, though.

The Air Force repeatedly expressed a concern that the rebooted effort would compete for resources with its F-35 procurement and upgrade efforts. However, the report also says the service did not consider whether any of the Joint Strike Fighter's components, supply chains, or infrastucture could help support a new F-22 program and potentially produce cost savings.

The service also determined that it was still "technically feasible" to develop an export version of the F-22, potentially helping to share the cost burdens and reduce the unit costs even further. The report cites a separate 2010 Air Force study that estimated the costs of doing just that. In addition, the service reiterated the long-standing challenges in securing approval for exporting F-22s in any configuration. The report identifies a number of U.S. government stakeholders who would have to sign off on any foreign deliveries, but Air Force censors redacted all of them.

The non-recurring costs of putting the Raptor back into production seem peculiarly high in this report, estimated at around $10 billion. Keep in mind that is roughly half of the entire development cost of the B-21 Raider stealth bomber. In addition, this study states that unit cost would be fairly steady, especially after the first 100 examples, dropping to $206 million for the final example. This doesn't make much sense considering all other major defense programs seem to tout steeper unit cost reductions over a production run, and especially over the first production lots. The F-35 program, for instance, has placed a huge part of its business case on this fact alone.

When it comes to fly-away cost—what the actual aircraft costs to build itself, without research and development costs included— the last 60 F-22s that were produced during its production run cost an average of $137 million per copy, which was approaching the F-35A's cost during the same time in its production run. In fact, then-Air Force Chief of Staff General Michael Mosely, who lost his job because he would not stand by and watch then-Secretary of Defense Robert Gates make the decision to cut F-22 production without a fight, noted:

“We didn't, and still don't need, a thousand of those things. But you need the right number... The last airplanes we took delivery of were $87 million... Had we been able to go to another multiyear [contract] there was an understanding that we would be able to get them for $85 million... Find me an airplane out there right now that costs $85 million and has that capability.”

So, it seems likely that further reductions in production cost could be realized beyond what the restart study states, and especially considering the F-22 is a known commodity, not some new fighter just entering into production. The study uses some references to say otherwise, but

This is also a reminder of how costs of weapon systems can be distorted using different calculations to make one look far more affordable than another. The reality is that the F-22 program cost $70 billion and roughly $30 billion of that was spent on non-recurring and research and development costs. So if you build less of them and amortize that over the small fleet, it looks fiscally atrocious. In reality, what's atrocious is that the $30 billion spent on developing a system like F-22 would be wasted on such a tiny fleet.

As we have stated before, the conclusions of this study were likely baked into it before it really even began and at this point investing huge sums of money into restarting F-22 production doesn't make all that much sense. That money could be invested other programs like the USAF's 'Penetrating Counter-Air' initiative and especially in high-end unmanned combat air vehicles.

But if another country, say Japan, were willing to pay for the non-recurring restart costs, the Pentagon would be crazy not to buy more Raptors for largely their unit cost alone as well as plenty of spare parts to support the fleet efficiently for decades to come.

It's impossible to believe that Tokyo could design and procure a 5th generation fighter with F-22 like performance for less than the cost of just restarting the Raptor line and producing upgraded F-22s. Plus they could have those jets in half a decade, not in decades. It would also go a long way when it comes alleviating risk for such a program. Israel, and even possibly Australia, could also be interested in buying a squadron or two of new production F-22s.

But judging by the report itself, which underlines over and over again that any dollars put toward F-22s could be taken from the F-35 program—both in terms of foreign and domestic procurement—this is unlikely to occur.