Days after an intense volley of strikes targeting Iran’s military activities in Syria, new information about the Israeli operation continues to trickle out, though many details remain uncertain. Now, a new rumor has emerged on social media claiming that Israel’s F-15I Ra'am multi-role combat aircraft were able to get close to their targets without raising the alarm by using the same transponder codes as U.S. Air Force F-15E Strike Eagles and taking a circuitous route through Jordan and Iraq.

According to a report from NBC News on May 1, 2018, three U.S. officials, all speaking anonymously, confirmed that Israeli F-15Is had taken part in the mission on April 29, 2018. Based on earlier reports, those aircraft struck various targets in northwestern Syria, but focused their attention mainly on Iranian and Iranian-backed forces within the Syrian Arab Army’s 47th Brigade base near Hama.

The strikes leveled more than a dozen buildings and reportedly destroyed hundreds of unspecified missiles, among other weapons and equipment. The U.S. sources told NBC that operation left two dozen personnel at the base dead and another three dozen wounded, which is close to the body count in initial reports from the independent U.K.-based monitoring group Syrian Observatory for Human Rights.

How the jets were able to get to their targets and not prompt any significant response from Syrian air defense forces remains unclear. Unlike what has been the case after numerous previous strikes, the regime of Syrian dictator Bashar Al Assad did not claim to have shot down any of the Israeli weapons and there was no readily available footage of surface-to-air missiles speeding toward possible targets in the night.

Even more pertinent to this question is that the Israeli aircraft reportedly employed GBU-39/B Small Diameter Bombs in addition to Delilah stand-off missiles. The 250-pound class GPS-guided glide bombs have a maximum range of a little more than 60 miles when an aircraft releases them from high altitude.  This would have required the F-15Is to enter Syria’s airspace, at least for some amount of time and the aircraft would likely have appeared on Syrian radars – or Russian ones that are supposedly linked to the government’s air defense network – before then.

One unconfirmed rumor explains that the Israeli jets masked their approach by setting their Identification Friend or Foe (IFF) transponders to emit the same type of signal associated with U.S. Air Force F-15E Strike Eagles, as well as using false callsigns to help keep up the ruse. These jets routinely conduct operations in Eastern Syria in support of American forces and their local partners. The presence of Strike Eagles would not necessarily have aroused suspicions if they appeared on Syrian or Russian radars while over Eastern Syria.

Israel’s aircraft then supposedly flew through Jordan, Iraq, and into Eastern Syria before blitzing toward their targets. The strike package then reportedly refueled over Iraq and then returned to Israel via Jordan.

It’s certainly one possible explanation, but it also raises a number of significant questions. If the aircraft had masked themselves as F-15Es flying through Jordan and Iraq, they would almost certainly have had to do so with the active support of the former of those countries and the United States in order to avoid any potential confusion that could've exposed the entire ruse. American personnel, in particular, are likely on something of a heightened alert for anything out of the ordinary given reports of regular electronic warfare attacks on U.S. manned and unmanned aircraft in Eastern Syria, too.

It is definitely possible that the U.S. military may be taking an increasingly active role in these operations. U.S. President Donald Trump and his administration have formed an especially close relationship with Israel, even pledging to move the U.S. embassy in the country to the country's disputed capital Jerusalem.

Even then that might not be enough. Though Iraqi radar coverage is spotty along the Syrian border, U.S. Air Force and NATO E-3 Sentry Airborne Warning and Control System (AWACS) aircraft and other coalition ground-based radar assets are helping coordinate air operations against ISIS. It’s hard to imagine that four F-15Is would have been able to slip through unmolested, let alone take time to refuel using an Israeli Air Force tanker.

It is not clear that the United States would have been able to convince even Jordan or Iraq to necessarily acquiesce to the plan. Though a staunch ally of the United States and traditional partner of Israel’s, Jordan only recently ended a major diplomatic spat with the country over the deaths of two Jordanian nationals outside the Israeli Embassy in Amman in 2017. It’s not at all certain if relations have improved in the interceding weeks to a place where the two might conspire on convert military action.

Iraq, which maintains diplomatic and military ties with Russia, Iran, and Syria, seems even less likely to have agreed to such a plan. If they did not consent to the operation, Iraqi officials could easily have decided to pass along any advance warning of the strikes to the Assad regime.

The Israeli aircraft could have obviated the need for tanker support by skipping the Iraq part of the run, instead cutting through southern Syria near the U.S. military's

At Tanf garrison, where American aircraft routinely patrol. This still would have involved flying through Jordanian airspace, though.

All told, it’s hard to see all these pieces aligning for the Israeli operation to go off without any issues whatsoever. In addition, Israel could simply have released SDBs at targets in Hama at least from near the Lebanese-Syrian border, a common tactic seen in multiple previous strikes, which has largely shielded the aircraft from retaliation.

The Israeli jets could have similarly briefly violated Turkish airspace at supersonic speed to do the same against Syria’s Nairab Military Airport in Aleppo. In 2007, F-15Is and F-16Is flew through Turkey on their way to destroy Syria’s covert nuclear reactor in the eastern Deir ez-Zor governorate.

Of course, using such a route in the April 29, 2018 strikes could have carried its own risks given the Turkish Government’s growing relations with Russia and Iran and its very public disputes with the United States and its coalition fighting ISIS. Turkey has shot down Russian and Syrian aircraft that have strayed into its airspace since 2014.

Another possibility to explain the apparent lack of activity from Syrian air defenses is that they suffered some sort of electronic warfare or cyber attacks ahead of or during the operation. During a separate reported incident on the night of April 16-17, 2018, there were claims that the United States and Israel had launched a combined, non-kinetic assault on targets in Syria.

At the time, this seemed odd, since there were no reported strikes associated with the incident and it seemed unlikely that Israel would employ these countermeasures by themselves. It was possible that electronic or cyber attacks were part of previous intelligence or reconnaissance mission or were a dry run to test out advanced countermeasures ahead of just such a real strike. It’s also worth noting that Israel reportedly employed a computer program called Suter to misdirect Syrian radars and clear a path during the aforementioned strike in Deir ez-Zor in 2007.

There have also been rumors in the past that Israel's F-35I stealth fighters have taken part in previous strikes. Though those earlier reports seemed unlikely, these jets would have been able to pierce through Syria's air defense network to drop SDBs onto the targets with a low likelihood of detection.

It's also entirely possible that Syrian air defenses just remain largely ineffective in responding to aerial attacks. In February 2018, Syria's forces did bring down an Israeli F-16I multi-role combat jet, but this is the only kill they've scored against a manned aircraft in some 18 months of Israeli air strikes. They only reportedly managed to fire two surface-to-air missiles during the massive U.S.-led missile barrage against Assad's chemical weapons infrastructure on April 14, 2018, lobbing dozens more into the empty sky afterward.

However Israeli aircraft were able to pull off the strike, the Israeli government has made abundantly clear it continues to be willing to strike at Iran and its interests in Syria. The country’s officials have made it clear that they view growing Iranian military activities and influence in Syria, as well as expanding support for its proxies, such as the Lebanese militant group Hezbollah, as threats worth neutralizing despite increasing risks.

“On the list of the potentials for most likely live hostility around the world, the battle between Israel and Iran in Syria is at the top of the list right now,” one of NBC’s anonymous senior U.S. sources said. We at The War Zone have come to much the same conclusion after observing the steadily increasing volume and the changing focus of Israeli strikes into Syria.

Whether it is doing so with greater direct support from the United States or not, Israel looks determined to keep up the pressure on Iran and it seems almost certain that we will continue to see more aerial raids in the near future. 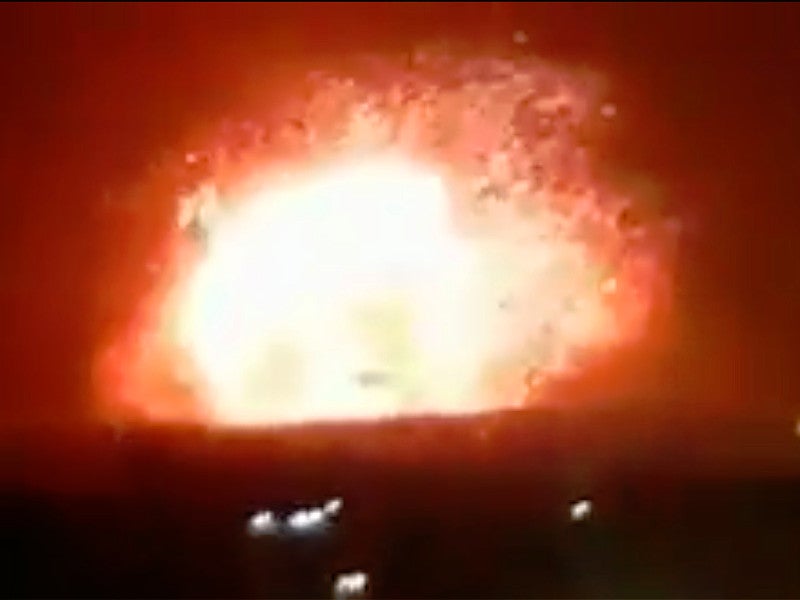 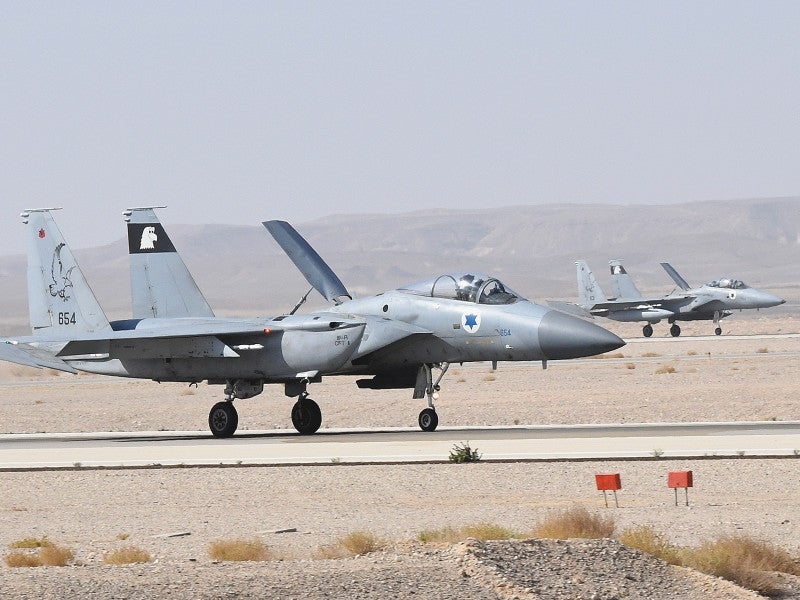 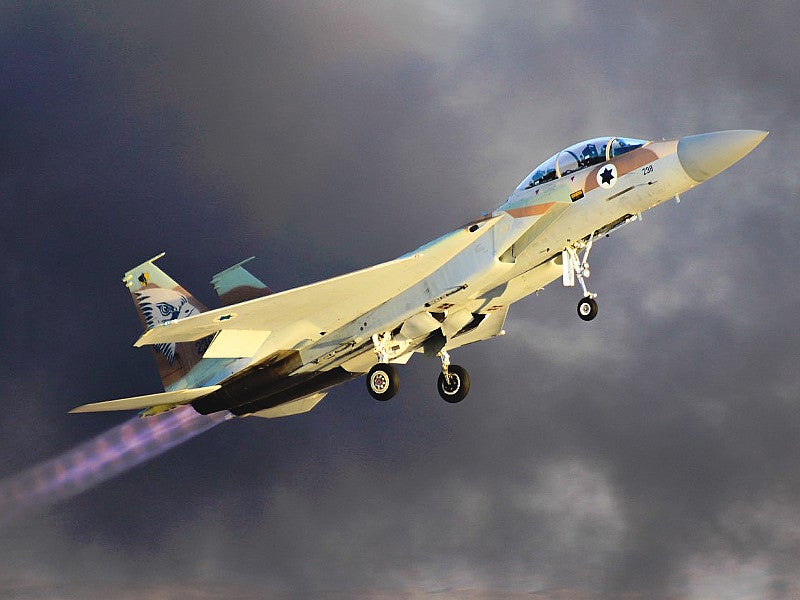