After eliminating 120mm mortars from its infantry units, the U.S. Marine Corps said it would look to refocus its attention on giving those same elements a new “precision fires” weapon, but gave few details as to what such a system might look like. A new contracting announcement indicates that the service is now considering buying man-portable suicide drones as at least one possible replacement.

On April 23, 2018, the U.S. Marine Corps Rapid Capabilities Office, or MCRCO, a division of the Marine Corps Warfighting Laboratory, issued a notice on the U.S. government's main contracting website FedBizOpps, asking vendors to submit information about possible options for a tube-launched loitering munition. At present, the service has no formal plans to purchase these weapons as part of what it is calling the Organic Precision Fires (OPF) program and says it is merely conducting "market research."

The OPF project’s goals are to “enhance the range, precision and/or lethality of Marine Corps munitions against stationary and/or mobile land and/or sea targets in all operating environments,” according to the announcement. At present, extended range fire support in Marine infantry units comes primarily from 81mm mortars and FGM-148 Javelin anti-tank missiles, with separate artillery units having longer range, ground-based stand-off weapons such as the M777 155mm towed howitzer and truck-mounted High Mobility Artillery Rocket System, or HIMARS.

In March 2018, the Marines retired their 120mm M327 mortars, a system that had long failed to meet expectations. Able to fire rounds out to a maximum range of five miles, that weapon had still filled an important gap between the smaller infantry weapons and the larger artillery systems.

MCRCO’s base requirements for the new OPF weapon would give those units considerably greater range than they had even with the troublesome M327. At a minimum, the new loitering munition should be able to maintain a connection with a portable ground control station at a distance of more than 15.5 miles, but the objective is to find a system that can reach targets at more than twice that distance.

It should be able to fly for at least an hour and carry an unspecified sensor suite to perform local intelligence, surveillance, and reconnaissance mission, as well as allow for recognition and positive identification of targets. An individual should be able to strike at a particular set of GPS coordinates or aim the unmanned aircraft manually using the ground control interface.

If the unmanned aircraft does not end up striking something at the end of its flight, the Corps wants to be able to recover it for future use. It should have some type of built-in system to get it back if it gets lost or the data link gets cut, too. One option would be for the drone to have a pre-set "home" waypoint that it would return to if something happened.

The launch tube needs to be less than a foot in diameter and shorter than eight feet long and it shouldn’t take more than two Marines to carry the complete weapon system and put it into action. Ideally, a single individual should be able to do so.

The kind of loitering munitions the MCRCO is describing are hardly new. The various U.S. military services, especially special operations forces, already employ AeroVironment's Switchblade man-portable system, also known as the Lethal Miniature Aerial Missile Systems (LMAMS), or have experimented with it in tests and exercises.

Switchblade has both electro-optical and infrared cameras and a single individual can fire it quickly from a man-portable launcher. AeroVironment is also now offering a Multi-Pack Launcher (MPL) that can hold six of the suicide drones at once.

The only problem is that Switchblade has neither the range nor the endurance the Marines are looking for, only able to fly for a mere 10 minutes and to a maximum range of just over 6 miles from the ground control station. AeroVironment has pitched the idea of using its hand-launched RQ-20 Puma drone, which the Marines already employ, as a spotter for the smaller loitering munitions.

Unfortunately, the extra target detection range this pairing might offer does nothing to improve Switchblade’s own range and flight duration limitations, meaning Marines might still have to either move closer to the target or wait for it to get within range before being able to attack. Either option could put them at greater risk and effectively negate the system’s utility as an organic, extended range fire support weapon.

Another option might be a weaponized, man-portable version of Raytheon’s Coyote drone, which meets the range and endurance parameters in its present, sensor-carrying form. The U.S. Navy has already tested this unmanned aircraft as part of its Low-Cost UAV Swarming Technology effort, or LOCUST, and helped the U.S. National Oceanic and Atmospheric Administration (NOAA) turn them into disposable hurricane hunters. The U.S. Army has also expressed an interest in using them to intercept other small, hostile drones.

A system such as Coyote, able to readily accommodate various different payloads, could help in overcoming any challenges with a line-of-sight data link over extended ranges. One or more of the drones could act as relays between the loitering muntions and their ground control stations.

There are also purpose-built, man-portable loitering munitions on the market that would meet the Marine Corps’ requirements. Israeli firm Uvision’s tube-launched Hero series, in particular, seems well suited to the service’s needs. In addition to having the necessary performance, depending on the variant, they feature the ability for the operator to easily abort the strike to avoid potential collateral damage or directly allow for man-in-the-loop control for greater accuracy during the terminal stage of flight and the ability to hit moving targets.

But while the Corps has a number of options immediately available to choose from, it might find it more difficult to identify a system that is practical for wide-spread employment on a routine basis by infantry units. Cost will almost certainly be a major factor in how the service decides to proceed with the project.

Both the Marines and the Army have already found that the Javelin can offer useful precision fire support for small units. The problem is that each one of those missiles costs $80,000, which has made it hard to justify employing them against relatively limited targets sets, such as heavy machine gun and mortar emplacements and small groups of enemy personnel in the open or behind cover.

Switchblade, which as we already noted does not alone meet the Marine Corps’ requirements, has a similar unit cost of more than $70,000. A Coyote only costs around $15,000, but this is for a system without the targeting and other capabilities required to turn it into a loitering munition. It is unclear what the exact price point for the various Hero loitering munitions are, but it seems likely that it would closer to Switchblade than Coyote.

Still, as a direct replacement for the M327 mortar and its associated components, a complete system that cost more than $1 million, these munitions could offer a lower cost option with significantly greater capability. The ability to recover and reuse drones after simple surveillance missions would also help reduce the overall costs of employment, giving Marine units a multi-purpose tool that would enhance their overall understanding of the battlefield, identify potential threats, and strike if possible or necessary.

A man-portable loitering munition would not be able to provide anything approaching the volume of fire of a mortar, though. A multi-round canister, such as AeroVironment's MPL could allow for rapid follow-up strikes, but it is still a far more limited system compared to existing, more traditional indirect fire weapons.

With a simple to use, man-portable system, units could also decide to only issue the systems when they would be most useful, such as during distributed, expeditionary operations. In the Pacific region where the “tyranny of distance” is especially visible, in any future conflict, small groups of Marines could easily find themselves in remote or austere locations without the benefit of immediate, on-call ground-based fire support or air cover.

In addition, to provide much needed organic surveillance and precision fire support capabilities, a small group of loitering munitions might be able to throw off enemy forces by attacking from multiple directions at once. This is not something that would necessarily be possible with a typical mortar or other indirect fire weapons, even when using precision guided ammunition.

All told, it seems very likely that the Marines could add loitering munitions to their arsenal, but it remains to be seen how many units will actually get them and how the Corps decides to employ them operationally. 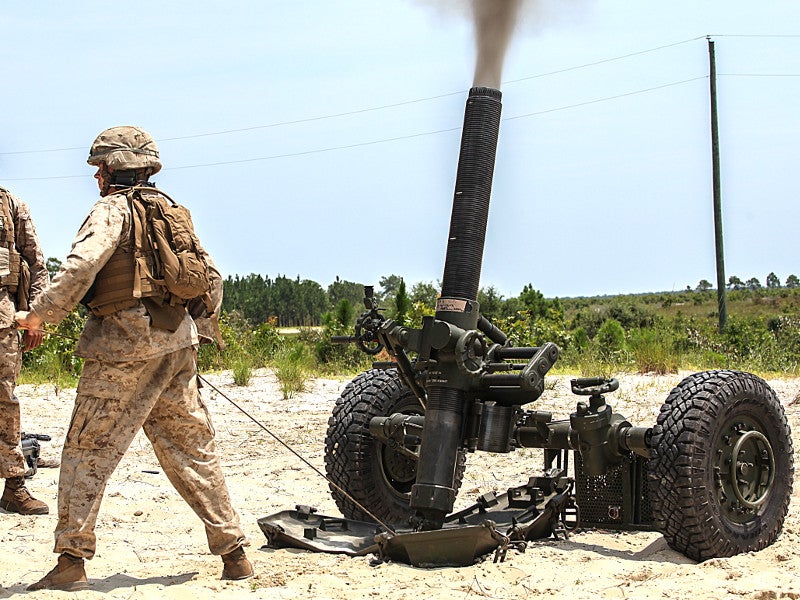 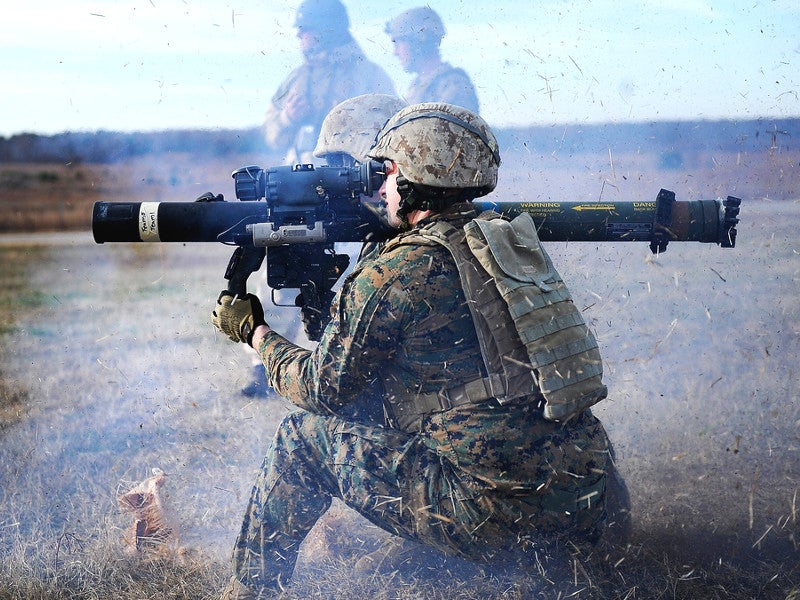 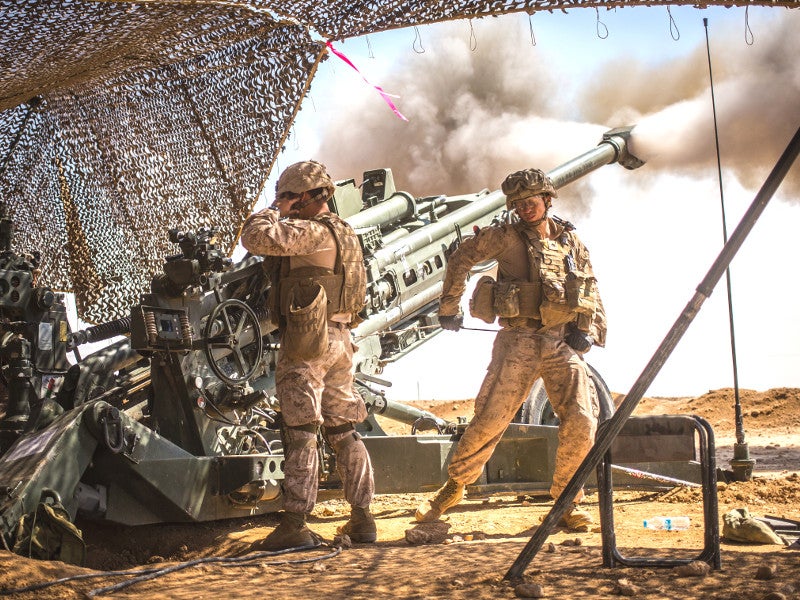