It’s always great to see someone with a dream job loving what they do as if it were just that—a dream. 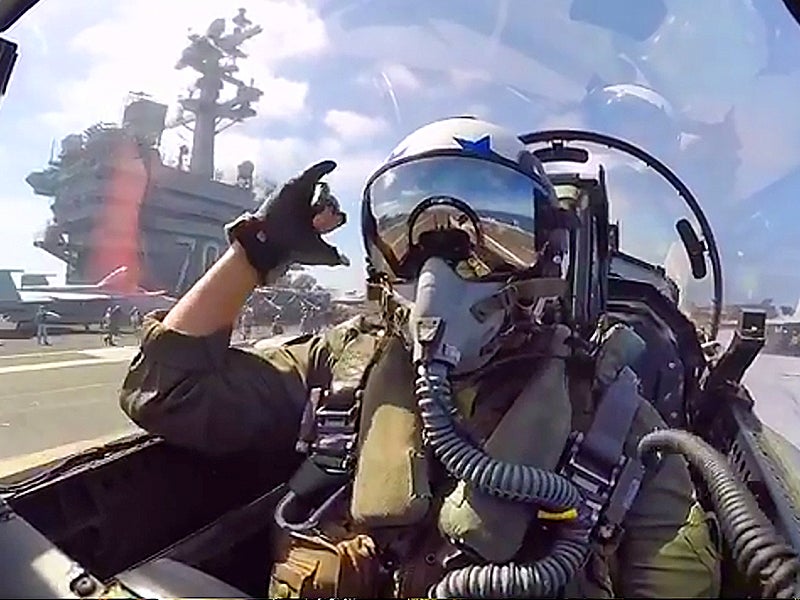 We are spoiled with amazing footage shot from inside the cockpits of U.S. Navy aircraft as they go about their missions around the globe. In fact, the videos are so prevalent in the GoPro era that squadrons have become masters at producing home-made but increasingly stunning cruise and other videos to celebrate and showcase major occasions. So it's not like we haven't seen cockpit videos of carrier catapult shots before. But this one takes the cake not because of how it was filmed but by the audio that goes along with it.

The pilot, who belongs to Naval Fighter Attack Squadron Two (VFA-2) Bounty Hunters—a unit with a long and rich history—performs his pre-launch checklist like he was auctioning it off on the courthouse steps. The sheer energy this pilot exudes during the cat-shot is infections and it makes us all wish we were sitting behind him in his F/A-18F.

We were able to get a little background on the viral video. The clip was shot at the end of squadron's WESTPAC deployment which just wrapped up, and that cruise was historic for a number of reasons. As the carrier approached the west coast of the United States, Carrier Air Wing Two conducted its fly-off, and that's when the clip was shot. Hence the moment the pilot says "one last time."

The crew of the Super Hornet included Evan 'Nopro' Levesque up front and the Weapon System Officer in the back was Kimberly 'Jimmy' Glaser. Levesque goes by Rhinodrvr on Instagram and his page is a must follow. Here's just a taste of some of his other videos:

Here's a video from the USS

Carl Vinson's media shop that features Levesque talking about flying the Super Hornet from the carrier while on deployment:

Nopro is just wrapping up his tour with the Bounty Hunters, hopefully his new outfit will use Levesque's filmmaking talents to highlight some of their own aerial feats.