It is the third major mishap involving U.S. military aircraft in the space of 48 hours. 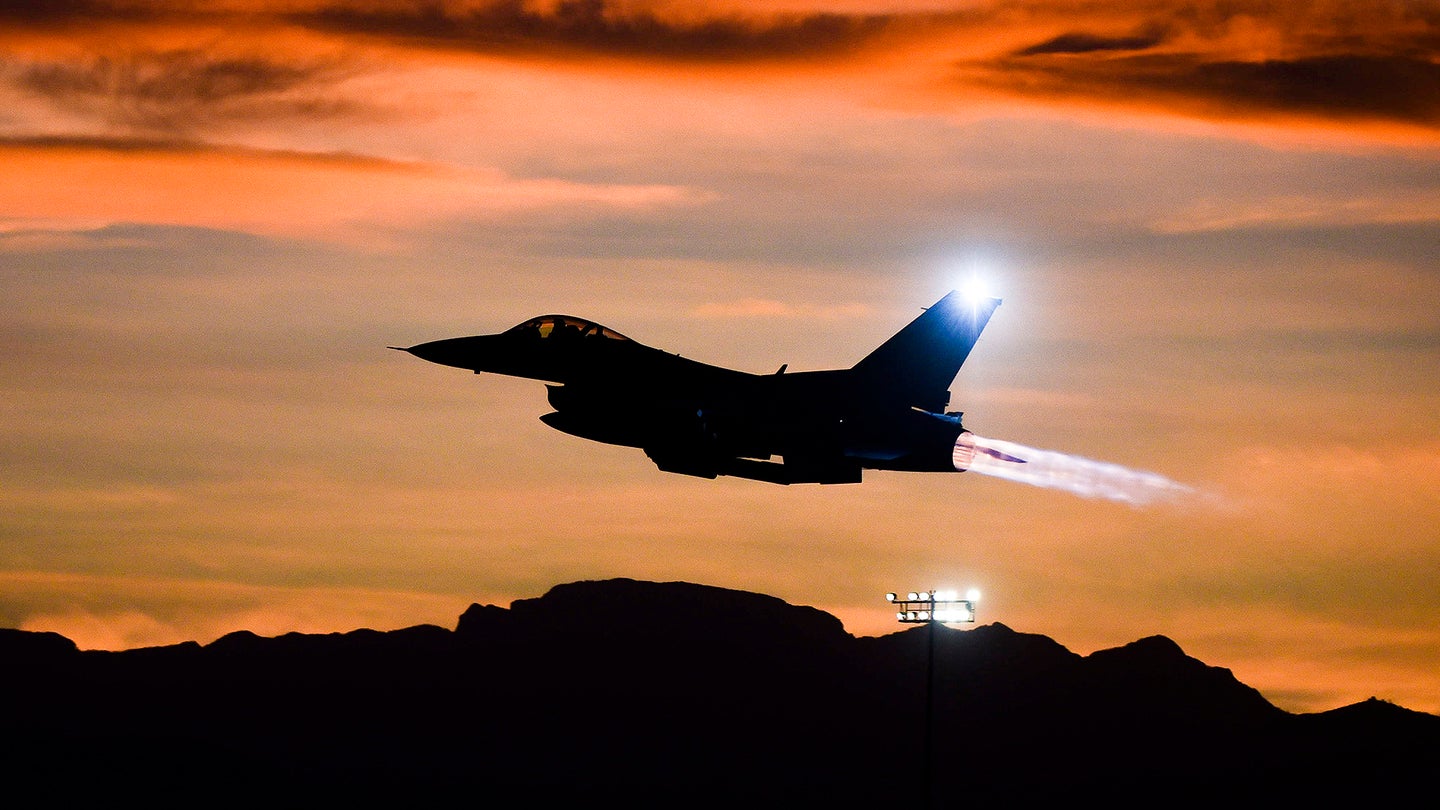 A U.S. Air Force F-16 Viper fighter jet assigned to Nellis Air Force Base in Nevada has crashed near the adjacent Nevada Test and Training Range, or NTTR, while reportedly on a routine training mission. This is the third U.S. military aircraft loss in less than 48 hours and fourth significant accident of any kind in that same time frame when one includes a hard landing a U.S. Marine Corps CH-53E Super Stallion suffered during a drill in the East African country of Djibouti.

This latest incident reportedly occurred over the NTTR at 10:30 AM PST on April 4, 2018. We do not know the exact nature of the incident or the condition of the pilot, but officials at Nellis said that first responders were on the scene in an official statement. The Air Force has also not yet said what type of F-16 was involved or what unit or command the aircraft was assigned to, either.

Nellis is situated just outside Las Vegas, Nevada and the NTTR is a sprawling set of test and training areas located to the northwest of the base. The range hosts various major exercises, including the Air Force's Red Flag aerial warfare drills.

The last of those events, Red Flag 18-2 officially ended on March 23, 2018 and the next one, Red Flag 18-3, is not scheduled begin until July 13, 2018. However, active, reserve, and test aircraft all use the same facilities for other training and experimental purposes throughout the year, as well.

Just last January an EA-18G Growler belonging to the Royal Australian Air Force skidded off the runway at Nellis AFB and suffered significant damage. Thankfully both the pilot and the electronic countermeasures officer were able to escape the burning jet safely.

This area is also home to secretive facilities such as the Tonopah Test Range Airport and Area 51. In September 2017, another aircraft crashed inside the NTTR and the Air Force has so far declined to state what type it was or what it was doing at the time. A beloved test pilot was lost in that mishap.

Nellis is the home of many F-16s which are used by the Weapons School, for supporting tactics development and testing, as well as to provide adversary services. But the most famous F-16 tenant at Nellis of all is the USAF Thunderbirds. The team practices nearby in the NTTR on a daily basis while not on the road.

Update: Please go to this link for the latest information.