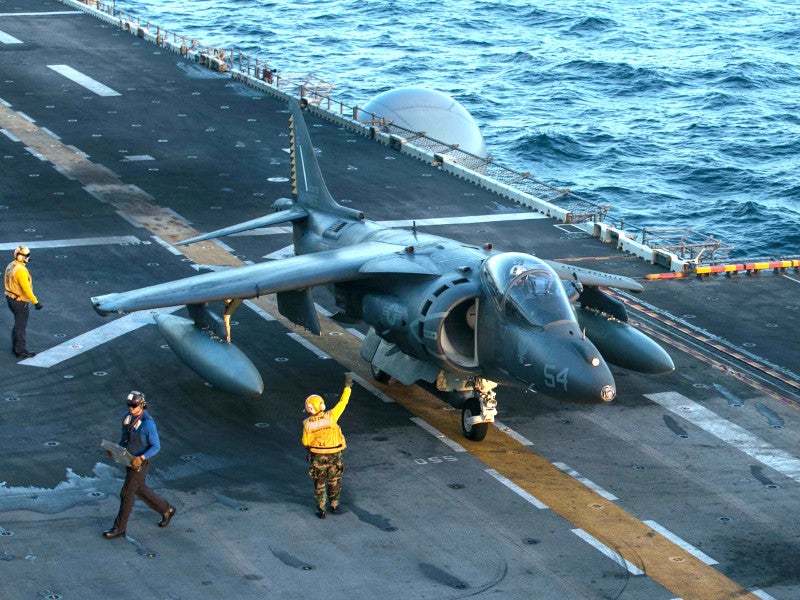 Details are still coming in, but a U.S. Marine Corps AV-8B Harrier jump jet has crashed in Djibouti shortly after take-off. The aircraft was part of a detachment attached to Marine Medium Tiltrotor Squadron One Six Two, or VMM-162, part of the 26th Marine Expeditionary Unit, which was in the East African country for the annual Alligator Dagger amphibious warfare exercise.

Reports say that the aircraft's nose appeared to rise rapidly as the plane lifted off from the runway, prompting the pilot to eject. The fate of the aircraft is unclear, but witnesses saw the pilot walk on their own to an ambulance after ejecting, according to USNI News.

"Doctors said the pilot was in stable condition while being evaluated at Camp Lemonnier’s expeditionary medical facility," the U.S. Navy's Fifth Fleet, which also acts as the top naval command in the Middle East, or Naval Forces Central Command (NAVCENT), said in a statement to USNI News. "There are no reports of injuries to personnel on the ground nor damage to infrastructure at the airport. The airport is open."

Camp Lemonnier in Djibouti is the only formal U.S. military base in Africa and is home to more than 3,000 deployed personnel, as well as contractors and transient military units conducting training missions, such as Alligator Dagger, and other short-term operations. Detachments of tactical jets rotate through the base consistently for contingency operations and to conduct air strikes in Yemen.