We finally get to see one of the key missing links that bridged the gap between Lockheed's RQ-3 Darkstar and RQ-170 Sentinel flying-wing drones. 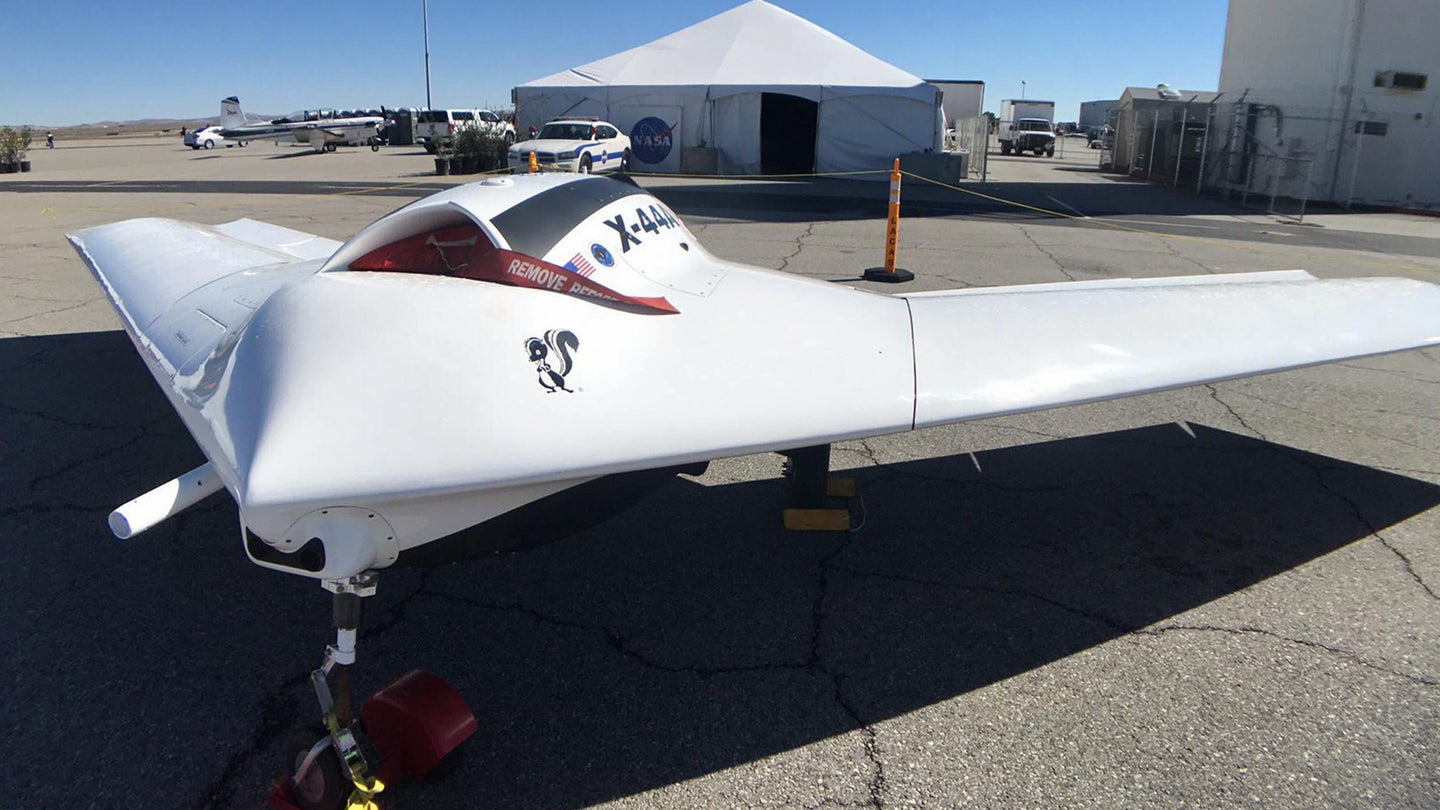 Early last February, The War Zone published an exclusive story detailing what amounts to a "missing link" in Lockheed's flying-wing unmanned aircraft lineage, one that bridges the gap between the Skunk Works' abortive RQ-3 Darkstar from the 1990s and the RQ-170 Sentinel that appeared a decade later in Afghanistan. You can read all about what we know and what we don't about this previously highly classified experimental aircraft and why its existence is so important in our feature on the X-44A linked here. And now we are excited to announce that we have detailed images of the aircraft we described in our report to share with our readers.

Below are photos taken by our great friend and prolific SoCal aerospace photojournalist Matt Hartman, proprietor of Shorealonefilms.com. The images were taken this morning at the site of the Los Angeles County Air Show that will be underway this weekend in Lancaster, California.

The X-44A is being unveiled to the public there as part of the Skunk Works' 75th anniversary. Considering it is the biggest public aerospace event in the same community where the famed 'bleeding-edge' aerospace engineering unit is based, it is a perfect setting to show off a previously unknown and seemingly very important Skunk Works test article.

Here are the shots:

Our original analysis and report seem to be spot on, with the aircraft having roughly a 30 foot wingspan, about half that of its RQ-170 successor. The designation and even the use of the Indigo-Delta-Kilo (I Don't Know) cryptic badge are as we previously reported, as it the fact that it uses a small Williams jet engine (Williams badge on the fuselage). The wings also appear removable and/or foldable, and the belly fairing seems to be able to be changed out to accept various payloads and gear designs. And its resemblance to the P175 Polecat demonstrator and the RQ-170 is striking.

We are certain to hear more details about the clandestine life of this aircraft and how it got the seemingly contradictory title of X-44A soon as Lockheed is now showing it off to the public. But above all else, it allows us to fill in a blank that the author has long posited to have existed as part of the Lockheed's flying-wing, penetrating drone lineage.

We will keep you up to date as more info emerges about the X-44A and its exploits.