Eight months after the most deadly crash for the USMC in nearly a decade and half, the Navy and Marine Corps' fleet of KC-130T tanker-transport aircraft remain grounded. As a result the Blue Angels have been without their beloved 'Fat Albert' airlift support plane, leaving a gaping hole in the team's on-demand logistical needs and a favorite part of their air show act. Now it seems the Pentagon has sourced a replacement—from the Royal Air Force.

"The Naval Air Systems Command (NAVAIR) intends to negotiate and award a sole source contract with the United Kingdom Ministry of Defence (MOD), Whitehall, London, United Kingdom for the procurement of one (1) C-130J under the authority of FAR 6.302-1, "Only One Responsible Source and No Other Supplies or Services Will Satisfy Agency Requirements." The Government requires a suitable replacement aircraft, which must be delivered in an expeditious manner, to avoid a gap in logistical support of the Blue Angels flight demonstration squadron. The aircraft being procured from the UK MOD has the requisite amount of life and technical capability to support the Blue Angels mission. Procurement of a comparable replacement C-130J from any source other than the UK MOD would create an unacceptable increase in program cost and delay in fielding this critical capability. This notice of intent is not a request for competitive proposals. Interested parties, however, may identify their interest and capability by responding to this requirement."

The move is an interesting one on multiple levels. First off, NAVAIR decided it could not spare a single aircraft from its own KC-130J inventory, of which it has roughly 53 in service, nor could the USAF spare a C-130 airframe apparently either. On the other hand, apparently the Royal Air Force has C-130Js to spare, which stands in stark contrast to what was widely viewed as an airlift deficit over the last decade and a half, although clearly the drawdowns in Iraq and Afghanistan helped with this issue considerably.

According to our friends over at Flightglobal.com, the RAF intends to operate their 14 C-130J-30 airframes that feature stretched fuselages through 2035, but their short-fuselage C-130J models, known as C-130J C5s, have been placed in storage:

"In a controversial move, the UK government's Strategic Defence and Security Review of 2010 proposed removing the RAF's entire C-130J fleet from service. But with the service facing a looming tactical airlift shortfall and delays to the introduction of tactical capabilities for its incoming Airbus Defence & Space A400M Atlas, this decision was partially reversed in its 2015 review, which identified a need to retain 14 Hercules.

Flight Fleets Analyzer shows the RAF's C4-model C-130Js as being aged between 17 and 21 years. Its short-fuselage C5-standard examples have already been retired from use or placed in storage. The UK acquired an original 25 "Super Hercules", with one having been destroyed after sustaining damage from an improvised explosive device on landing at a remote airstrip in Iraq in 2007."

Second, the acquisition of this aircraft will change Fat Albert's routine dramatically. The possible transition to the J model has long been talked about, especially after the team used up its last JATO bottles which offered a spectacular opening to Fat Albert's act. The C-130J would allow a near similar departure without the use of strap-on pyrotechnics and would also provide more dramatic maneuvers throughout Fat Albert's routine.

Above all else, it would mean a more reliable transport for the team which has a grueling schedule as the KC-130T force had suffered due to its old age and heavy use. The Blue Angels have recently gone entire seasons without their Fat Albert KC-130T as it required extensive depot maintenance, with a "gray" KC-130T being borrowed from a reserve squadron in its place. These borrowed fleet aircraft are usually referred to as "Ernie." A much younger C-130 will help lessen the frequency and severity of Fat Albert absences.

Third, the decision may be a 'canary in the coal mine' for the Navy's geriatric and presently grounded KC-130T fleet. The aircraft already need over a hundred million dollars in upgrades to their propeller systems to get them flying again, and whether or not that money will materialize is yet to be seen.

The summary of the 2018 omnibus spending bill has money for four additional KC-130Js but it doesn't detail any funding for upgrading the KC-130T fleet. The 2019 budget has the upgrade on the Navy's unfunded priorities list. Meanwhile NAVAIR will continue to suffer from the loss of nearly half of is organic airlift capacity and a large portion of its refueling capability.

It's also unclear how much this second-hand C-130J will cost NAVAIR, but if past surplus aircraft sales between the MoD and the Pentagon are any indication, it will probably be had at a very attractive price.

The Blue Angels will likely be thrilled with this upgrade, and the fact that the aircraft will come from RAF stocks will make it all that much more interesting of a performer on the air show circuit. 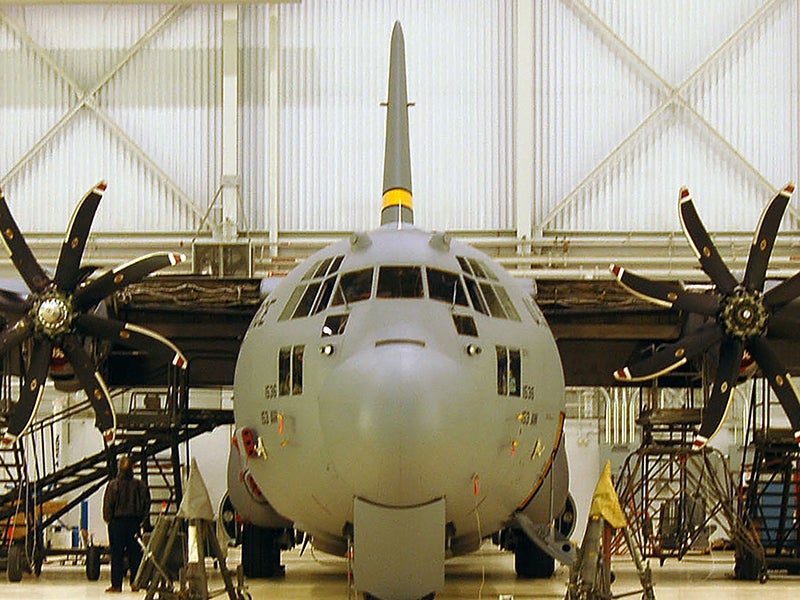 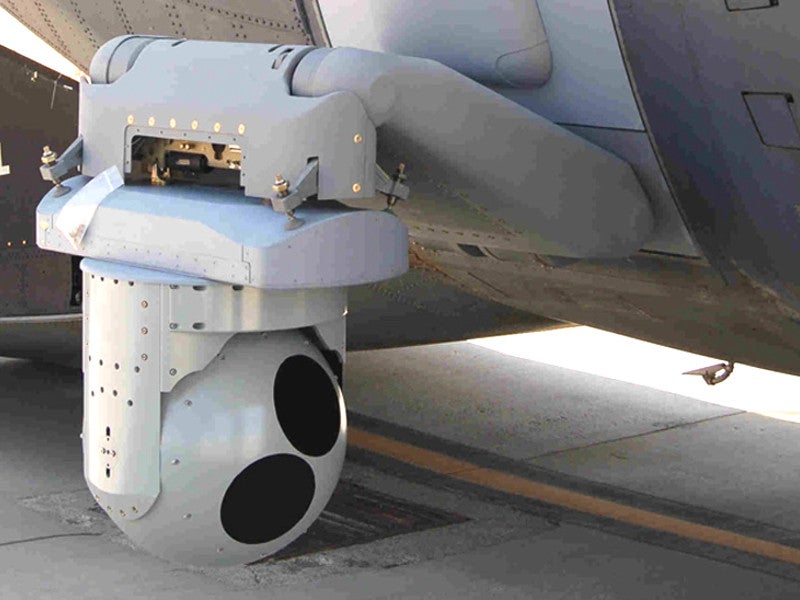 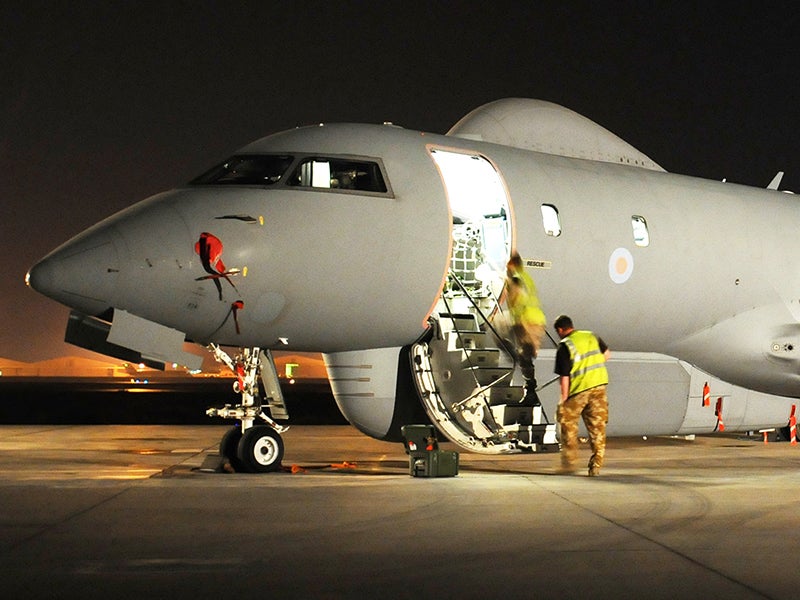 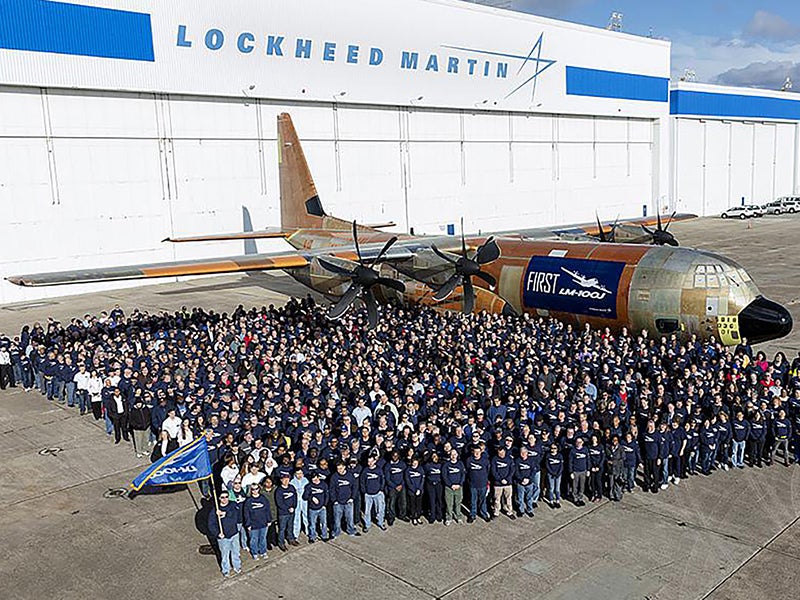 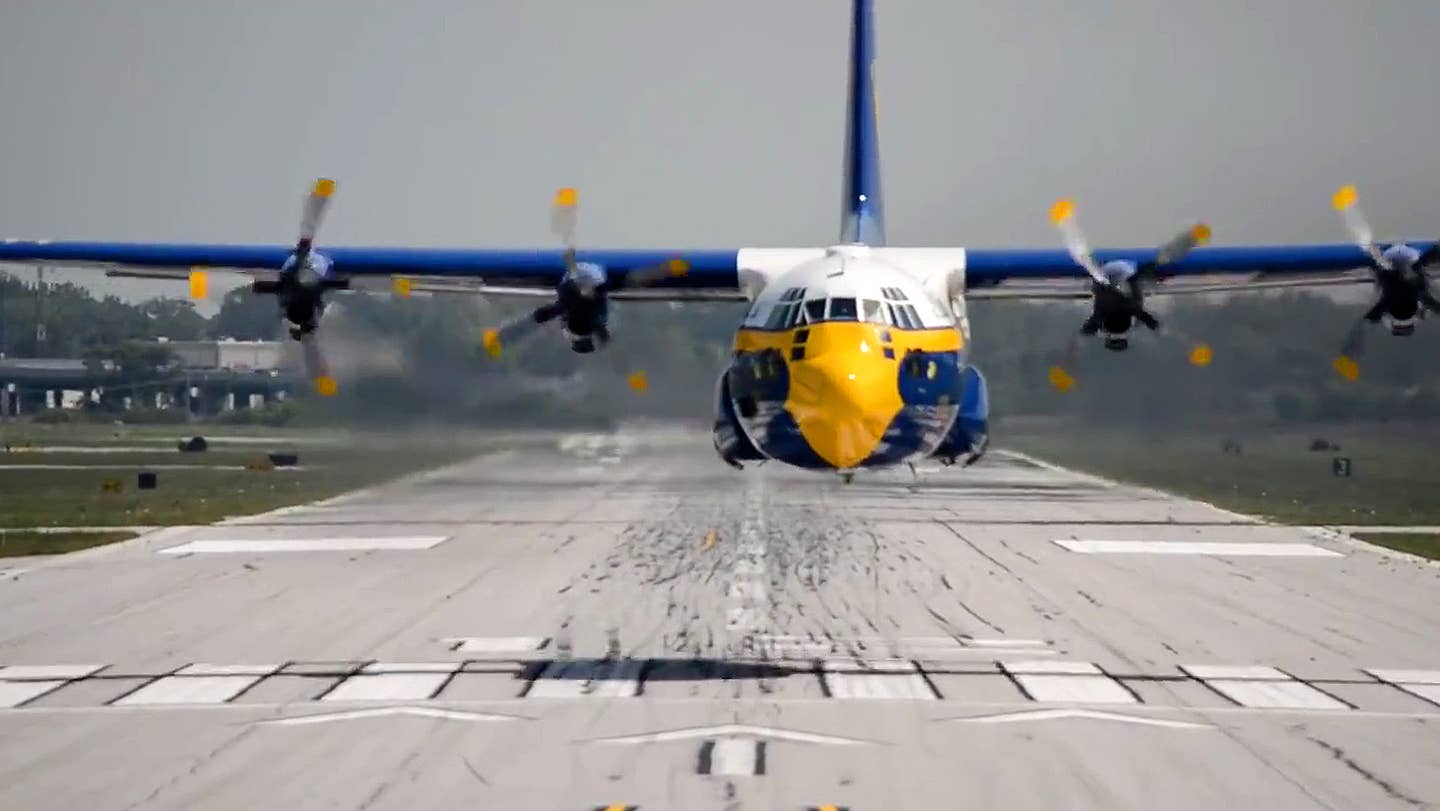