One of the guys who brought you the war in Iraq, and a man who remains enamored with regime change, is now Trump’s top foreign policy advisor. 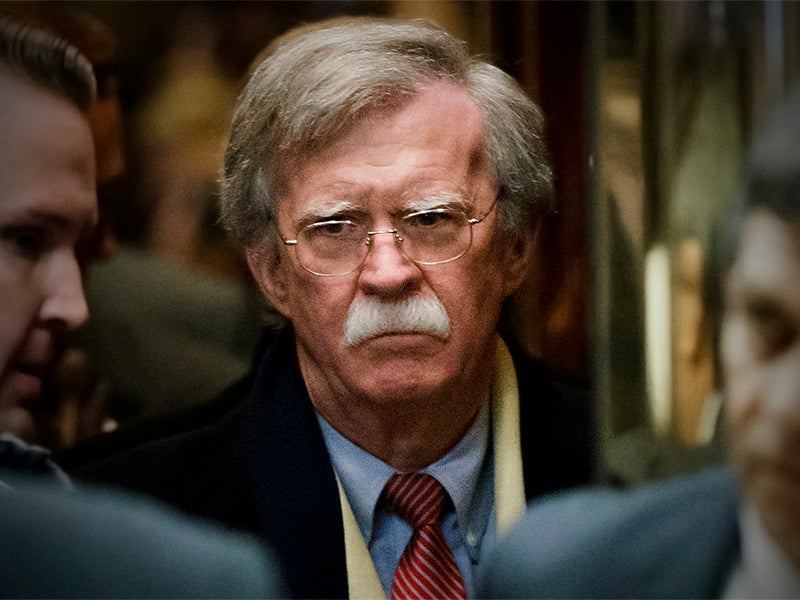 Trump just announced that his second National Security Advisor, Army three-star general H.R. McMaster, and the author of the administration's guiding foreign policy strategy, has been canned. Taking his place will be John Bolton.

Bringing in a guy that has been maybe the loudest voice when it comes to tossing away the Iran nuclear deal sure doesn't help the chances of coming to a realistic agreement with North Korea on their own nuclear weapons program. McMaster was no dove, but John Bolton is the hawk of all hawks who has never met a war or military action he didn't like. Right now, when we have to at least try and make Pyongyang think that a deal is a deal with the United States, putting this guy in as the President's top national security aid is ludicrous and sends a terrible message.

North Korea is already fully aware of how America treated Muammar Gaddafi after he gave up his nuclear ambitions, but putting John Bolton at the head of the National Security Council just when trust between two bitter foes is most needed is such a bone-headed move it would be laughable if it weren't so dangerous.

It's also odd that Trump, who railed against the neo-conservative troop that brought us the war in Iraq and constantly told voters how stupid our past diplomats have been, would hire a major Bush administration retread like John Bolton. This is especially true considering that Bolton was a key proponent for the Iraq war during his time as Under Secretary of State for Arms Control and International Security Affairs, the position he held in the Bush administration before taking up the role as Ambassador to the United Nations.

Make sure to watch these three videos. Bolton talks about tearing up the Iran deal in the first video, how he sees a meeting with Kim Jong Un going in the second, and makes some head spinning comments about WMDs in the middle east that sound woefully familiar in the third. He even goes on to defend the invasion of Iraq in 2003 and other regime change dreams. It is a wild piece of footage that really underscores how volatile this man can be when given daily access to the President's easily influenced ear.

It's near certain that Bolton's constant presence on Fox News had something to do with his appointment by Trump as not only is the cable news network a major source of information for the President, but it's also a primary recruiting ground for his administration—a tactic that has had laughably poor results.

Now the biggest test will be seeing if Bolton can muzzle it when it comes to Iran until talks with North Korea have concluded one way or another. I would handicap the chances of him doing so at one in four, and that may be generous. This man will also be alongside the President at those critical negotiations, hardly a moderate voice when it comes to reaching an amicable compromise in leiu of starting what will undoubtedly be a massively bloody war that will shake world markets to their core.

As for his super militant talk towards Iran, the United States needs a war in the Persian Gulf like it needs a hole in the head.

With Mike Pompeo moving over from CIA Director to Secretary of State, the Trump foreign policy executive team is shaping up to be quite the Hawk's nest. Considering what a very similar if not a more seasoned group of like-minded individuals got us into in the 2000s, it's a frightening turn of events indeed.