A senior U.S. general appears to have confirmed that hundreds of Russians fought – and died – in a major battle against American forces and their local counterparts in Syria. More importantly, U.S. Army Brigadier General Jonathan Braga, director of operations for the main U.S. military task force in charge of operations in Iraq and Syria, said he feared the situation could have escalated into an all-out conflict with Russia, something we at The War Zone have warned repeatedly is becoming a worryingly realistic possibility.

Braga gave the surprisingly candid account of what had happened to NBC's Richard Engel, who traveled with the general to visit the exact site of the incident in Syria and to see what the U.S. military was doing to improve its defensive posture.

The skirmish occurred on Feb. 7, 2018 when forces aligned with Syria's dictator Bashar Al Assad, backed by Russian mercenaries from a shadowy company called Wagner, which are possibly under the direct control of the Kremlin, launched an attack on U.S. forces and members of the U.S.-backed Syrian Democratic Forces, a predominately Kurdish group, in eastern Syria. The opposing force consisted of tanks and heavy artillery.

After a massive American counter-attack involving air and artillery strikes beat back the opposing troops, reports emerged afterwards suggesting that as many as 200 Russians had died in the engagement, which you can read more about in detail here and here.

The initial attack "led to immediate phone conversations with the Russians to inquire what was going on, to cease this if they had any knowledge of this," Braga told Engel. The Russians responded by saying "those are not our forces and at that time it was confusing," the general added.

Based on the segments of the interview that NBC has released so far, Braga does not specifically say the Russian government ordered the operation or otherwise had any direct involvement in it. He does, however, clearly say the U.S. government believes it killed a significant number of Russian nationals during the battle and unequivocally says he was concerned that the situation could have spiraled into a much more serious conflagration.

"There have been reports that two to three hundred of the Russian force was killed. Is that accurate?" Engel asked him in the interview. "We've seen that in open reports as well and that's I would say close to our estimates as well," Braga responded.

"Were you worried during this firefight, during this battle that this could have become sort of real war with Russia?" Engel continued. "Absolutely concerned and that's why, again, I had a professional dialogue with our [Russian] counterparts throughout the night," the general told him.

Braga's comments are of a significant different tenor from previous remarks from U.S. military and other government officials, including Secretary of Defense James Mattis, offered in the days and weeks following the incident. Mattis in particular repeatedly deflected and downplayed the presence of Russian mercenaries and the potentially serious implications of their involvement, especially as a proxy for the Kremlin itself.

Yet, on multiple occasions he described the idea that Russia would have had a direct hand in the incident as "perplexing," despite months of publicly increasing tensions between the two countries over the situation in the region, including already worrying aerial confrontations. The Russian government has, of course, denied any involvement, saying that there might have been just five "presumably Russian citizens" who died in the fighting, and deflecting accusations that it played any part in the incident with unfounded claims and conspiracy theories.

While we don't know what the reason for the shift in tone might be, Braga's new interview with NBC does follow a fiery speech from Russian President Vladimir Putin on March 1, 2018, in which he unveiled a host of new strategic weapons and implicitly threatened the United State and its allies. It also comes after a high-profile poisoning of a former Russian intelligence officer in the United Kingdom, which both the U.K. and American governments say was a Kremlin-ordered assassination attempt.

The interviews release also comes amid U.S. government reports of Russia-based cyber attacks on U.S. public and private institutions, including elements of the country's electric grid and political processes, all in the run-up to the 2018 U.S. mid-term congressional elections. The United States continues to investigate the extent if Russian meddling in the 2016 presidential election, though the U.S. Intelligence Community says it has little doubt that the Kremlin tried to interfere with those polls.

Putin, who is almost certain to win a fourth term as Russia's president a controversial election in polls just days away, appears to have increasingly turned to proxy forces in Syria, such as the Wagner forces, in order to better avoid criticism at home and abroad. In December 2017, he triumphantly toured the region and declared total victory in Syria during a stopover in that country.

There had been reports of growing Russian casualties in Syria, which could have given rhetorical ammunition to his braver political opponents. Just earlier in March 2018, a Russian Air Force An-26 transport plane crashed near the Kremlin's outpost in the western Syrian governorate of Latakia, killing all 32 individuals on board. There has been little additional information about this incident, with Russia said was not the result of enemy action.

Back in the eastern portion of the country, Braga seems to fear that another Russian-backed attack could easily come in the future. “I don’t think that’s healthy for de-escalation,” he told NBC's Engel, referring to the pro-Syrian forces still situated very close to American and SDF positions.

Whatever happens, there seems to be growing evidence that the two sides may already be in the midst of a low-level conflict, or least an uneasy standoff, whether they're actively fighting each other or not. 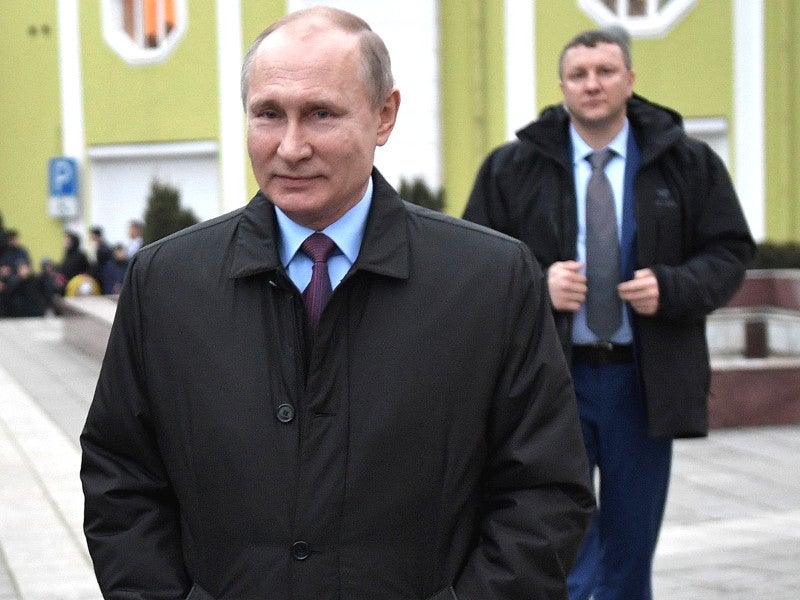 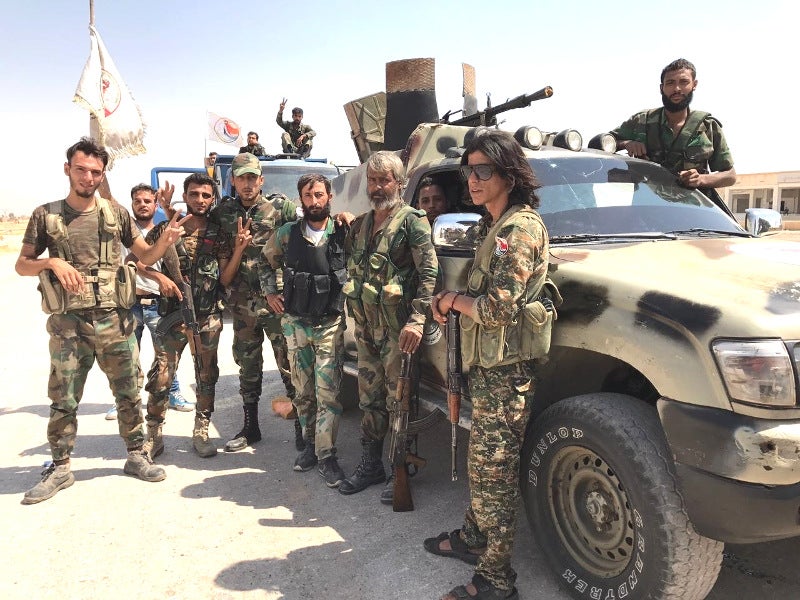