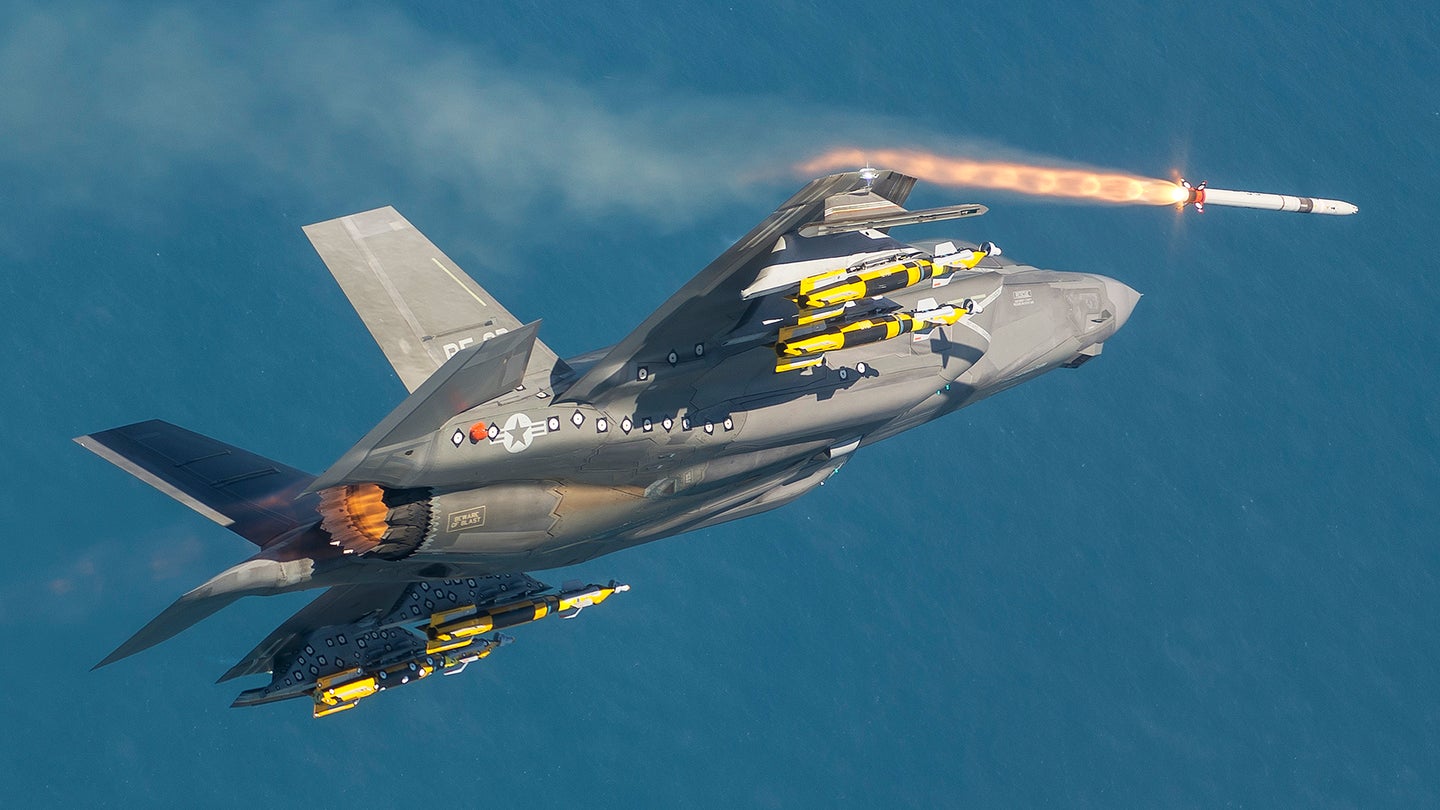 Just as India's once again hits the reset button on its premier fighter aircraft procurement program and becomes ever more disillusioned with Russia's 5th generation fighter offering, the head of U.S. Pacific Command has supposedly stated that he supports the sale of F-35s to India. This would be the first official admission that such a possibility is even on the table, although The War Zone has long suspected this would be the case.

“At the moment, India is considering a number of U.S. systems for purchase, all of which USPACOM fully supports: the F-16 for India’s large single-engine, multi-role fighter acquisition program; the F/A-18E for India’s multi-engine, carrier-based fighter purchase; a reorder of 12-15 P-8Is; a potential purchase of SeaGuardian UAS; MH-60R multi-role sea-based helicopter; and F-35 Joint Strike Fighter...

...India will be among the U.S.’s most significant partners in the years to come due to its growing influence and expanding military. As a new generation of political leaders emerge, India has shown that it is more open to strengthening security ties with the U.S. and adjusting its historic policy of non-alignment to address common strategic interests. The U.S. seeks an enduring, regular, routine, and institutionalized strategic partnership with India. USPACOM identifies a security relationship with India as a major command line-of-effort...

...USPACOM will sustain the momentum of the strategic relationship generated by the POTUS-Prime Minister-level and the emerging 2+2 Ministerial Dialogue through strengthening our military-to-military relationship and working toward additional enabling agreements to enhance interoperability...

...Over the past year, U.S. and Indian militaries participated together in three major exercises, executed more than 50 other military exchanges, and operationalized the 2016 Logistics Exchange Memorandum of Agreement (LEMOA). Defense sales are at an all-time high with India operating U.S.-sourced airframes, such as P-8s, C-130Js, C-17s, AH-64s, and CH-47s, and M777 howitzers.”

The potential confirmation comes after India has denied that they are interested in the F-35, or that they have been briefed directly on the program. But rumors of background talks about the possibility of purchasing the stealth fighter have persisted.

The possibility of F-35s wearing Indian Air Force roundels is not new. During the Obama Administration, as India tightened up more and more with the United States, the possibility was often discussed in defense circles and by the author of this post. But that administration was far heavier handed when it came to controlling weapons exports compared to the Trump Administration, which has a not so secret affinity for selling American weaponry to allies abroad.

The threat China poses in the region is also accelerating, and India in particular is being faced with Beijing's extra-territorial assertiveness more than ever. The F-35 could go a long way in counter-balancing China's rapidly modernizing air combat capabilities, including the introduction of its own low-observable fighter, the J-20, into service recently.

India's need for fighters that can operate from land and from ships, with catapults and without, could prove to make the F-35 especially enticing, as the Indian MoD could use all three variants in the coming years.

Obviously tight export controls would have to be part of any F-35 deal with India, and it is very unlikely that technology transfer or major industrial offsets would be included in a purchase. But India could buy other aircraft, even the F-16 Viper or F/A-18 Super Hornet, or something from another country, to accomplish those goals. So an F-35 purchase would be a longer-term strategic play, with the possibility of industrial offsets and technology transfer occurring much farther down the line.

The big question is does India needs the F-35's capabilities in the near term, even if that means eating into their budget for other tactical jet programs. That's a question that we will have to wait to have answered, but New Delhi could jettison its PAK-FA deal with Russia—which is based on a variant of the Su-57—and divert those separate funds to an F-35 procurement initiative.

Such a move would enrage Russia, which is banking on Indian funds to help sustain and stabilize the Su-57 program, a jet which Moscow is having trouble buying itself.

Above all else, if this report is accurate, we have our first official admission that the F-35 is very well in play when it comes to U.S.-Indian military cooperation. With high-level talks between both countries defense officials scheduled in the weeks to come, we may hear more about a Joint Strike Fighter's possible sale to India soon.