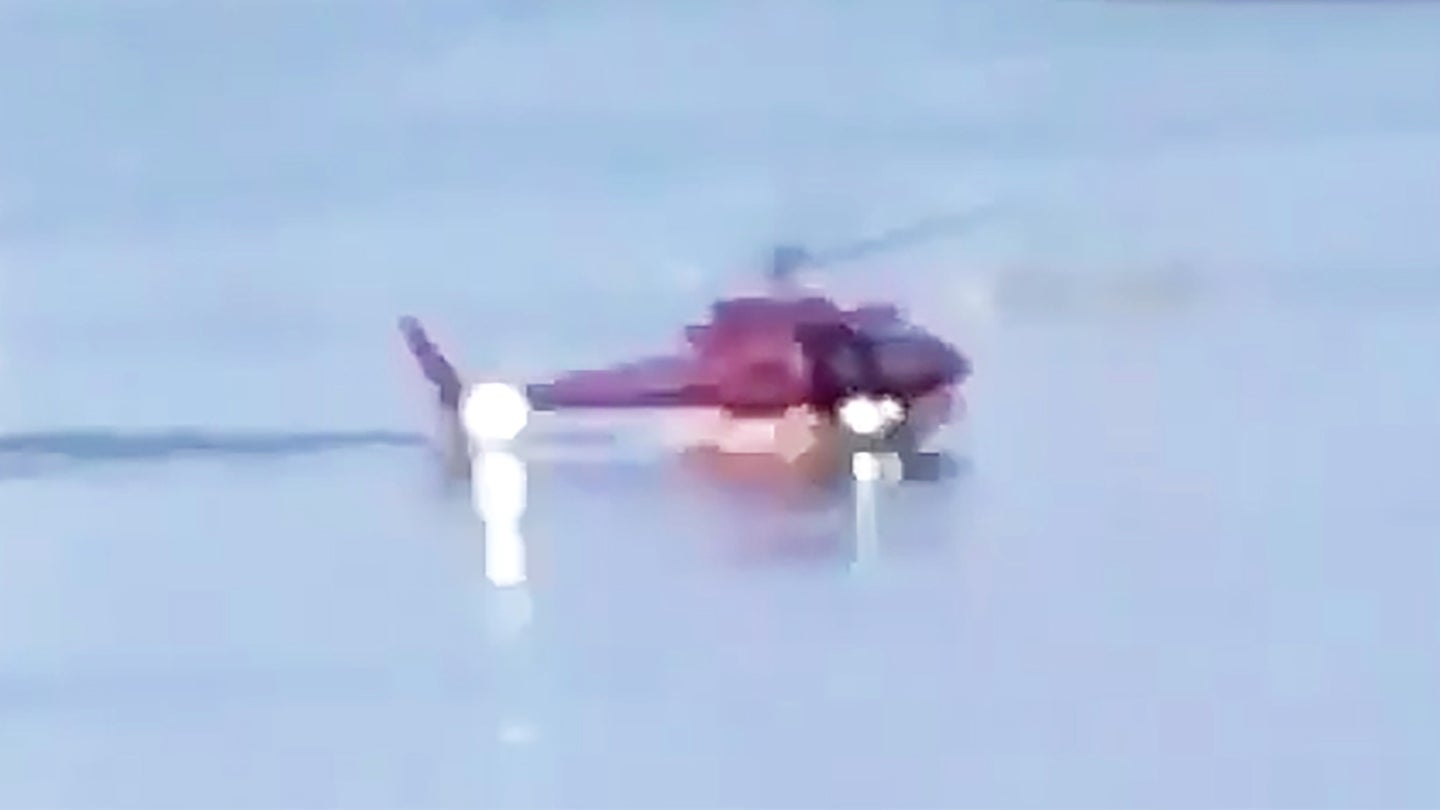 A Eurocopter AS350 crashed into the East River today at around 7pm local time. The emergency response operation is ongoing, but apparently the helicopter lost power and the pilot decided to ditch in the frigid waters off East 96th Street on Manhattan's Upper East Side. The helicopter supposedly rolled over after landing and emergency divers raced to the scene where they plucked the pilot out of the water.

Here is video of the incident taken by a bystander (it's also linked here just in case it doesn't show up in your browser):

The pilot is said to be in ok condition with some sources stating that they were the only one onboard at the time of crash, although other reports state that up to five passengers are trapped inside the wreck. We will have to wait for further clarification as to how many people were actually involved.

It's worth noting that New York City has been working to decrease helicopter traffic around the city and no private or commercial helicopters are allowed to land in the city itself aside from at designated heliports arrayed around its periphery, some of which are restricted during the weekend.

I'm sad to report that others were onboard, some of which have died. AP reports that one person has been rescued, and two have died. Rescue divers and search and rescue boats and helicopters continue to work the scene.

The helicopter involved was N350LH and here is the audio of the mayday call.

A huge thanks to my old friend and helicopter pilot @thenewarea51 for finding this audio. Make sure to follow him on twitter as he often lends a hand behind the scenes here with some of my biggest posts.

We also have new video of the ditching:

Here is the helicopter:

At least two people are dead and three are injured from the crash. Passengers were trapped inside the helicopter as it rolled over and submerged after striking the water. Three of the survivors are in critical condition and being treated at local hospitals. Divers are still working around the helicopter, supposedly six were on board in total.