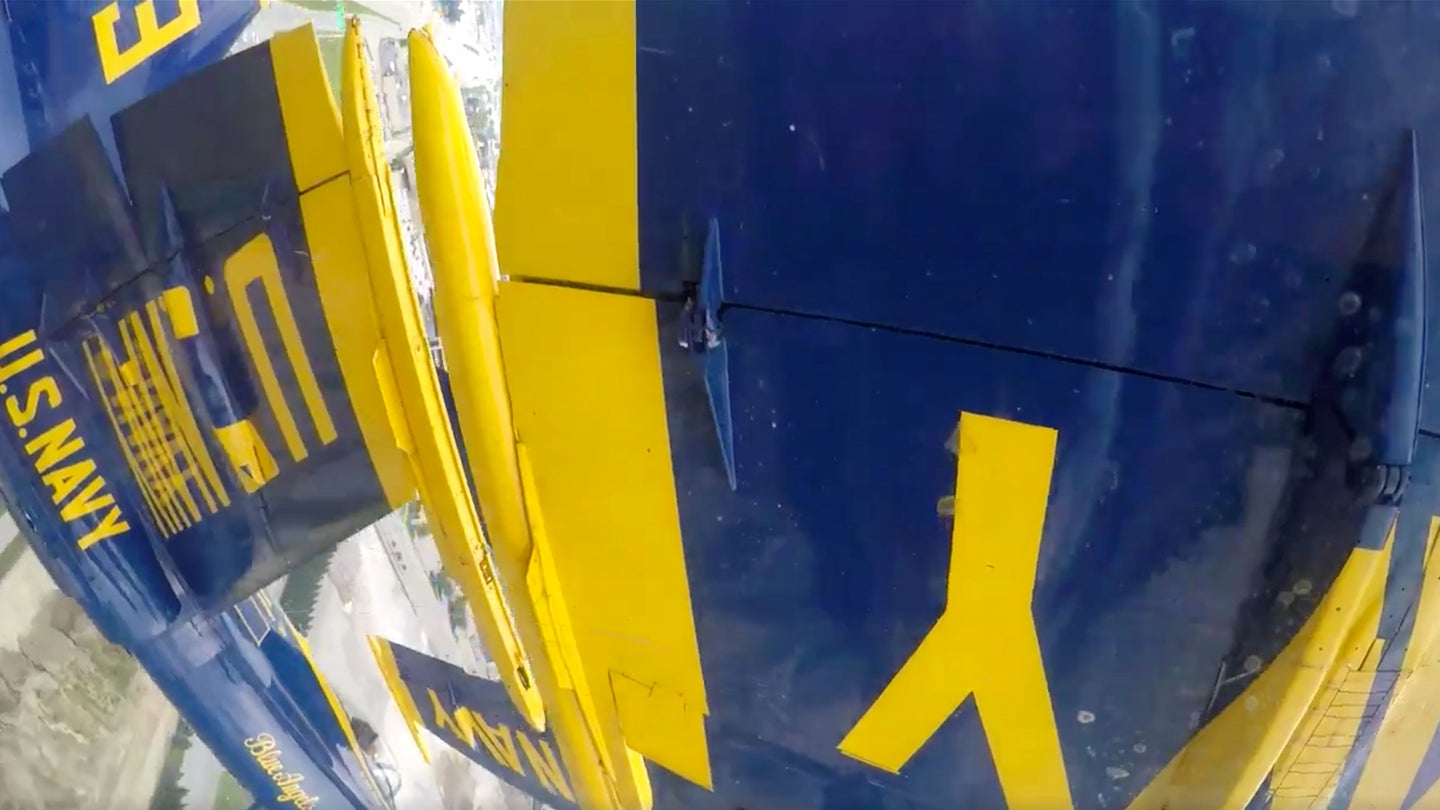 The Blue Angels 2018 show season officially begun on Saturday with the team's kickoff display at their winter training ground in El Centro, California. The air show at the relatively remote naval aviation training facility is one of the best in the country and it's a staple rite of passage event for the Navy's Flight Demonstration team. And every so often we get some footage of the team in action that reminds us just how seemingly super natural their flying abilities flying are.

The video below comes to us from Canadian fighter pilot and former Snowbirds team member Maciej 'Match' Hatta of Match Productions. During his time with the Snowbirds he created some awesome videos using all types of video technology, and judging by the video below, he also brought his camera along for a ride with the Blue Angel's slot pilot.

Here is a link to the twitter video if it does on appear on your browser below.

After the tragic loss of one of their own in 2016, the team quickly rebounded, putting on demonstrations that looked tighter than ever before to the familiar eye. The Blues will be packing up shortly and departing NAF El Centro and heading over to Luke Air Force Base in Arizona for their open house, and from there they will head over to the Lone Star State for the NAS Kingsville air show the following weekend. Check out the team's full 2018 schedule here to see if they are headed to your neck of the woods this season.

If you are interested in what it is like being a Blue Angle and criss-crossing the country for months on end as one of the highest profile ambassadors for the Navy and Marines, check out this past special tell all-feature of mine: Confessions of a Blue Angel.