The U.S. Air Force will pay Boeing nearly $21 million to build more of the service’s heaviest conventional bomb, the GBU-57/B Massive Ordnance Penetrator, or MOP, following successful tests of a new variant that includes an improved fuze. The huge bunker busters would be an essential component of any strike against North Korea, including a limited operation to try and neutralize its ballistic missile and nuclear weapon capabilities, as well as missions against other potential adversaries with extensive subterranean military infrastructure, such as Iran or China.

The Air Force announced the contract award on Feb. 8, 2018, on the U.S. government’s main contracting website, FedBizOpps, while the Pentagon confirmed it in a routine press release on the same day. The notices do not say how many individual bombs Boeing will build, but note that the company will perform the work entirely at its facilities in St. Louis Missouri and that it should have delivered all of the new MOPs by July 31, 2020. An earlier 2011 contract worth approximately $28 million had paid for eight of the 33,000 pound bombs, but also included orders for various parts and accessories, as well as a redesign of the B-2 Spirit stealth bomber’s rear bomb bay to accommodate the munition. The B-2 is the only platform that would employ the weapon in combat.

In addition, this new contract will almost certainly be production versions of the latest version of the MOP, also known as the GBU-57D/B, which would have a different individual unit cost than earlier types. In January 2018, Bloomberg was first to report that the Air Force had already put examples of this variant into operational service, following a series of tests in 2017.

The Air Force is especially tight-lipped about the MOP program in general, but thanks to yet another contract notice from 2015, we do know that the GBU-57D/B design at least included a modified fuze. This component is particularly important for bunker buster-type bombs, which have various specific features to strike at facilities and other targets buried beneath significant layers of hardened material.

If the fuze detonates the bomb’s main explosive charge too early, or fails to function at all, it is unlikely to cause the desired damage. At the same time, building such a system that can withstand the shock of falling from high altitude and then slamming through multiple layers of reinforced concrete or other similar barriers is no easy task.

In 2017, the Air Force began ordering new BLU-137/B 2,000-pound class bunker busters for much the same reason. The major improvement in these bombs over the older BLU-109-series, which have been in service since the 1990s, is a more reliable fuzing mechanism.

But these much smaller bombs are only supposed to be able to break through approximately four to six feet of reinforced concrete. Available public information suggests that the MOP’s components are supposed to survive burrowing down at least 10 times this distance into hardened targets, which would require a much more robust fuzing system to begin with. It’s not surprising that the Air Force has been interested in having Boeing continue working to make sure it is as reliable as possible.

According to a recent report from the Pentagon’s Office of the Director of Operational Test and Evaluation, the Air Force determined the new fuze, as well as any other components of what it called the Enhanced Threat Response-IV (ETR-IV) weapon modifications, was effective after tests at White Sands Missile Range in New Mexico. In May 2017, three B-2 bombers each dropped one modified GBU-57/B on “a representative target,” which was the last part of the ETR-IV program, the review said.

It’s not clear how many MOPs the Air Force may have retrofitted with the upgrades, though the Office of the Director of Operational Test and Evaluation said it had produced a classified “Early Fielding Report” regarding the bombs with the ETR-IV improvements in November 2017. It’s also not clear how many the service has in total.

Since 2011, the Air Force has taken delivery of at least 20 GBU-57/Bs of all types, but it has expended a number of MOPs in tests or exercises. This likely includes secret experiments, such as a now-declassified 2012 event in which an RQ-170 Sentinel stealth drone conducted a bomb damage assessment mission after a B-2 dropped one of the bombs on a test range. The Air Force also only turned the project, which started as a Secretary of Defense-sponsored initiative in 2007, into a formal program of record in August 2017, the Office of the Director of Operational Test and Evaluation noted in its report.

Whatever the case, buying more now makes perfect sense given the United States’ heightened tensions with North Korea over its ballistic missile and nuclear weapons programs. There is increasing talk about the possibility of the U.S. military launched a limited “bloody nose" strike on the reclusive Communist country in order to try and neutralize those capabilities.

The video below includes a clip of a B-2 bomber dropping a GBU-57/B during a test.

“Remember, missile infrastructure is not just the missiles,” Vice Chairman of the Joint Chiefs of Staff U.S. Air Force General Paul Selva explained to reporters during a round table discussion on Jan. 30, 2018. “If you're the poor sergeant that has to go out and launch the missile, and I blow up your barracks, you're not available to go do your job.”

The senior officer added that he was confident that the U.S. military could destroy “most” of this infrastructure if necessary with a conventional strike. Since it is widely understood that the North Koreans have an extensive network of tunnels and other underground military facilities to shield its missiles and nuclear weapons from potential attack, which are well beyond the reach of smaller bunker busters such as the 2,000-pound class BLU-109 or -137 or the 4,500-pound class GBU-28/B, the MOP would have been a critical factor in any such assessment.

The MOP also gives the United States a non-nuclear means of holding North Korean premier Kim Jong-un and other members of his regime directly at risk, since it could potentially penetrate equally well protected underground command and control sites and other bunkers the country's senior leadership might flee to in a crisis. The United States and South Korea both routinely make references to a "decapitation" strike focused on the North Korea's top leaders.

On top of that, the bulk of North Korea’s air defenses may be increasingly outdated, but they still form a dense array of very real threats, especially to non-stealthy aircraft. As such, B-2s carrying MOPs would almost certainly be a key part of at least the first wave of any American strike, limited or otherwise, something we at The War Zone have stressed in the past.

The MOPs will be a steadily more important part of the Air Force’s arsenal in general as time goes on, both with regards to smaller potential adversaries and near peer opponents. As with North Korea, President Donald Trump and his administration have taken a particularly hard line against Iran and its ballistic missile and nuclear programs.

Much of the impetus for the MOP program in the first place appeared to be Iran’s push to bury its nuclear enrichment infrastructure deep underground to protect against an American or Israeli pre-emptive strike. The regime in Tehran has only expanded those construction projects, having now built large subterranean facilities to house its missiles, as well.

China has also increasingly turned to tunnels as a way to mitigate the threat of a short- or no-notice aerial or missile strike on key facilities and weapon systems. The People’s Liberation Army’s Second Artillery Corps, the Chinese government’s name for its land-based nuclear forces, alone has a tunnel network stretching more than 3,000 miles, which the country’s state media has termed an “Underground Great Wall,” while the People's Liberation Army Navy notably built a large submarine base underneath a portion of Hainan Island in the South China Sea. In July 2017, Geopolitical analysis firm Stratfor released satellite imagery that indicated there was a large underground component to China’s new base in the East African country of Djibouti, as well.

With all of these things in mind, it’s smart for the Air Force to get Boeing to work building more MOPs now to make sure it has an adequate stockpile to respond to any potential crises and to still have some on hand for more testing. 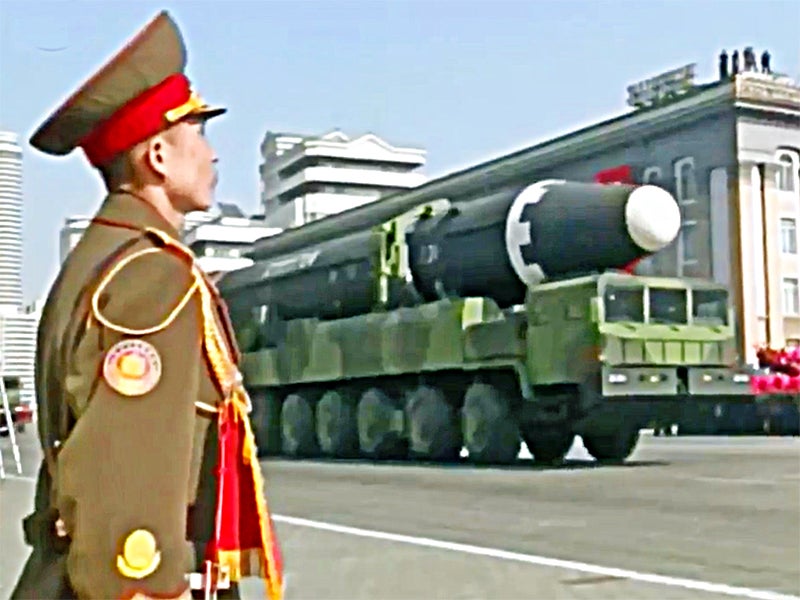 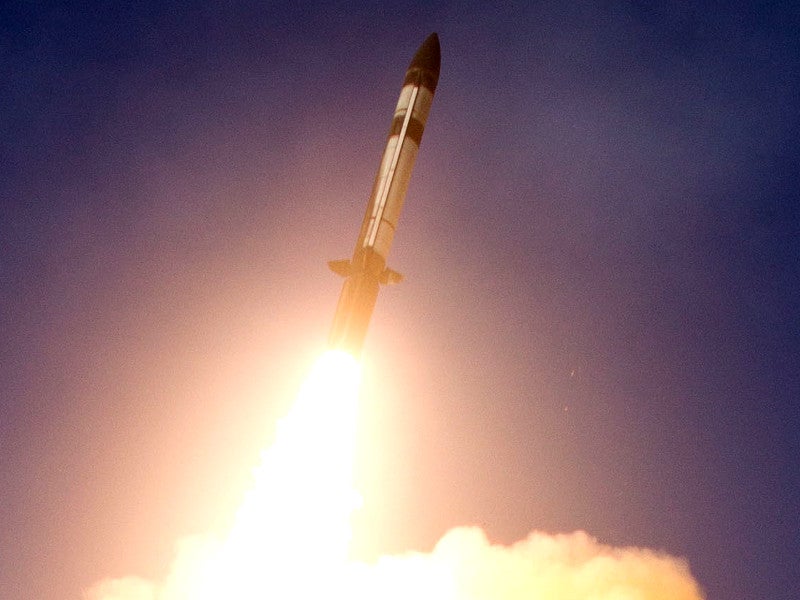 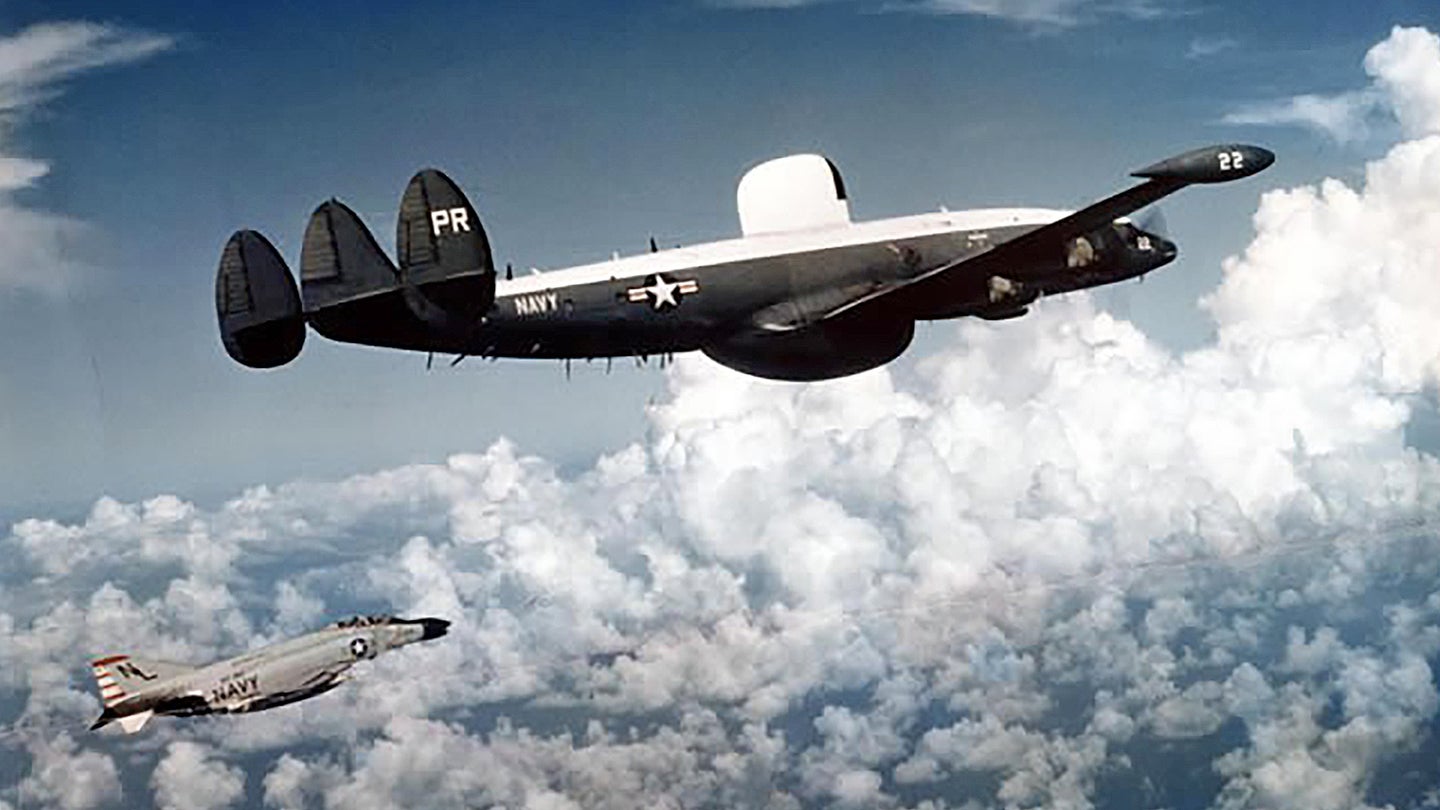