The Russian Ministry of Defense has mocked the crews of American spy planes as overly cautious and suggested the United States either stop such missions near its borders or agree to a set of rules governing those flight. The official statement comes after the U.S. Navy released half a dozen videos showing one of Russia’s Su-27 Flanker series fighter jets flying dangerously close to an EP-3E Aries II intelligence aircraft in international air space over the Black Sea.

The inciting incident occurred on Jan. 29, 2018, as the Navy’s Aries II conducted a routine mission in the Black Sea near Ukraine and its Russian-occupied Crimea region. The Kremlin says Crimea is part of its national territory and developed a major military presence there, including advanced fighter aircraft and surface-to-air missiles, since seizing control of it in March 2014.

The Russian military “will continue to provide robust defense of the borders of Russian airspace,” the statement from the country’s Defense Ministry on Feb. 1, 2018 said, according to quasi-state outlet RT. “If the realization of this fact by American pilots causes depression and phobias, we recommend that the American side either exclude flying near Russian borders in the future or return to the negotiations table and agree on a set of rules for such flights.”

The United States has already made it clear that it believes the actions of the Russian pilot were dangerously aggressive, with the Su-27 flying within five feet of the four-engine turboprop spy plane at times during its nearly 3 hour long intercept. The Flanker then jammed itself in front of the EP-3E, leaving only an estimated 10 feet between the two planes and shaking the crew onboard the American aircraft, before departing the area, according to the U.S. Navy.

“For the Russian fighter aircraft to fly this close to the U.S. Navy aircraft, especially for extended periods of time, is unsafe,” U.S. Navy Captain Bill Ellis, commander of Task Force 67, which oversees the service’s patrol and intelligence gathering aircraft in Europe and Africa, said in his own statement on Jan. 31, 2018. “The smallest lapse of focus or error in airmanship by the intercepting aircrew can have disastrous consequences. There is no margin for error and insufficient time or space for our aircrews to take corrective action.”

The EP-3E subsequently aborted its mission and returned to base. The Navy has now released a total of six video clips of the incident which notably show the Su-27 was armed with a mix of semi-active radar homing and infrared homing versions of the R-27 air-to-air missile during the intercept.

The five additional clips the Navy made public on Jan. 31, 2018 are seen below.

“The maneuvers of the Russian fighter jet on January 29 were standard, absolutely legal and perfectly safe for the American surveillance plane,” the Russian Ministry insisted in its February 1st, 2018 statement. “When NATO fighter jets conduct similar maneuvers towards Russian military planes on patrol over the Baltic, the Barents, the Norwegian, the North or any other sea, they do not affect the Russian crews in the slightest way.”

The Kremlin has not provided any associated evidence to bolster its claims that NATO jets routinely perform similarly unsafe maneuvers when intercepting and otherwise monitoring its aircraft in international airspace. In June 2017, Russia did release a video showing another Flanker type fighter placing itself between a Dutch F-16AM fighter jet and a Tu-154 VIP plane carrying the country’s Defense Minister Sergei Shoigu. The Viper never appeared to be dangerously close to either Russian aircraft, though.

It is true that these contested intercepts are hardly out of the ordinary. They’ve become even more pronounced as Russia’s relations have deteriorated with the United States, other NATO members, and countries along its borders that aren’t part of the bloc, but are aligned with Western Europe.

They’ve even spread to Syria, where U.S. and Russian military aircraft regularly run into each other, sometimes almost literally. This has occurred despite a formal agreement between the two countries that is supposed to keep their planes separated specifically to avoid any dangerous interactions.

But the Kremlin’s new appeal to stop the flights near its borders entirely or adopt a bilateral understanding is a significant development. It underscores a separate and worrying breakdown in long-standing arms control treaties and other basic norms, which we at The War Zone have previously discussed in depth here.

Notably in relation to this incident in the Black Sea, the Russian government has already blocked U.S. surveillance flights over its Kaliningrad enclave on the Baltic Sea, as well as Chechnya and South Ossetia, in violation of the Open Skies Treaty. That deal is supposed to provide foreign countries with a way to legally observe others’ peacetime military movements and strategic posture in order to promote transparency, stability, and help with treaty verification.

It’s worth noting that South Ossetia is not part of Russia, even by the Kremlin’s own assertions, at least as of yet. The United States and the bulk of the international community agree that it is integral part of Georgia, despite the region’s declaration of independence following a brief war in 2008 between Russian “peacekeepers” and Georgian forces. Russia does seem to be quietly working toward formally annexing the province, though.

Now, it appears Russia might be looking for new ways to block military flights near Crimea. Though it did mention American and NATO spy flights elsewhere, the Russian Ministry of Defense’s statement focused heavily on reiterating the country’s claim to the region.

“We would like to address the commander of the 67th Task Force of the 6th Fleet Bill Ellis with a reminder Crimea is an integral part of Russia,” the official statement said, according to TASS. The Russian state-run outlet added that “the Russian military believes that when it dispatches air pilots on reconnaissance missions in this part of the Black Sea the United States should keep in mind that they will encounter Russian fighters, and not Ukrainian partners, or supply all crews with updated maps showing the correct borders of Russia’s airspace.”

Russian aircraft have already harassed American and NATO warships operating in the Black Sea on numerous occasions. In February 2017, the Pentagon complained about two Russian Su-24 Frencer swing-wing combat aircraft and an Il-38 May maritime patrol aircraft making provocatively low passes near the Arleigh Burke-class destroyer USS Porter as it sailed through the body of water.

The United States is unlikely to respond to the Russian demands to curtail its military activities in international airspace. The U.S. Navy’s initial statement said that both parties have a clear right to operate in those neutral spaces, but that it is the Kremlin’s forces that haven’t been abiding by international standards for doing so.

The U.S. government has not had good experiences with attempting to come to bilateral understandings about surveillance flights, even when they're done at the highest levels, either. In 2015, the United States struck just such a deal with China outlining rules for the intercepts themselves and establishing an hotline in case of any apparent miscommunication. This had followed years of dangerous intercepts over various areas of the Pacific, particularly the East China Sea and South China Sea, most notably an incident in 2001 that left a Chinese pilot presumed dead and another EP-3E severely damaged and stranded with its crew on China's Hainan Island.

This didn't stop the aggressive encounters and the Navy subsequently installed special camera pods on its Aries II aircraft to better capture evidence the incidents. These types of additional measures haven't prompted China to change course, either, with a People's Liberation Army Air Force Su-30MKK Flanker buzzing a WC-135C Constant Phoenix atmospheric sampling plane over the East China Sea in May 2017.

So, with regards to Russia, the U.S. military would likely be more inclined to reiterate its inherent rights, possibly in the form of more visible responses to Russian aircraft making routine trips in and around Europe or elsewhere, additional surveillance missions near Russia's borders, or by adding its own armed escorts to those flights, all of which would require a significant expenditure of manpower and other resources. Any such escalation could prompt responses in kind from Kremlin.

Both sides could also appeal directly to international governing bodies to try and secure formal decisions to bolster their claims about the others' violations of various treaties and norms, real or imagined, as well. This could have a cascading impact on other international arrangements, though, as they become diplomatic bargaining chips.

Whatever does happen, the Russians seem intent on using all the tools available to indirectly renegotiate various international agreements and redraw various boundaries to suit their own interests. This will only increase the likelihood of miscalculations and mistakes, though, which could easily turn a dangerous intercept into a much more serious incident. 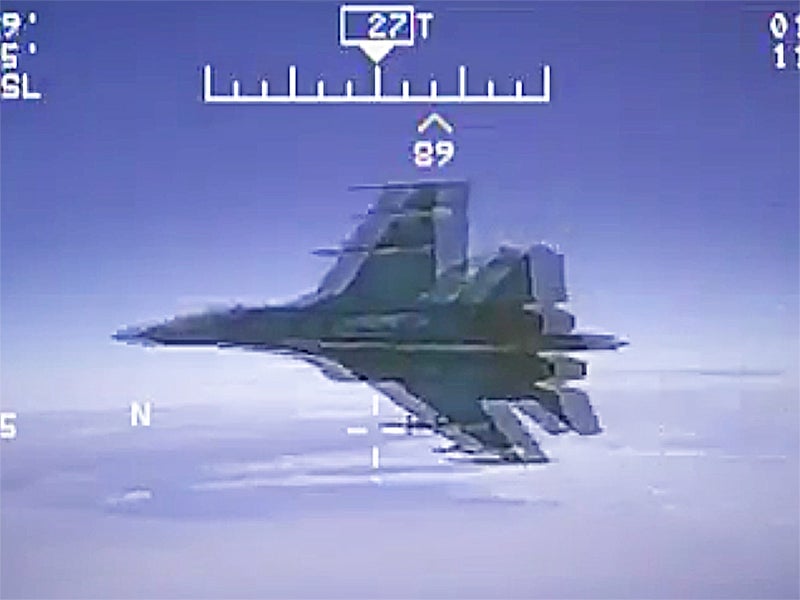 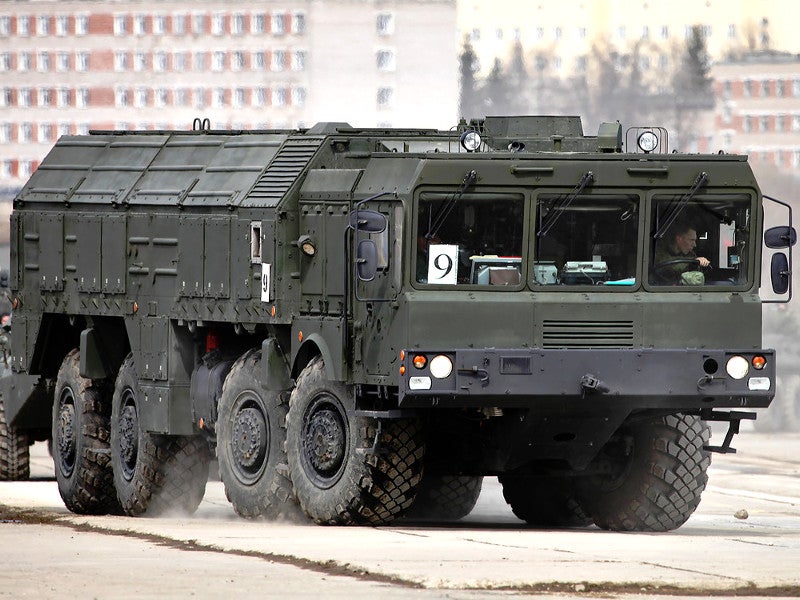