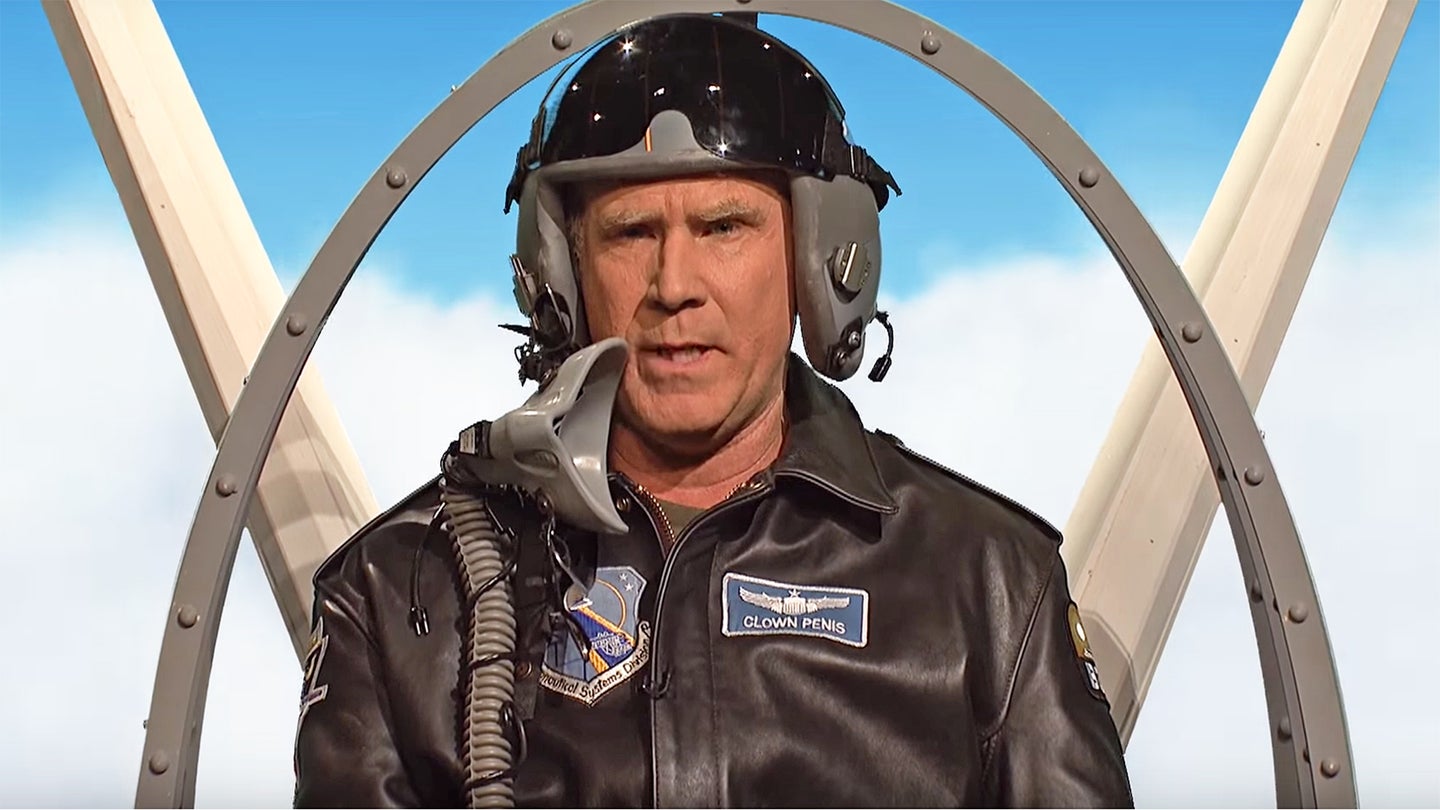 Will Ferrell returned to Studio 8H in Rockefeller Center last night as guest host of Saturday Night Live. During the first sketch following Ferrell's monologue he and various cast members poked fun at fighter pilot callsigns. There was some good laughs in the bizarre bit that really only Ferrell could pull off.

Check out it out for yourself, and if it doesn't play in the video frame below this link will take you right to Youtube:

You know there will be an unlucky nugget (fresh pilot in a squadron) who is tall with curly hair and an oddball sensor of humor that will end up with the "Clown Penis" handle now.

This is not the first time Will Ferrell has played a pilot, he did so a couple times as an SNL cast member and even dramatized Roald Dahl's early life, including his time as a fighter pilot in the Royal Air Force, for Funny or DIe's "Drunk History." Then there is his notorious take on President George W. Bush, which included donning a flight suit for a "mission accomplished" monologue.

Ferrell even had a Anchorman-like TV show in the works for NBC where he and Oscar winning writing partner Adam McKay would take on space race astronaut culture in their own hilarious way. Sadly that project, which was supposedly in the process of being developed in 2014, never made it to the small screen.

Maybe playing deadly fighter pilot "Clown Penis" will inspire him to make another run at the project.