The Chinese government has revealed the existence of two underwater sensors situated between the United States island of Guam and the South China Sea. Though officially for scientific research, the undersea listening devices are likely doing double duty, monitoring the movements of American and other foreign submarines and potentially intercepting their communications.

The state-run Chinese Academy of Sciences only disclosed the pair of acoustic sensors earlier in January 2018, but had been operating them since 2016, according to a report from the South China Morning Post. One of them is in the Challenger Deep, located at the southern end of the Marianas Trench and the deepest known point on earth, and the other is situated further west near the island of Yap, part of the Federated States of Micronesia. Both reportedly can pick up acoustic signatures more than 620 miles away, putting them within range of Guam and the major strategic U.S. naval base at Apra Harbor.

The two devices are “a breakthrough for China,” the head of the deep-sea surveillance and communication programs at the Academy of Sciences, identified only by the surname Zhu, told the South China Morning Post. “The deeper under the surface, the quieter the world becomes, and it allows us to concentrate on the signal we most want to hear.”

At least officially, those signals are the sounds produced as a result of undersea earthquakes, typhoons and other extreme weather patterns above, and marine animals, such as whales. Underwater quakes in particular can trigger devastating tsunamis giving the sensors a legitimate role in improving early warning of potential natural disasters. In February 2017, the Academy of Science’s Institute of Geology and Geophysics conducted a number of controlled detonations in the Marianas Trench that would have produced important data in this regard.

At the same time, those same sensors cannot help but offer a way to listen for submarine traffic. Their strategic locations near Guam, a major staging base for U.S. submarines and surface warships, as well as long-range bombers, only reinforces the likelihood that the devices have secondary military early warning and intelligence gathering roles.

Just being able to monitor underwater movements to and from Guam, and elsewhere in the general vicinity, is an important capability. Capable of operating for protracted periods below the surface, submarines have inherent deterrent qualities and are well suited to avoiding detection in order to get close to a particular area to launch a no-notice strike or to discreetly gather intelligence.

On top of that, the Chinese listening devices may be able to pick up underwater communications transmissions. The South China Morning Post reported that there might be networks of undersea hydrophones in and around Guam that allow submarines to communicate with U.S. Navy command centers without having to get to periscope depth or surface completely and reveal their position.

It would also be able to pick up any other acoustic communications, as well. In 2008, reports emerged that the U.S. Navy had hired Raytheon to work on a system called Deep Siren, which would use a small buoy to convert satellite signals into sound waves, allowing a submerged submarine to use long-range communication networks without having to expose itself.

It is likely that any such transmissions containing sensitive information would be encrypted or otherwise coded in some fashion, but they could still provide a wealth of information for Chinese analysts, such as possible details about standard operating procedures based on how many messages go out in a certain time frame or when and where the exchanges occur. It could also expose potential vulnerabilities in those communication methods.

This is not a new concept, of course. During the Cold War, the United States built and maintained an extensive undersea surveillance network to help monitor the movement of Soviet submarines, known as the Sound Surveillance System, or SOSUS. Spies subsequently comprised that system, leading to a multi-faceted combination of underwater sensors and ship-based towed sonar arrays, all cued to processing stations ashore, known as the Integrated Undersea Surveillance System (IUSS), parts of which remain in operation to this day.

But for China, developing its own such capability is important, especially as it increasingly tries to restrict the movement of foreign military forces through its vast territorial claims in the South China Sea. Though international tribunals have continually rejected the Chinese government’s positions, authorities in Beijing have pushed establish de facto control, primarily through the establishment of numerous military outposts on man-made outcroppings in previously uninhabited reefs and shoals.

In turn, the United States in particular sends aircraft and warships into those areas on Freedom of Navigation Operations, or FONOPS, asserting its right to operate freely in international waters. Earlier in January 2018, the Arleigh Burke-class destroyer USS Hopper conducted one of these missions near the disputed Scarborough Shoal, prompting a Chinese warning that the country would do everything to defend its sovereign territory.

Though China’s steadily growing integrated air and coastal defenses on its South China Sea outposts do present an increasing anti-access/area denial challenge, there has been little the country could do to limit submarines moving through the area. The Chinese are intent on expanding the size and capabilities of their own submarine force, including the development of advanced diesel-electric types using air-independent propulsion systems and other technologies to reduce their acoustic sigature,

So far, though, the results of those modernization efforts have been less impressive than parallel work with regards to the country's surface fleet, including new modern destroyers and an expanding aircraft carrier fleet. At present, the People's Liberation Army Navy's (PLAN) submarine component remains a relatively small portion of its overall naval force and relies heavily shorter range coastal types less well suited to long duration patrols to help enforce its maritime claims.

As such, the Chinese have turned to other means to try and limit the ability of foreign submarines to maneuver freely through areas it claims. In February 2017, China announced planned changes to its maritime safety regulations that would require submarines to surface and display a national flag while transiting through the areas of the South China Sea that the country claims as its own territory and report their activities and movements to civil authorities. Beyond just being of dubious legality under international maritime law, there was no obvious way Chinese authorities could enforce these rules.

The new acoustic sensors could easily be part of an effort to change this balance of power. All of this would be in line with previous reports of the country working toward that goal. In 2016, the state-owned China State Shipbuilding Corporation publicly presented a concept for what it called an “Underwater Great Wall Project” to support the PLAN in the South China Sea.

Then, in May 2017, other Chinese research institutions announced they would begin placing underwater sensor nets in both the South China Sea and the East China Sea, the latter of which is central to a territorial dispute with Japan. Again, the ostensible objective was to gather scientific data, but authorities acknowledged that they also had an innate “national defense” capability, as well.

From all accounts, this will be a major undertaking. The aforementioned research network alone has an estimated price tag of $2 billion Yuan – more than $300 million at the present official rate of exchange, which the Chinese government reportedly deliberately undervalues.

Other parts of the “Underwater Great Wall” will likely not come cheap, either. These costs are immediately offset by the potential of having a game-changing undersea surveillance net that could change the strategic calculus both in disputed regions of the Pacific specifically, as well as the region as a whole.

The new reports of new sensors near Guam only underscore that China is determined to project power further into the Western Pacific and challenge the ability of foreign military forces, especially those of the United States, to operate with impunity in and around regions it considers to be integral to its national territory. 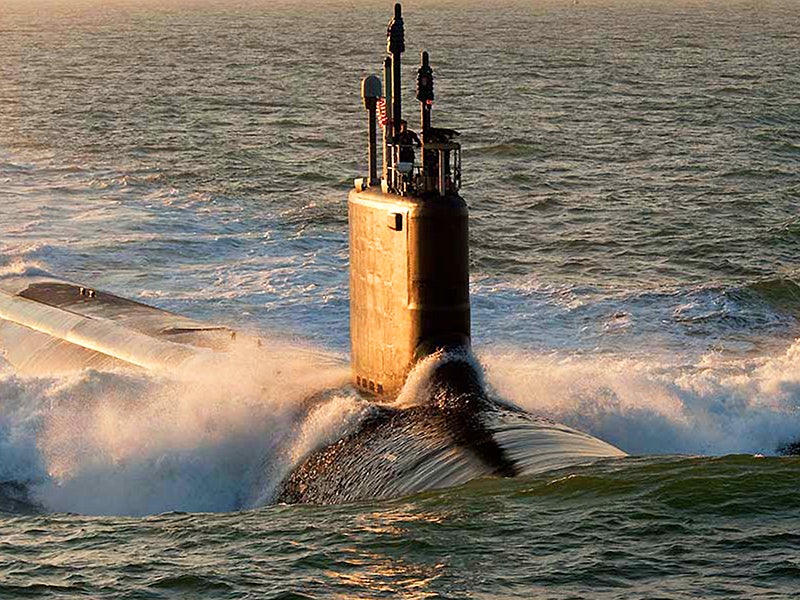 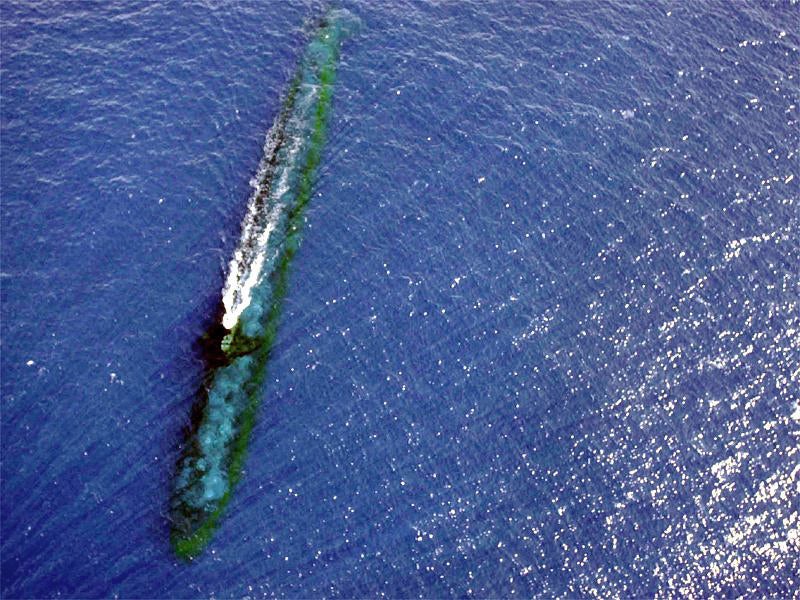 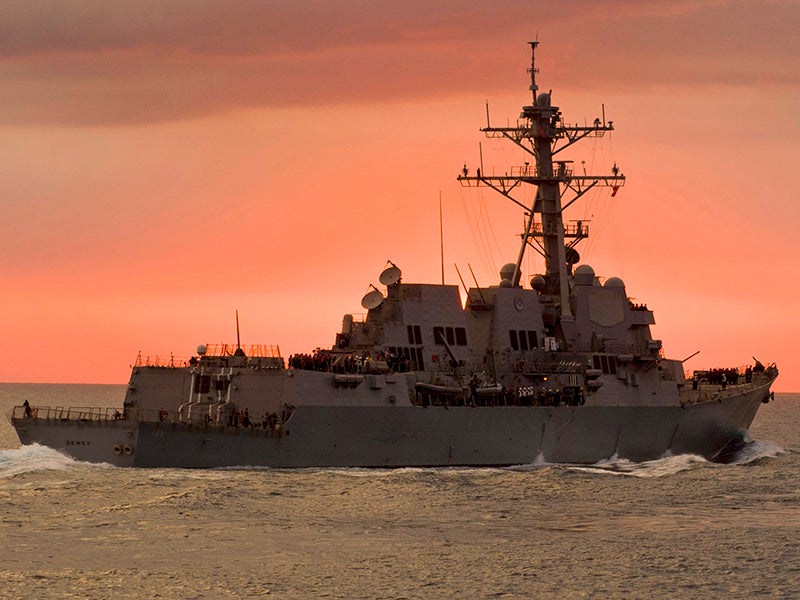