If the bombers do touch down at Andersen AFB in Guam it’ll be the first time all three USAF heavy bombers will be there at once since August of 2016. 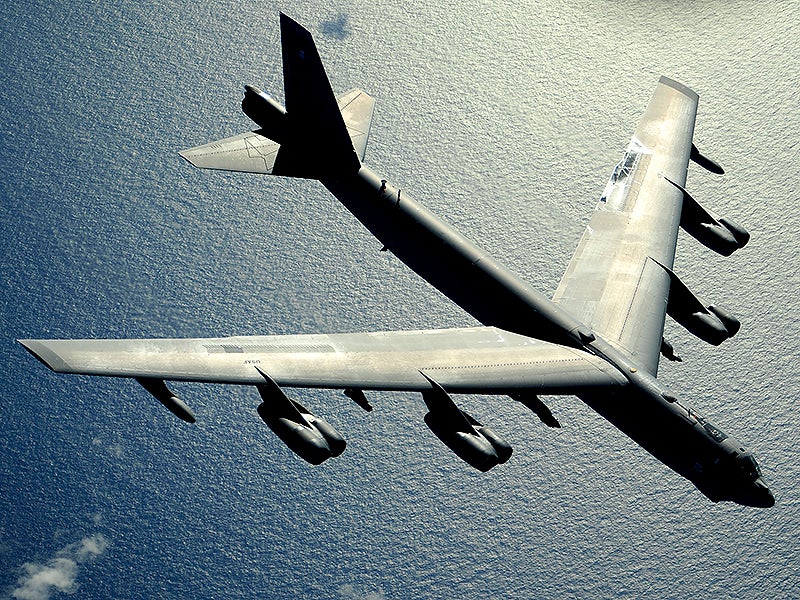 At least two B-52H Stratofortress strategic bombers, callsign MYTEE 51, are making their way across the Pacific. If they continue past Hawaii, and by all indications they will, it is nearly a certainty that they will arrive at Andersen AFB in the coming hours. There they will join B-1Bs and B-2As already deployed to the island outpost. Such an event would be the first time since August of 2016 that all three types that make up the USAF's bomber force will be present on the island at the same time.

The B-2's recent surprise arrival to the island as part of U.S. Strategic Command's bomber assurance and deterrence mission brought a whole set of new war fighting capabilities to a region that has become increasingly tense in recent months—including the ability to deliver nuclear weapons via an aerial platform. This is a capability that the B-1Bs that have been on station in Guam for 16 months don't have. The B-52Hs headed in the direction of the island now, like the B-2As, feature the ability to deliver nuclear weapons.

If the B-52s do indeed make a visit to Guam, it is unclear how long they will stay there. Very quick turnaround of heavy bomber training missions to the island do happen sporadically, but it seems more likely that just like in August of 2016, the triad of bombers will intermix for some time and even possibly fly a limited number of training missions together.

Over the majority of 2017, B-1Bs operating from Guam flew near constant and ever more elaborate "show of force" missions near North Korean borders as the standoff between Washington and Pyongyang devolved into an increasingly perilous situation. The U.S. has few non-invasive military deterrence tricks left to play, but one of them could be flying various mixed sorties of strategic bombers toward North Korean territory, or even bringing all three bomber types together in one massive and high-profile show of force mission. Although such an operation seems somewhat silly for its air show like quality, it is precisely the type of display the U.S. and its regional allies have decided to put on in the past.

As we described in detail before, all this is occurring as the Winter Olympics in South Korea rapidly approaches, which will be a time of highly elevated risk in an already high risk area of the world. It also comes as high-level talks between South Korea and their belligerent neighbors to the north are underway.

UPDATE: The B-52s have arrived, much more on their mission in this new post.