The Russian military says it used 152mm Krasnopol laser-guided artillery shells to kill the individuals responsible for mass drone attacks on its Khmeimim air base and Tartus naval base in Syria and to destroy the workshop where militants assembled and stored the unmanned aircraft. The reports came after Russian President Vladimir Putin said the Kremlin knew who the attackers were, but so far the Kremlin has declined to name them or their affiliation.

On Jan. 12, 2018, the Russian Ministry of Defense, by way of state media outlets, announced that special operations forces, working together with military intelligence elements, had established the whereabouts of the militants involved in the mass drone attacks in Syria, which occurred on Jan. 5, 2018. The special operators and Russia’s own drones overhead then monitored the site before calling in the precision artillery strike using 152mm Krasnopol guided artillery shells.

“When the terrorists arrived at the facility where they were to board a minibus, the whole subversive group was eliminated by the Krasnopol high-precision munition,” the Ministry’s statement said, according to TASS. Separately, “Russian military reconnaissance” located the assembly and storage facility, which the Kremlin’s forces destroyed with another Krasnopol, the statement continued.

Below is the video showing the strike against terrorists Russia says were responsible for the mass drone attacks.

Both targets were in Syria’s Idlib governorate, where forces opposed to the regime of dictator Bashar Al Assad are largely in control. Depending on where the enemy was situated within the province, the Russians could have had to mount more than just a commando reconnaissance mission into the area in order to carry out the strikes.

Below is the video showing the strike against the drone workshop.

The howitzer-fired Krasnopol has a effective range of approximately 12 miles, while portable laser designator and targeting system Russian troops typically use in conjunction with the shell has range of less than three and half miles. The firing sequence involves troops in the field determining the basic map coordinates and transmitting that information back to the firing unit, who uploads the data into the shell's inertial mid-course guidance system.

The shell uses that information to get to the general target area and then troops on the ground guide it to the specific impact point with the laser. There are reports that the Russians employed this weapon in Syria for the first time in 2016.

And that the Russians did not simply launch airstrikes into Idlib suggests that there may have been no precision guided munitions available for its aircraft in Syria or otherwise available to planes close enough to launch an attack against the time-sensitive target. Official images and video from the Khmeimim air base and of Russian air strikes originating outside the country commonly show aircraft dropping strings of unguided bombs on their targets.

Below is a video showing a demonstration of the Krasnopol laser-guided artillery shell.

The latest Russian Ministry of Defense statement still did not name the group the Kremlin believes was responsible for the attacks, but did say they were the same militants who had killed two Russian personnel at Khmeimim air base in a separate attack on Dec. 31, 2017. A previously unknown group, the Free Alawites Movement, has now claimed responsibility, but there has been no independent confirmation and it’s not clear if that group is actually active in Syria. Alawites are a sect of Shia Islam found predominantly in Syria, Lebanon, and Turkey, who have generally been supportive of Assad, who is himself a member of the group.

On Jan. 11, 2018, during a meeting with editors of Russian state and private national news agencies, Putin said that Russia knew who the attackers were, where they were broadly, and how much they had “paid for these provocations,” but did not reveal their identities or affiliations, according to RT. The Russian president said the attack had been a deliberate attempt to drive a wedge between his country and its partners in Syria, including Iran and Turkey.

“There were provocateurs there, but they were not Turks,” Putin said, appearing to dismiss earlier Russian allegations that Turkish-backed rebels were behind the incident. “We know when and where those unmanned aerial vehicles were handed over and how many there were.”

Russia, Turkey, and Iran are all part of a coalition in charge of managing various so-called “de-escalation zones” in Syria. Turkey is in charge of those activities in Idlib and Russia had initially criticized them for failing to properly implement the ceasefire.

Turkish and Russian authorities have a complicated relationship, especially when it comes to Syria. In 2015, a Turkish F-16 Viper fighter jet shot down a Russian Su-24 Fencer ground attack aircraft, prompting fears that a more serious conflict might erupt.

The next year, Turkish military personnel attempted to overthrow President Recep Tayyip Erdogan, who responded with a massive crackdown and accused the United States of harboring the coup’s mastermind, a former political ally named Fethullah Gülen. This, in addition to the U.S. government’s close cooperation with Kurdish groups that Turkey sees as terrorists, strained relations between Washington and Ankara and pushed them closer to Moscow. As part of his December 2017 victory tour, Putin stopped to visit Erdogan.

But the two countries still have very different agendas in the region and there is a remote possibility that another state might have aided rebels in Idlib in launching the mass drone attacks to try and upset this potentially shaky alliance. So far there has been no firm evidence to support that conclusion, though. There has similarly been no confirmation of Syrian opposition claims that the attack actually came from areas where regime-allied militias operate.

In addition, Putin had again stressed that the drones were too sophisticated for militants to have developed them with significant outside support. This has been a particularly important point of contention for the Kremlin, since the Russian president declared victory over terrorists in the country during his December 2017 visit to Khmeimim.

“Those aircraft were only camouflaged – I want to emphasize this – to look like handicraft production,” Putin said. “In fact, it is quite obvious that there were elements of high-tech nature there.”

Major General Alexander Novikov, head of the Russian General Staff's Office for Unmanned Aerial Vehicle Development, gave a similar accounting of the drones during a press briefing earlier on Jan. 11, 2018. “[The drones] were developed and operated by experts with special skills acquired in countries that produce and apply systems with UAVs [unmanned aerial vehicles,” the senior officer said.

Evidence continues to grow to the contrary, though. A new analysis by Bellingcat suggests that that the drone’s GPS antenna is its most complex component, but notes that this could have easily come from another commercially available design. There does seem to be a standardized design and there is now open source documentation of at least four other examples beyond those the Russians captured after the Jan. 5, 2018 attacks.

Programming the autonomous flight path and release point for the bomblets would have required certain skills, but would not necessarily have been difficult for militant groups who have been able to recruit individually internationally with various knowledge bases. The U.S.-led coalition fighting ISIS in Iraq and Syria has, on multiple occasions, said that it killed terrorist drone experts or destroyed workshops dedicated to their production in its own air strikes.

It is possible that this international recruitment is what Novikov and other Russian officials have been referring to when they cite the need for foreign training to develop and operate these unmanned aircraft. However, the Russian Ministry of Defense’s implication that there might be a link to the mass drone attacks and a U.S. Navy P-8A Poseidon patrol plane flying in the Mediterranean, as well as Novikov specifically name-dropping Ukraine during his briefing, suggest otherwise.

The exact basis for these allegations of outside assistance will likely continue to be unclear until the Russians decide to name the attackers and their affiliation, when and if that occurs. 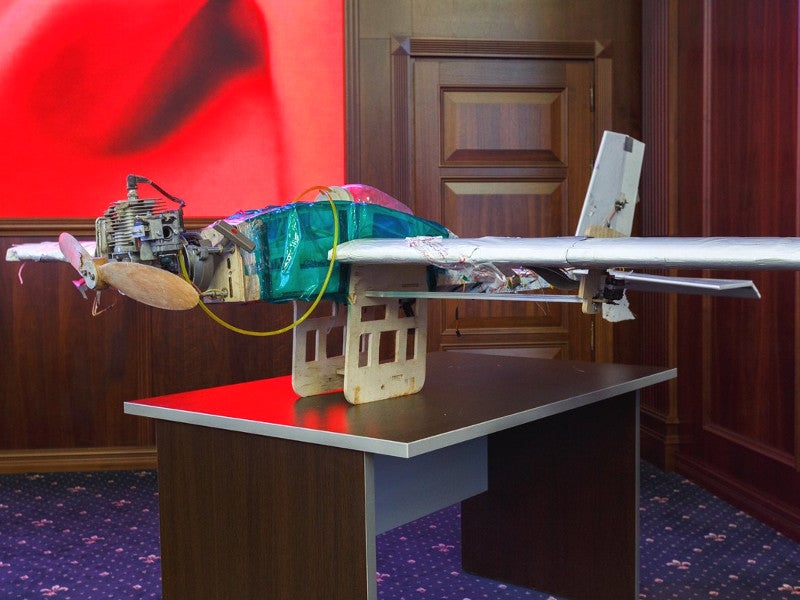 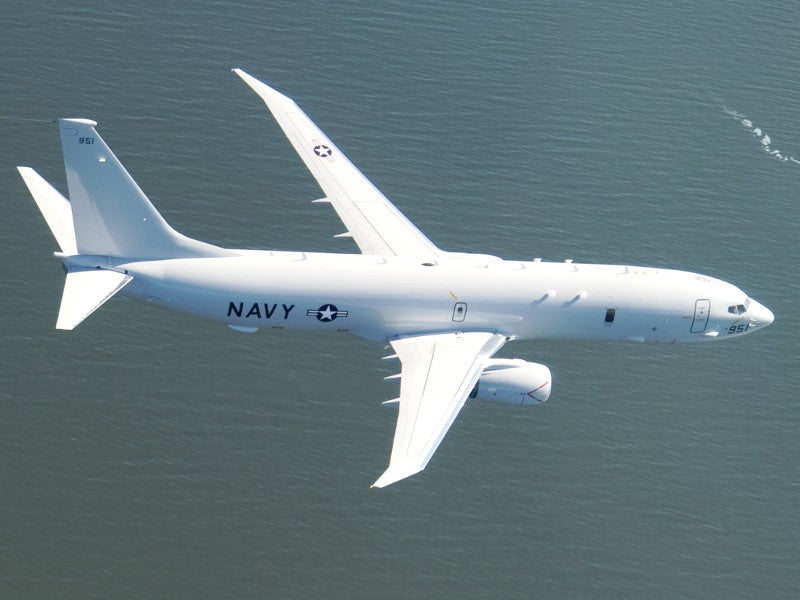 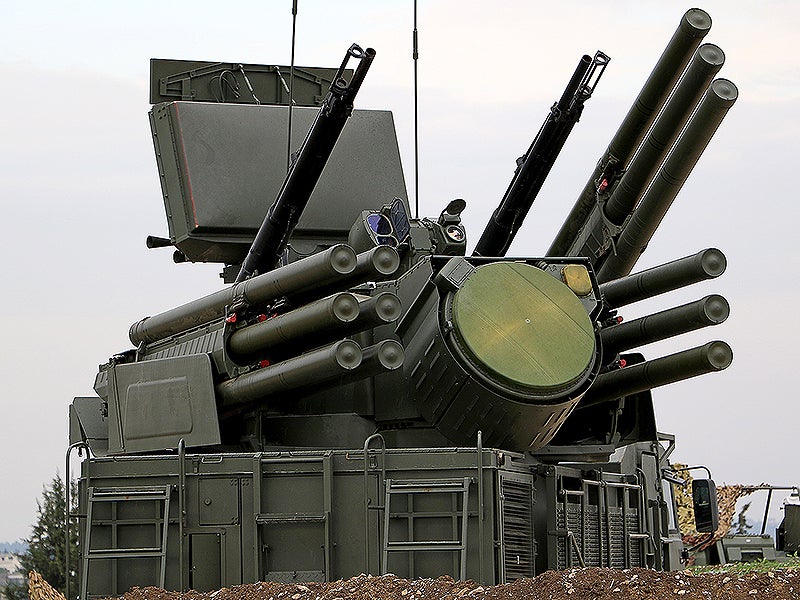