It was just a matter of time before B-2s stealth bombers would once again take up station on the American Pacific island outpost of Guam, but the timing of their arrival is especially impactful regardless of if the deployment was long-planned or quickly devised.

In August of 2016, B-1B bombers arrived at Andersen Air Force base on Guam to fulfill U.S. Pacific Command's continuous bomber assurance and deterrence mission. It was the first time the "Bone" had taken up station on Guam in over a decade, as the jets had spent years becoming the heavy-hitting all stars of America's air campaigns in the Middle East. Since then the B-52H has taken the B-1B's place in that troubled region, meanwhile a handful of B-1Bs have prowled around eastern Asia for a year and half, most famously flying near constant "show of force" missions near North Korean borders.

Now a trio of B-2As and 200 airmen to support them have arrived on Guam to augment, or even possibly relieve the B-1s deployed there. But the bat-winged bomber's presence there, or even a changing of the guard, isn't just about swapping one bomber out for another or adding more blunt firepower to the region. The B-2 brings highly unique capabilities to the theatre, ones that would be absolutely essential if the U.S. were to go after Kim Jong Un's regime, or even move to attack a far more limited target set in North Korea.

Primarily the B-2 brings an American airborne strategic nuclear strike capability back to the region—the B-1B's ability to employ nuclear weapons having been stripped from the type's mission set decades ago. But beyond that and the B-2's famed ability to penetrate deep into hostile territory undetected to drop as many as 80 independently guided weapons on a single run, the stealth bomber also brings the ability to attack with the Massive Ordnance Penetrator (MOP). I described this unique role in a previous piece about the B-2's brief presence in the Pacific theatre that occurred last October:

"The 40,000lb super-bunker buster will be absolutely essential for any major air war aimed at wiping out North Korea's nuclear weapons and ballistic missile programs, as well as for destroying key regime targets, many of which are buried under mountains. Short of nuclear weapons, no other penetrating munition on earth stands a chance at destroying these targets, with temporarily sealing their entrances being the only other possibly feasible option short of a commando raid.

Basically, if a war were to be launched against North Korea, or even if a "bloody nose" operation was launched as has been touted as a possibility in the press as of late, the B-2 would be in the region, if not as the first manned asset to fly over the country than as contingency for the possibility that Pyongyang chooses to escalate following a limited standoff strike.

So is the B-2's presence on the island a harbinger of large-scale destruction to come?

There are a few interconnected twines we need to unwind here. First off, as noted earlier, we don't know for sure if this deployment was long-scheduled, accelerated, or sudden, nor do we know how long it will last. Second, the Trump Administration has looked to continuously increase pressure on the Kim Regime, and quite frankly, they are out of military tools to do so—aside from the B-2 taking up semi-permanent station in the region once again.

Bomber flights toward North Korea's borders, those so called "show of force fights," would take on an entirely new level of significance if the bombers used could disappear suddenly off radar and can be loaded up to deliver a pair of the largest bunker buster bombs in the world or even nuclear weapons. Donald Trump has no qualms about mentioning the possibility of putting America's nuclear arsenal to use if he thinks the circumstances see fit, and the B-2 would be a credible and highly flexible delivery system to make good on those threats.

All this is occurring as North Korea is now sitting down with South Korea for talks. Some see this as the regime possibly coming to the table to eventually make some type of sweeping deal that could include the country giving up its nuclear arsenal and strategic missile programs, but that is extremely unlikely. Although the talks are a welcome development and a worthy endeavor, they show all the signs of a cunning move on behalf of Pyongyang to drive a "wedge of interests" between the U.S. and South Korea when it comes to overall strategy—namely the Trump Administrations demand that any talks the U.S. is a part of have to have the agreed upon intention of denuclearizing the Korean Peninsula.

That almost laughably audacious and illogical goal will likely be jettisoned by South Korea if relations with the North improve during ongoing bilateral talks. In fact, the North Koreans have already baulked at the simple mention of negotiating away their nuclear weapons. Above all else, these talks, and a deal to curtail war games by both sides through March, buy Kim Jong Un and his regime precious time needed to perfect the country's nuclear arsenal and long-range delivery systems.

Yet another major factor hangs over all these geopolitical moves, along with the B-2's almost perfectly "on cue appearance" in Guam—that layer being the upcoming Olympic Games in Pyeongchang, South Korea. Everyone, including the U.S. and North Korea—the latter of which is now sending athletes as the result of bilateral talks—have an interest in seeing the event go smoothly as a flare up of tensions could spell disaster on a world stage, or worse. With this in mind, the B-2's presence in the region would be an insurance policy of sorts against that happening—that is if the jets stay that long. And as we learned following the last winter games in Sochi, Russia, big geopolitical and military moves could occur after the games come to a close on February 25th and the goodwill surrounding them quickly melts away.

Finally, and maybe the most ominous of all these factors, is that the B-2s have to train on executing missions over North Korea if they are called upon to do so. Some of this can be done stateside, but the unique challenges of the region, and coordinating with the multi-national assets that would be involved in such an operation, need to drill with the B-2s and vice-versa. Most of all, there are now two squadrons of F-35s forward deployed to Japan—USAF F-35As from Hill AFB deployed to Kadena Air Base on Okinawa and USMC F-35Bs forward deployed to MCAS Iwakuni.

These other stealth assets would work very closely with the B-2 Spirits during the opening stages of an air war over North Korea. The F-35's are uniquely suited for providing air cover against North Korea's limited Air Force and to help take on the country's air defense system on the fly, paving the way for the B-2s to make it to their targets as safely as possible. Training for this complex mission in-theatre will greatly enhance the chances of success during an actual mission over the country—one where the Kim's ability to use nuclear weapons in anger could be at stake.

As you can see, the B-2 has every reason to be in the region at this critical time, and its arrival is a possible indication of combat action to come, but at the same time it doesn't mean for certain that war is imminent. It is even possible that the jets and their maintainers could return to Whiteman, Missouri in just a matter of a few days.

We'll keep a close eye on the deployment and keep you up to date as events unfold.

Author's note: Pacific Command reached out to us to clarify that the B-2 will not replace the B-1B in the continuous bomber presence mission in the the near term. They are there as part of Strategic Command's bomber assurance and deterrence mission, which is separate. We still don't have a timeline for how long they will remain in the region. 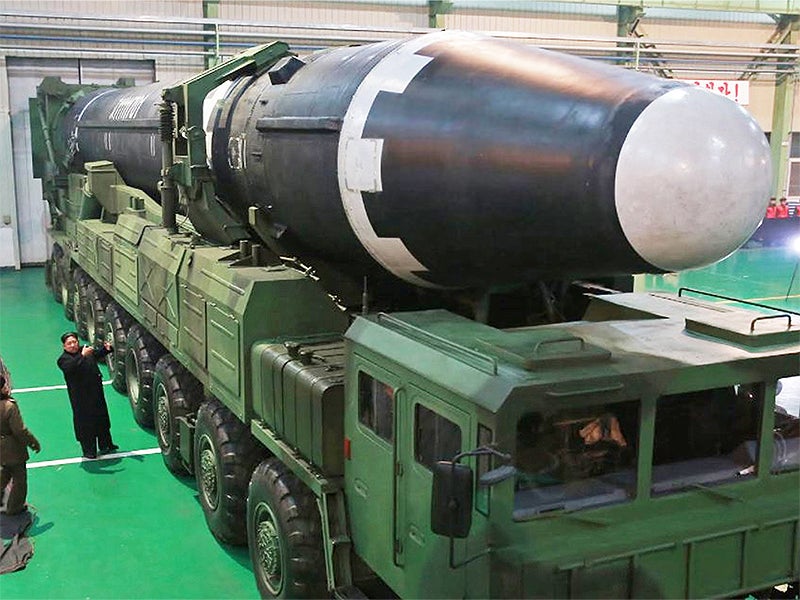 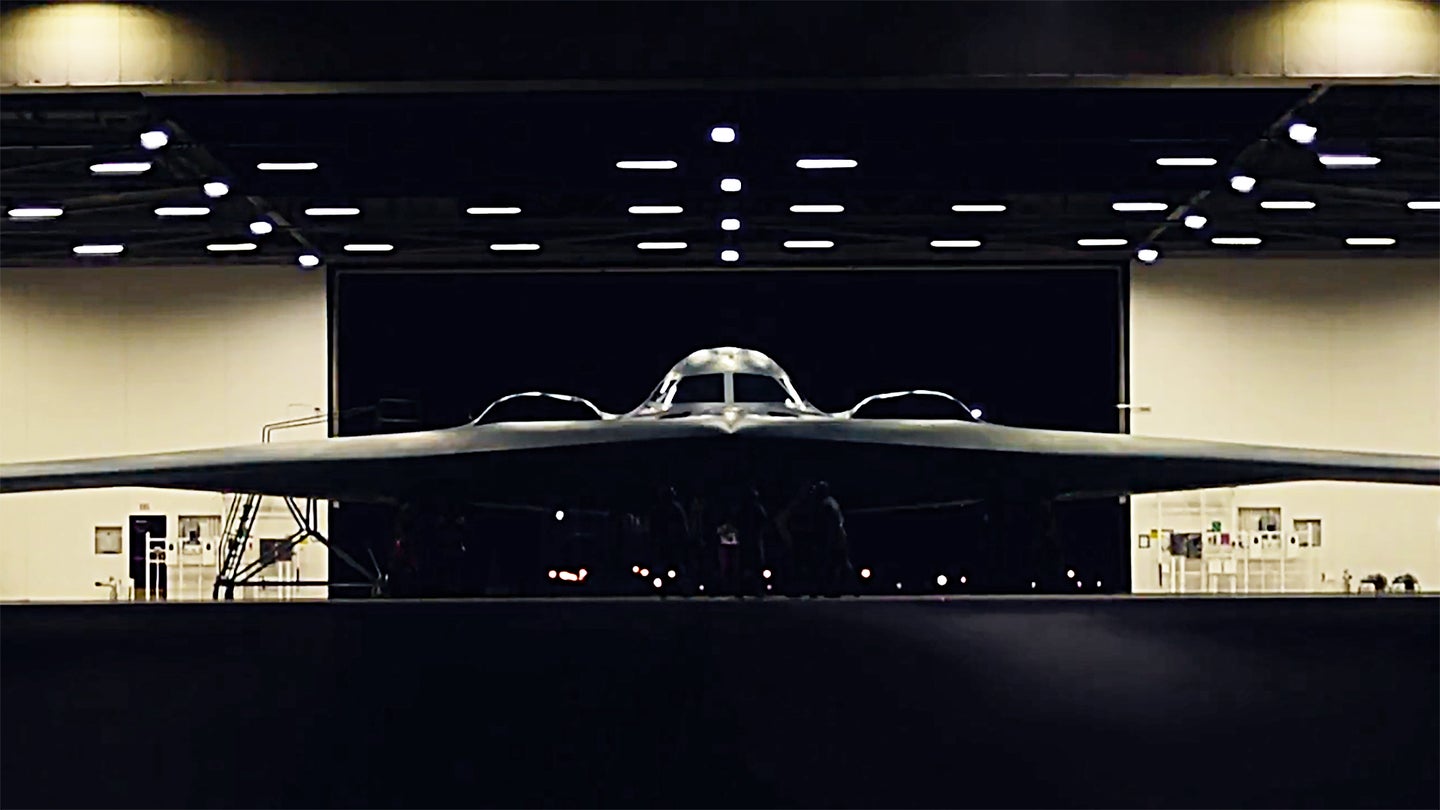