The images give us our first view of the entire aircraft, as well as a sense of its overall scale.

We have been closely tracking the slow motion unveiling of Boeing's MQ-25 Stingray Carrier-Based Aerial Refueling System (CBARS) drone. After initially releasing a single head-on picture of the aircraft on December 19th, 2017, last week Boeing released a short video montage giving us a quick and carefully edited splattering of new angles to digest. Some of the takeaways from this video were quite important, but it didn't show the aircraft in its whole form, including its wings and rear quarter, nor did it offer any sense of scale. Now, thanks to one of our readers, we have our first full view images of the drone—including photos of its rear—as well as that previously missing sense of size.

Jeremy McGough was flying out of St. Louis's famous Lambert Field this morning when he noticed a very strange aircraft on one of the airport's aprons near Boeing Defense's sprawling plant. He snapped a few pictures and sent them our way to see if we could positively identify the mystery machine as Boeing's MQ-25 Stingray tanker contender. It turns out Jeremy was right on the money, this was indeed Boeing Phantom Works' CBARS drone, and although the photos are low resolution, we get to see this aircraft in an entirely new way.

A few quick takeaways from these photos:

1.) The aircraft's lack of a traditional protruding air intake is very clear in these pictures, with its dorsal area appearing smooth, suggesting as we had speculated before that the intake is flush mounted with the top of the aircraft.

2.) The wings are long and somewhat slender, which points to a very efficient design for cruising and loitering up in the flight levels. Because the images have people and objects nearby we can begin to speculate on the wingspan of Boeing's MQ-25. The War Zone's initial estimates each wing being roughly 24 feet long, with a ten foot wide fuselage, resulting in an overall wingspan of around 58 feet. This is a very rough estimate and it could vary by as much as ten feet, but at least if gives us a general idea of scale. By comparison, the F/A-18 Super Hornet has a wingspan of 48 feet, eight and half inches. The F-14 Tomcat had a 64 foot wingspan and the E-2 Hawkeye has a span of 81 feet. The MQ-25's height is estimated at around ten feet.

3.) We get our first look at the entire rear of the aircraft, and clearly the design features a planar exhaust. This feature is known to reduce infrared signature from all but the directly rearward perspective, and is especially effective when paired with a V-tail that protects direct line of sight to the exhaust from multiple angles. We still don't know if any thrust deviator/basic two-dimensional thrust vectoring system is included in the design. Such a feature could help with lowering landing speeds during recovery aboard the carrier and would help get the aircraft airborne during launches, and could also prove to be useful for stabilizing the aircraft during refueling operations.

4.) As we mentioned in our last MQ-25 analysis piece, this aircraft was built around some clearly defined low-observable design principals that could likely be enhanced in future variations if this aircraft gets chosen by the Navy. And yes it does have a similar configuration to Northrop's Tacit Blue, but so do other aircraft, including the RQ-4 Global Hawk and even one of Boeing's own CBARS competitors, General Atomics' naval tanker adaptation of their Predator-C/Avenger unmanned aircraft, among others. But those aircraft are all predated significantly by Boeing's own Quiet Bird design from the early 1960s. But at its core, Boeing's MQ-25 is a medium-altitude/medium-endurance (MAME) unmanned platform which could be adapted to perform a whole series of roles beyond that of an aerial tanker.

What we don't know is why the aircraft was rolled out to such a visible area today. Maybe engine runs or taxi tests are beginning or the aircraft was going to be photographed in that location for some purpose. Boeing has said that they don't intend on flying the prototype, at least for the CBARS competition, unless they win the initial contract that will down-select a single vendor to build a handful of early test airframes before the decision is made to put the type into full-rate production.

What is your analysis of these new photos? Let us know in the comments section below. 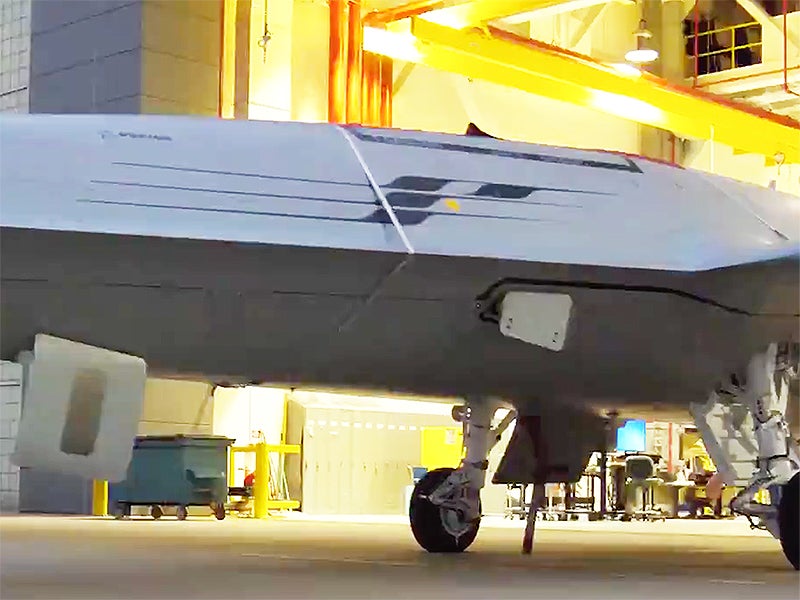 We get our first look from different angles of Boeing Phantom Works’ MQ-25 Stingray design, and some exotic features are coming into focus. 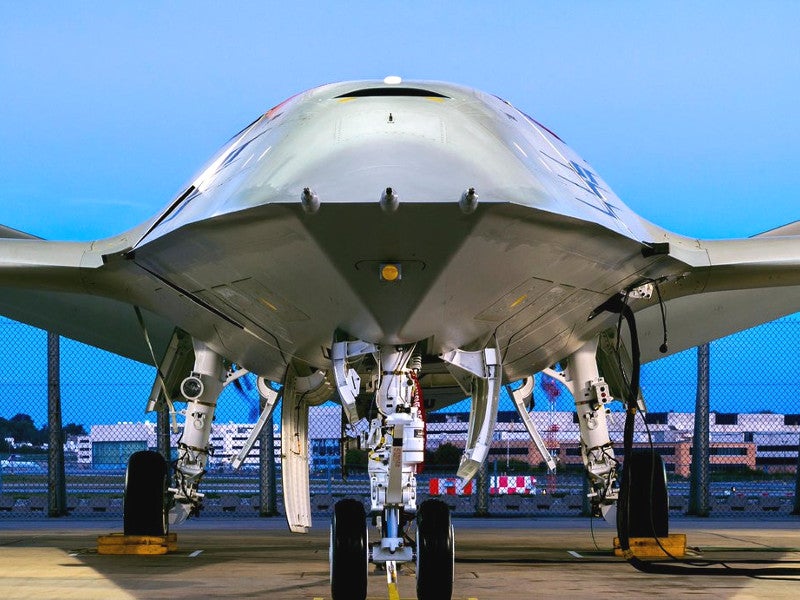 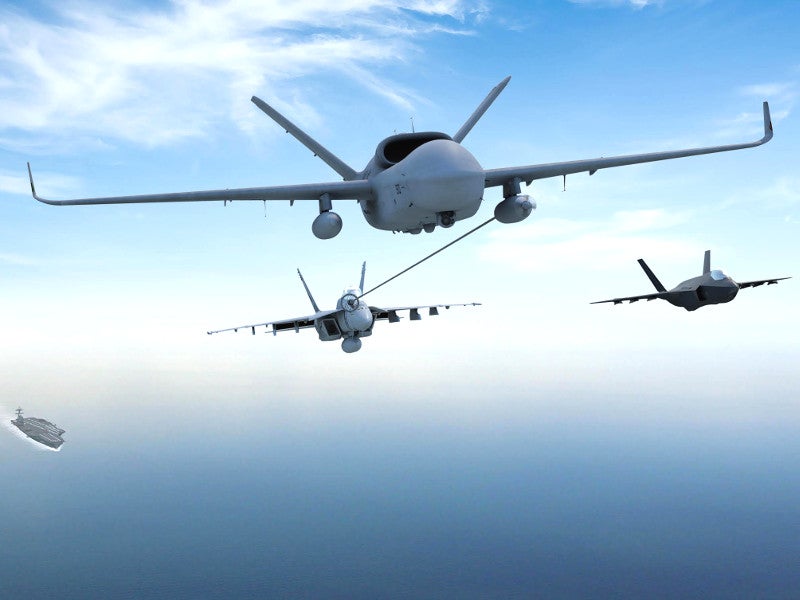