It seems that the age of drone swarms has arrived, and that's a terrifying reality to comprehend. 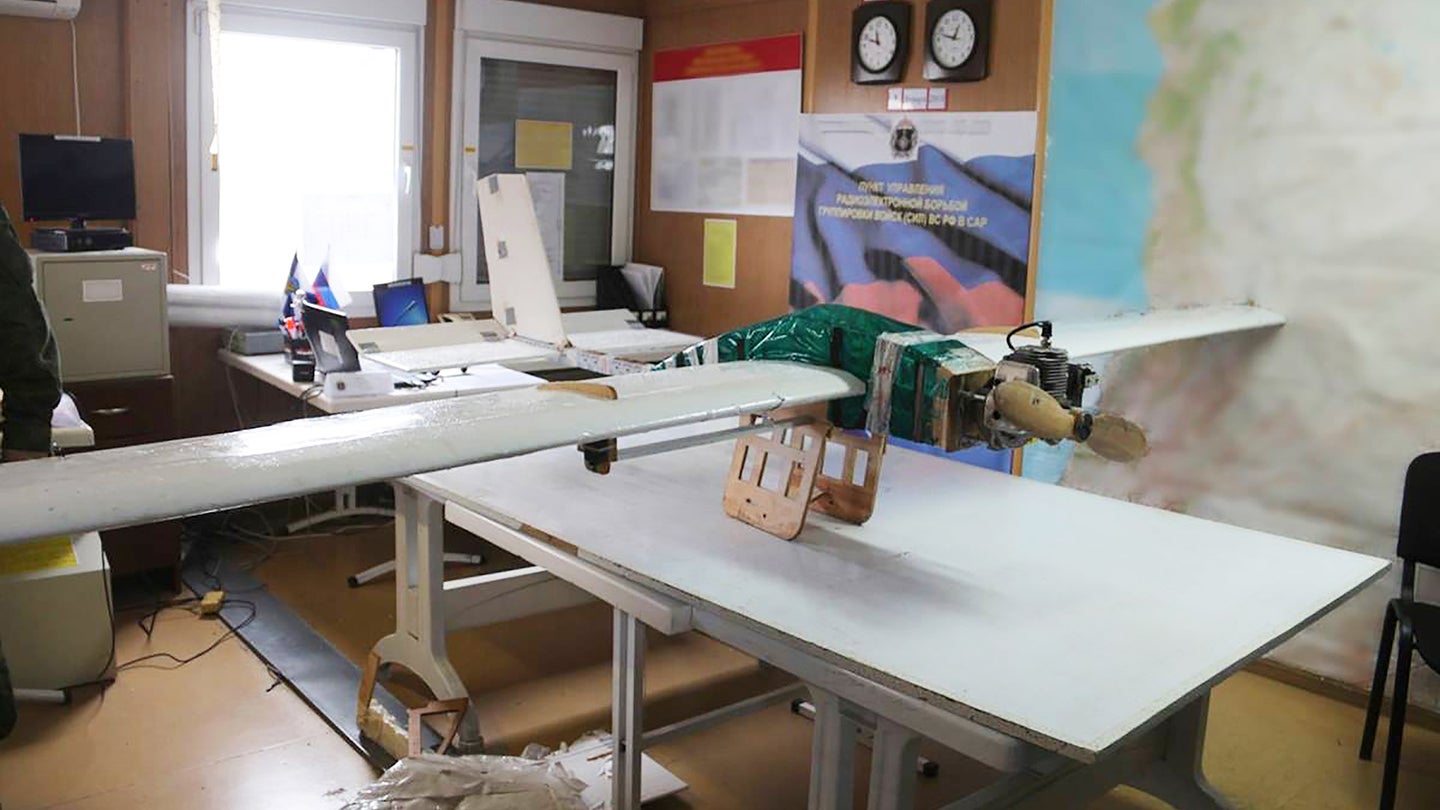 Last Saturday I wrote about how Russia's Khmeimim Air Base in Syria seemed to be coming under increasingly frequent attack in recent days, and noted that reports were streaming out of the area of a possible weaponized drone assault on the outpost that had occurred overnight between January 5th and 6th. All this came after another attack killed two soldiers and damaged aircraft on the airfield on New Years Eve, as well as other reported attacks in between and in the days prior. Now the Russian Ministry of Defense has detailed just how unique the attack on the night of January 5th-6th actually was, and it offers a bleak and sobering preview of what I have been saying for years would be a future reality of warfare—the age of the militarized small drone swarm.

Russia's Ministry of Defense made the following press release early on January 8th, 2017:

Security system of the Russian Khmeimim air base and Russian Naval CSS point in the city of Tartus successfully warded off a terrorist attack with massive application of unmanned aerial vehicles (UAVs) through the night of 5th – 6th January, 2018.

Ten assault drones were approaching the Khmeimim air base, and another three – the CSS point in Tartus.

Six small-size air targets were intercepted and taken under control by the Russian EW units. Three of them were landed on the controlled area outside the base, and another three UAVs exploded as they touched the ground.

Seven UAVs were eliminated by the Pantsir-S anti-aircraft missile complexes operated by the Russian air defence units on 24-hours alert.

The Russian bases did not suffer any casualties or damages.

The Khmeimim air base and Russian Naval CSS point in Tartus are functioning on a scheduled basis.

Currently, the Russian military experts are analyzing the construction, technical filling and improvised explosives of the captured UAVs.

Having decoded the data recorded on the UAVs, the specialists found out the launch site.

It was the first time when terrorists applied a massed drone aircraft attack launched at a range of more than 50 km using modern GPS guidance system. Technical examination of the drones showed that such attacks could have been made by terrorists at a distance of about 100 kilometers.

Engineering decisions applied by terrorists while attacks on the Russian objects in Syria could be received from one of countries with high-technological capabilities of satellite navigation and remote dropping control of professionally assembled improvised explosive devices in assigned coordinates. All drones of terrorists are fitted with pressure transducers and altitude control servo-actuators.

The Russian specialists are determining supply channels, through which terrorists had received the technologies and devices, as well as examining type and origin of explosive compounds used in the IEDs.

The fact of usage of strike aircraft-type drones by terrorists is the evidence that militants have received technologies to carry out terrorist attacks using such UAVs in any country."

First off, it's interesting Russia is providing all this information on a threat to its own base. Who knows how accurate some of these details really are, but if the number of drones launched at the facility is anywhere near correct, it would seem to be the first self-contained, large scale, coordinated, standoff drone assault on a fixed installation like this. Also of note is the stated range of these drones—over 60 miles. That means they could be launched from well outside regime controlled territory, which makes countering them at their source extremely challenging.

On the other hand, Russia could have specifically inserted this detail in its release to make it seem as if the nearby area around the base remains totally uncontested and not subject to a deteriorating security situation. Beyond the drone, rocket, and artillery threat, the Russian Air Force apparently sees shoulder-fired SAMs also as a threat in the immediate area, which points to the possibility that Russia is operating in a more troubled neighborhood than what the Ministry of Defense and the Assad regime commonly let on.

Russia's statement also insinuates that whoever is launching these drones, whether they are an anti-Assad rebel force or a terror related group, is getting some sort of external help in creating these improvised guided missiles of sorts. We'll have to see where this road leads and if Russia begins to allude more clearly to the possibility that state actors may have some kind of a hand in these attacks.

With modified tactics, these drones, which use GPS autopilot to make their attack runs, pose the risk of wreaking continuous havoc on Russia's air operations in Syria. Considering the air base remains highly active, it's not as if a Pantsir-S1 can just open up firing or launching missiles without regard to other aircraft operating in and around the air base. Also those cannon rounds aren't likely the self destructing type so they are going to land somewhere, as are at least parts of its missiles.

But regardless of the direct implications this new tactic has on Russia's Syrian operation, it does give us our first glimpses of a new age in modern warfare—one where dense swarms of low-cost drones armed with high-explosives will be able to wreak havoc on targets. Russian defenses, and those of other countries for that matter, may be able to fend off a handful of these improvised drones executing a very loosely coordinated attack, but a near peer-state competitor could field a much denser, more nimble, adaptable, and networked force. And as we have mentioned before, there is no known kinetic defense to counter such an attack.

It seems that the age of drone swarms has arrived, and that's a terrifying reality to comprehend.