Protests in Iran over a surge in the price of eggs have grown into broader political demonstrations, with some individuals even calling for an end to the Islamic Republic system of government. The rare outburst of public discontent will be an important test for U.S. President Donald Trump and his administration, which has made a particular point of taking a tough stance toward the regime in Tehran, as well as potentially having ramifications throughout the Middle East.

On Dec. 28, 2017, hundreds of individuals turned out in Mashhad, Iran’s second most populous city, to protest the government and its apparent inability to control the rising price of basic goods. The cost of eggs in particular had risen up to 40 percent within a matter of days, with farmers in turn blaming their hikes on the increasing price of chicken feed. Public outcry over economic issues is not uncommon in Iran, but by Dec. 29, 2017, there were reports of new demonstrations across the country’s Northern provinces from East to West that had grown to include demands for greater political freedoms, changes to Iranian foreign policy, and an end to clerical control of government.

“The nation is struggling in poverty; The leader is trying to act as God,” protesters chanted in the Western city of Kermanshah, according to U.S. government-funded Radio Farda, with “the leader” being an apparent veiled reference to Iran’s Supreme Leader Ayatollah Ali Khamenei. “Political prisoners should be freed,” they added reinforcing that at least some of the demonstrations had taken on a different and more political character.

There were reports of similar gatherings in major population centers, such as Rasht, Ghazvin, Qom, Esfahan, and Hamadan. Iranian state media said that police in the capital Tehran had arrested 40 individuals for holding an unsanctioned rally there, which is particularly notable given the country’s well established internal security apparatus.

It appears that the rapid spread of public outcry was something authorities had not expected to occur even after the initial protests in Mashhad and elsewhere in the East. There are various reports, though, that police and other organizations, such as the quasi-military Islamic Revolutionary Guard Corps and its Basij volunteer paramilitary militia, have swiftly moved out to crack down on demonstrators, potentially with lethal force.

The IRGC has also reportedly begun jamming or otherwise blocking access to international media outlets, many of which are covering the protests. The jammers could also cut off cellphone signals, which protesters might use to coordinate their demonstrations and spread their message.

“We consider protest to be the people's right,” Hossein Heidari, head of the revolutionary court in Mashhad, said, according to the BBC. “But if some people want to abuse these emotions and ride this wave, we won't wait and will confront them.”

Revolutionary courts in Iran exist largely to protect the state and deal almost exclusively in crimes pertaining to treasonous activities, espionage on behalf of foreign powers, and blasphemy, as well as narcotics trafficking and other smuggling. Originally established to purge loyalists to the previous regime of the Shah, these judicial entities are now linked to the suppression of broader internal dissent against the regime in Tehran.

As of yet, it remains difficult to gauge just how widespread the anti-government sentiment is among the protesters and how strong those feelings might be separate from the present economic situation. Not surprisingly, Iranian authorities have, without providing any evidence, been quick to accuse outside actors of sparking the unrest as part of a larger plot to undermine the country’s government.

There have actually been rumors that the protests may have been a ploy by the country’s hard line political factions to undermine reformist President Hassan Rouhani, who has also been a target of protesters’ chants, which has now backfired. A moderate by the standards of Iranian politics, Rouhani has drawn criticism from the country’s conservative elements over plans for relatively modest increases in social freedoms and plans to increase foreign economic ties. In May 2017, he still managed to win a second presidential term, securing nearly 60 percent of the vote.

“When a social and political movement is launched on the streets, those who started it will not necessarily be able to control it in the end,” Vice President Eshaq Jahangiri, a Rouhani ally, told state-run outlet IRNA, reportedly referring to the president’s political opponents. “Those who are behind such events will burn their own fingers. They think they will hurt the government by doing so.”

But whether initially staged or spontaneous, the protests do seem to be growing on their own now and could potentially draw the eye of foreign powers opposed to the Iranian regime. In particularly, U.S. President Donald Trump and his administration have made a taking a tough stance toward Iran a key part of America’s foreign policy agenda, announcing a new strategy toward the country in October 2017 and reiterating those plans within a new National Security Strategy earlier in December 2017.

In addition, Trump has personally criticized his predecessor, President Barack Obama, in the past for failing to back a popular uprising in Iran in 2009. Known variously as the Green Movement, the Green Revolution, or the Persian Awakening, those protests erupted after a dispute over the Iranian presidential election that year.

Reformist candidate and former Prime Minister Mir-Hossein Mousavi declared victory and accused allies for the incumbent hard line president, Mahmoud Ahmadinejad, had rigged the results to give him another term. Authorities subsequently arrested Mousavi, as well as another opposition political leader Mehdi Karoubi, and a number of protesters subsequently died in unrest that lasted in 2010.

More protests continued through 2011-2012. As of December 2017, both Mousavi and Karoubi remain under house arrest, despite pledges from Rouhani to release them. In August 2017, Karoubi went on hunger strike to demand a public trial, but stopped his protest after the government agreed to remove secret police agents from his home.

“If Obama would’ve backed the people of Iran two years ago when that county had a big, big problem—and the protesters were making headway—like he backed the protesters in the United States—as they call themselves occupy —we wouldn't have any problems in Iran,” Trump said in 2011 video he posted on YouTube, but which is no longer available. “That country would've been turned over so fast, instead he abandoned those people.”

In the 2012 U.S. presidential election, Republican candidate Mitt Romney similarly accused Obama of being “silent” about the protests. Obama’s administration did criticize the Iranians for their crackdown in 2009, but did not explicitly call for regime change or otherwise offer any direct, public support to enable a more serious revolt.

How Trump reacts to the situation in Iran and the government in Tehran, which he referred to as a “murderous regime” in his first ever speech to the United Nations General Assembly in September 2017, will be an important demonstration of his administration’s stance toward the country. At the time or writing, the White House had not issued a formal statement regarding the protests. The president himself had yet to use his outlet of choice, Twitter, to make any comments, either.

“The United States strongly condemns the arrest of peaceful protesters,” the State Department spokesperson Heather Nauert said in a statement on Dec. 29, 2017, mirroring the sort of language the Obama administration used to criticize the response to the 2009 demonstrations. “We urge all nations to publicly support the Iranian people and their demands for basic rights and an end to corruption.”

Beyond just criticizing the Iranian government and Supreme Leader Khamenei, the Trump administration could decide to use the opportunity to take more direct overt or covert action, such as finding ways to help protesters avoid or evade government controls on communicating and access to independent media, providing other support to Iranian dissident groups in the United States and elsewhere, call for additional economic sanctions, or even something more direct, such as launching cyber attacks on government institutions that could limit their ability to respond to demonstrations.

There were reports that the Obama Administration had already developed plans for a wide ranging covert cyber warfare campaign against Iran in the event that negotiations over the county’s controversial nuclear program collapsed. Some have argued that the underlying economic situation is in part due to long-standing sanctions finally having an visible impact.

On top of that, Iran has already been actively jockeying with its regional opponents, chiefly Israel, Saudi Arabia, and the United Arab Emirates, throughout 2017. Any of these countries might see a similar opening to challenge the Iranian government’s standing or influence.

Saudi Arabia, which is now in the midst of its own major political purge, has accused Iran of an “act of war” over allegedly supplying Houthi rebels in Yemen with ballistic missiles or the technology necessary to construct their own. That group has launched a number of these weapons at Saudi Arabia, including an attempted attack on King Salman bin Abdulaziz Al Saud’s palace in Riyadh earlier in December 2017.

That same month, the United States presented what it said was conclusive proof of the connection to members of the press. Some experts questioned the extent of the link based on the evidence available, but there is little dispute that Iran is sending a variety of arms, including aerial and maritime drones and the means to construct naval mines, and other support to the Houthis.

Qatar’s connections with the Iranian government are also at the core of that country’s on-going political dispute with the Saudis and its other Gulf Arab neighbors. For its part, Iran has accused Saudi Arabia of being behind a pair of ISIS terrorist attacks in Tehran in July 2017.

Iran’s support for Syrian dictator Bashar Al Assad, including through its proxy, the Lebanese terrorist group Hezbollah, has also steadily drawn more ire from Israel. Israeli officials have stressed their intent to prevent Iran from gaining a foothold near their borders and have launched a number of punitive attacks over the years aimed at both the Syrian regime and Iranian-backed forces.

Notably, Iran's activities in Syria have been another apparent issue for at least some of the protesters, as is its support for Palestinian groups against Israel.  According to BBC Persian, which was one target of separate crackdown in August 2017, the average Iranian has become 15 percent poorer while the country’s government has steadily increased spending on causes overseas in places such as the Palestinian Territories, Lebanon, Syria, and Yemen.

“Not Gaza, not Lebanon, my life for Iran,” some chanted in Mashhad, according to BBC. “Leave Syria alone, think about us,” was another slogan Radio Farda reported.

With so many different political agendas at play, inside and outside of Iran, along with the steadily evolving demands of the protestors, it’s hard to imagine these demonstrations subsiding quickly. Whether the Iranian government emerges relatively unscathed, as it did after the protests in 2009 and 2010, and if the Trump Administration actually takes a more active stance, remains to be seen. 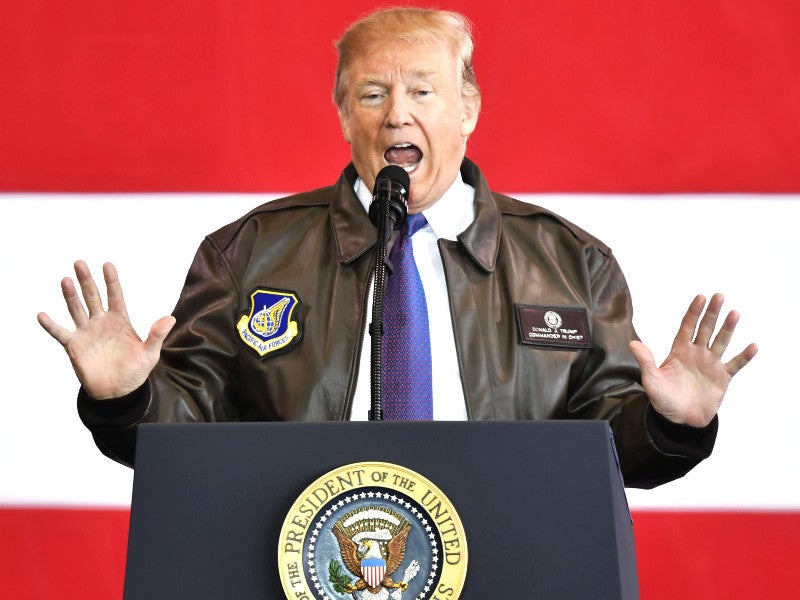 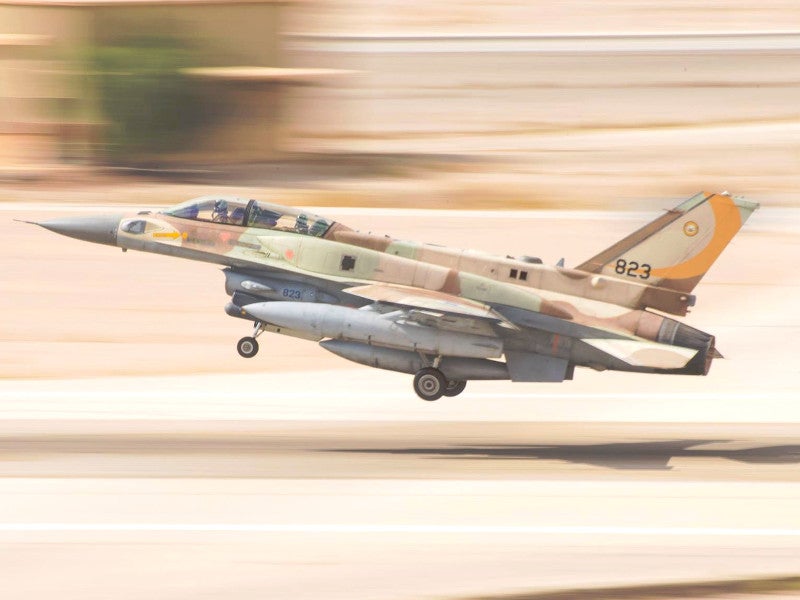 Israeli Prime Minister Benjamin Netanyahu says “we will not allow” Iran “to entrench itself militarily in Syria.”