Poaching already in-demand Mi-17s crews to train to fly Black Hawks could have negative impacts in the months ahead.

Afghan Air Force pilots are already flying their first UH-60 Black Hawks as part of a U.S.-backed plan, known as the Afghan Aviation Transition Plan, to replace that service’s Mi-17 Hips. Unfortunately, new official data from the Pentagon makes it clear that it will be years before these new American-supplied helicopters can realistically take over from the existing Russian-made ones due to issues with pilot training, maintenance difficulties, and other factors. But what's most concerning is that these new aircraft are likely to hurt Afghanistan's combat capabilities in the near term.

On Nov. 20, 2017, six members of the Afghan Air Force formally graduated from a conversion training course at Kandahar Airfield, becoming the country’s first pilots qualified to fly the UH-60.  However, as of December 2017, the service had a total of four aircraft and no complete qualified aircrews, to include co-pilots, crew chiefs, and gunners. Contractors are the ones primarily responsible for maintaining the four UH-60A+ helicopters Afghanistan has on hand already.

Across the Afghan Air Force, “pilot training remains an issue,” the Pentagon noted in the second of its biannual “Enhancing Security and Stability in Afghanistan” reports for 2017. “The lack of qualified candidates with the necessary technical skills to complete training presents a challenge. Finding suitable candidates with English skills remains difficult, although there has been a steady flow of candidates entering the aircraft maintainer pipeline.”

In addition, “The Afghans still rely heavily on CLS [contractor logistics support] to perform nearly all maintenance tasks,” the review continued. “The [Afghan Air Force] will likely rely on CLS for nearly all UH-60 maintenance.”

At present, Afghanistan expects to receive two more UH-60s each month starting in January 2018. The United States ultimately plans to supply a total of nearly 160 of the helicopters, including dozens in a still unspecified gunship configuration that could include rockets and machine guns, known as the UH-60FFF, for “Fixed Forward Firing.”

At this rate, the Afghan Air Force will have 28 UH-60s by the end of 2018 and 52 by the end of 2019. The NATO-led advisory mission in the country says it will train a total of 36 individual pilots through 2018, 6 pilots at a time in an eight week conversion training course.

As we at The War Zone have noted

many times before, expanding the Afghan Air Force’s transport helicopter fleet would definitely improve the country’s ability to rapidly respond to internal threats and be more proactive in taking on militants and terrorists. It would also improve vital casualty and medical evacuation capabilities, which could help reduce the Afghan military’s historically high casualty rates.

On top of that, the U.S. military insists that Afghanistan’s Mi-17s, which are the present workhorse of the country’s air force, are increasingly old and unsustainable. The exact age of the existing fleet isn't clear though, and through 2013, the United States had been perfectly fine with buying new Hips straight from Russia. Following the Kremlin's seizure of Ukraine's Crimea region in 2014, however, the U.S. government began imposing economic sanctions on Russian arms manufacturers and dealers, which steadily increased in response to Moscow's continued support for separatists fighting the government in Kiev and Syrian dictator Bashar Al Assad.

The UH-60s for Afghanistan are all older A models upgraded to be as close as possible to the UH-60L variant, primarily by replacing the engines, but still without digital flight management systems and other updates found on newer U.S. military models. Though the update is supposed to reset the lifespan of the airframes, these "new" UH-60A+ Black Hawks for the Afghan Air Force may actually be older than its Mi-17s.

Regardless, the United States’ own latest accounting only raises more questions and concerns about whether this is true and whether the new UH-60s offer a realistic way to increase the size and capability of the Afghan Air Force. As of October 2017, Afghanistan had 27 flyable Mi-17s, according to the Special Inspector General for Afghanistan Reconstruction, or SIGAR, while another 19 were undergoing heavy maintenance, waiting to do so, or were in the process of returning from an overhaul. The Afghan Air Force has a standing requirement for more than 50 Hips, which it has never been able to meet.

So, with this in mind, the Afghan Air Force should be able to replace its active Hips by the end of 2018, but this is only half of the transport helicopters it says it needs already. With the deliveries in 2019, the service would still be short of meeting this long-standing and well-defined demand.

The Black Hawk also has notably less carrying capacity, meaning that the Afghans could need more UH-60s to perform the same number and scope of missions its Mi-17s are flying now. In November 2017, the U.S. Air Force, which supports the NATO-led advisory effort, said that the plan was to have four fully-qualified UH-60 crews ready by the 2018 “fighting season” – which starts in the Spring and runs until snow, low temperatures, and other Winter weather makes fighting impractical for all sides – and another 28 ready by that time in 2019.

And given the aforementioned difficulty Afghanistan has in recruiting and training pilots, the NATO advisory mission is focusing first on converting Mi-17s aircrews to fly the UH-60s rather than finding all-new trainees. Though it makes a certain amount of sense to tap an existing source of experienced pilots and crew, there are only a total of 27 fully aircrews qualified for the Mi-17s to pull from in total, according to the Pentagon.

Pilots alone could quickly become an issue, since each Black Hawk will need a qualified pilot and a co-pilot. The first 36 UH-60-qualified aviators could only be enough to operate 18 airframes unless there is a separate pipeline for co-pilots or the United States decides to hire contractors to help fly the aircraft, as it has done in the past.

Contractors will also likely be essential for sustaining the Black Hawks for the foreseeable future, which are significantly more complex and maintenance intensive than the Mi-17s, at least in the near term. The Afghans have had similar issues with the newer, American-supplied MD-530 light attack helicopters. According to the Pentagon, as of November 2017, private companies were still providing 65 percent of the required logistics support for those aircraft, which the Afghan Air Force had chosen in 2014 after consultations with the United States specifically for its relative ease of operation and maintenance requirements.

Ironically, the Afghans are especially proficient at both operating and maintaining their Mi-17s independent of outside support and continue to improve their capability in this regard. “Better maintenance and more disciplined use of the Mi-17 aircraft resulted in better maintenance and lower-than-expected attrition during this reporting period,” the Pentagon acknowledged in its December 2017 review.

Since they initial UH-60 pilot candidates had been among those assigned to fly Mi-17s, it might impact the Afghan Air Force’s ability to continue operating its Hips in the meantime, too. Beyond conducting air assault, transport, resupply, and casualty evacuation missions, these older helicopters are an important tool for delivering close air support to Afghan forces on the ground. Between June and November 2017, Mi-17s provided nearly 20 percent of all Afghan Air Force air-to-ground fire support missions using forward-firing unguided rockets and automatic cannon and side-firing machine guns.

It’s also worth noting that the entirely separate Special Mission Wing (SMW) has no apparent plans to replace its Mi-17s with UH-60s and has managed to obtain 110 percent of its authorized number of Hips to support its operations. The SMW is part of the Afghanistan’s

Even then, the SMW’s Hip fleet has not been large enough to provide the necessary support. In November 2017, a U.S. Army CH-47 Chinook flew more than 15 individuals to safety after Afghan special operations forces liberated them from a Taliban prison.

This only underscores the pressing need for more helicopter airlift capabilities across the country, even among Afghanistan’s most elite and best funded units. Slowly adding UH-60s at the cost of experienced Mi-17 crews could not only offer few benefits immediately, it could have a negative impact on Afghan operations at a time when they are under increasing attack from steadily better equipped opponents.

“I am happily announcing that today a new page is opening in Afghanistan Air Force life,” Major General Abdul Raziq Sherzai, the head of the Afghan Air Force’s Kandahar Air Wing, said at the graduation ceremony in November 2017. “Today we can see that we are not far from standing on our own feet.”

From all accounts, though, the Afghans and their American partners, still have years to go before this statement becomes a reality. 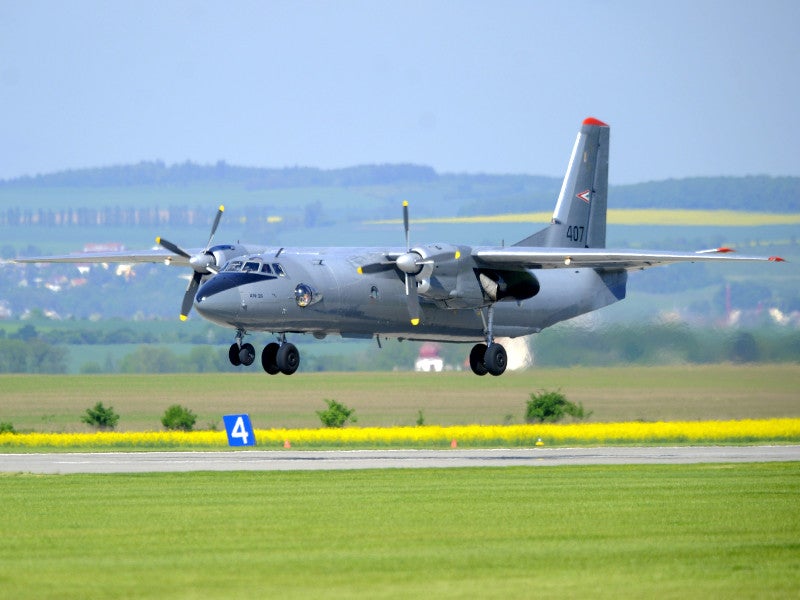 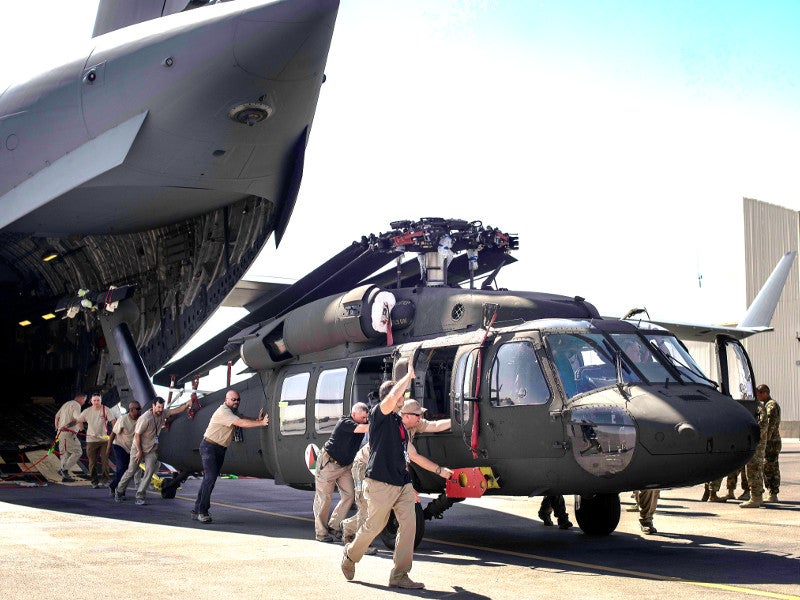 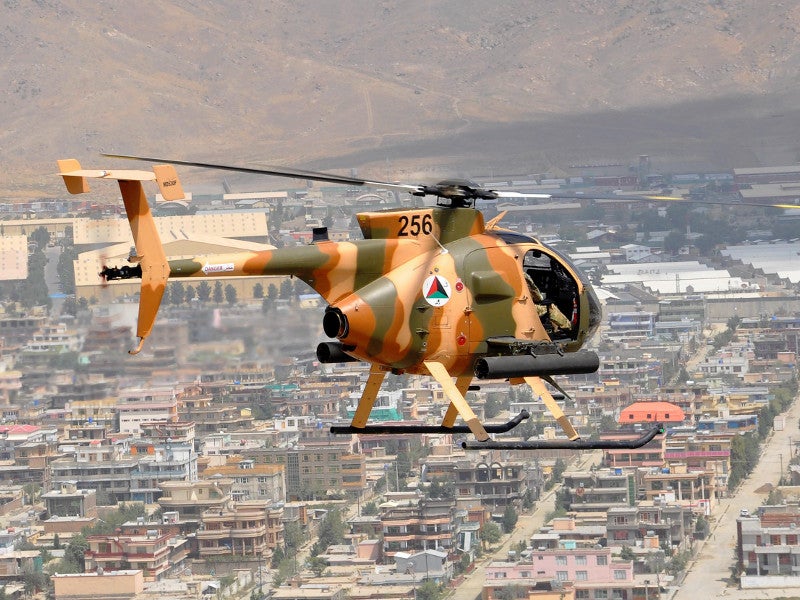 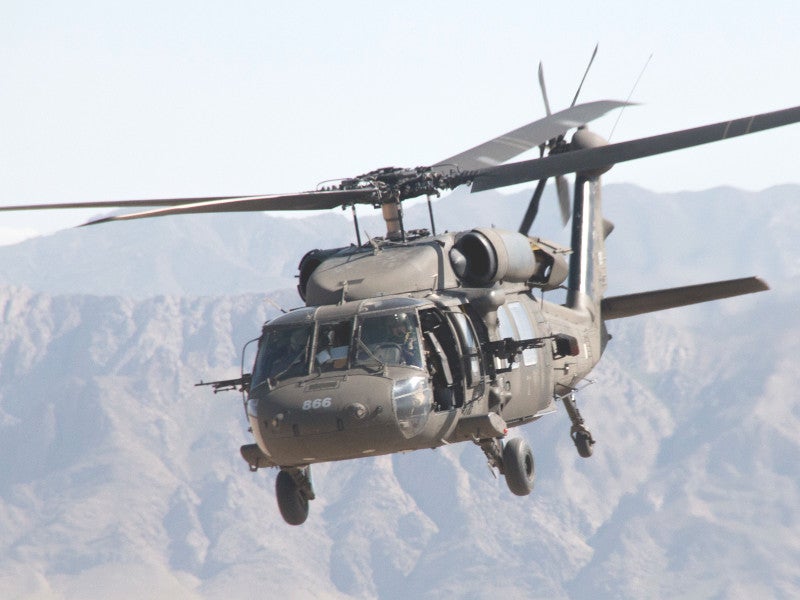 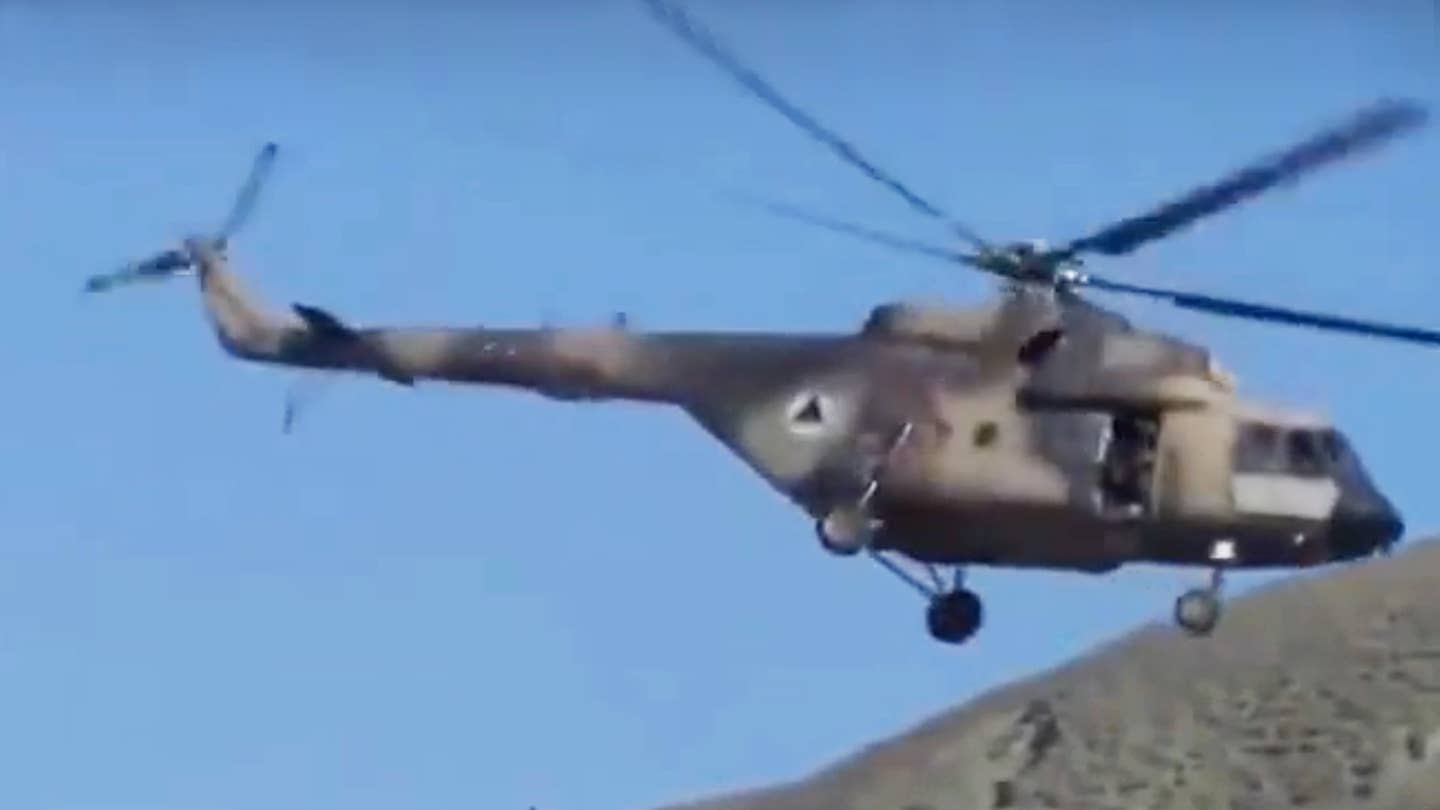