The system could eliminate the need for physical control surfaces, which could be a very big deal, especially for stealthy aircraft.

In cooperation with The University of Manchester in the United Kingdom, BAE Systems has test flown a small unmanned plane, called MAGMA, that it says could eventually have a revolutionary flight control system. The "wing circulation control" and "fluidic thrust vectoring" features could have significant implications for civilian and military aviation, especially future stealth aircraft designs.

According to the U.K.-headquartered defense contractor, the wing circulation control system will siphon air from the drone’s engine and blasts it at supersonic speed through the trailing edges of its wings, eliminating the need for traditional flaps and ailerons for flight control. The fluidic thrust vectoring component similarly blasts air to deflect the engine’s exhaust and change the direction of flight without help from a rudder.

“The technologies we are developing with The University of Manchester will make it possible to design cheaper, higher performance, next generation aircraft,” Clyde Warsop, a BAE Systems Engineering Fellow, said in an official press release. “What we are seeking to do through this program is truly ground-breaking,” Bill Crowther, head of the MAGMA project at The University of Manchester, added.

The benefits of the two systems could be immense. Future aircraft designs without moving control surfaces at all would be inherently more aerodynamic and could be less complicated, bulky, and more reliable. At present, the drone uses the blown air to move traditional surfaces, but this still removes the need for physical actuators of some sort.

BAE Systems and The University of Manchester say the goal of the project is to prove the viability of an aircraft design without any moving control surfaces whatsoever. If the MAGMA test program proves successful, it could be revolutionary for the aviation industry as a whole.

Removing the need for traditional control surfaces would offer a way to lighten the overall design of any aircraft, because there would be no need for complex control lines and actuators. There wouldn't be any large, moving surfaces anymore, either, making it more aerodynamic and potentially faster and more maneuverable at higher speeds.

It would remove potential points of failure that could lead to the aircraft going out of control. This could result in combat aircraft that are less sensitive to battle damage or other in-flight emergencies. Research and real world experiences have already shown that just selectively adjusting thrust on individual engines on multi-engine aircraft could provide an alternative, if limited means of control without the need for elevators, rudders, flaps, or ailerons.

A lack of traditional control surfaces could potentially mean reduced maintenance and logistics requirements, too. Ground crews would have fewer components to keep in working order and parts to manage in general.

The importance of these developments would be especially pounced with regards to military stealth aircraft designs. Joints, gaps between parts, and large, moving surfaces – such as flaps and ailerons – are exactly the kinds of things that reflect radar waves and low observable designs try their best to avoid using them where ever possible.

At the same time, air forces around the world are already facing the prospect of increasingly more capable integrated air defenses full of surface-to-air missiles with cuing from multiple types of radars, including lower frequency types, and other sensor systems. What might have been “invisible” to one sensor system by itself in the past may no longer be fully shielded from a full network fusing together information from multiple sources.

The need for aircraft stealth capabilities in general is only going to become more important as time goes on, but designers will now increasingly need to focus on broadband low observability, as well. Eliminating the need for any moving control surfaces would be an excellent way to streamline a basic planform and optimize it for low observability.

Given the aforementioned trends in military aviation, BAE Systems is hardly the only company looking into new low observable concepts. In the United States, the U.S. Air Force and NASA have been working with private firms to develop morphing wing systems that could provide similar broadband stealth benefits and there is likely to have been or be similar work in progress in the classified sphere. You can read all about this technology and the possibility of further developments in a feature by The War Zone’s own Tyler Rogoway.

It's not the first time BAE Systems has publicly looked into "flapless flight," either. In 2010, the defense contractor test flew a modified version of its Eclipse drone that used blown air over the wing and thrust vectoring to help maneuver, as well. That project, known as the Flapless Aerial Vehicle Integrated Interdisciplinary Research Program, or FLAPIIR, was also a product of a partnership with research institutions, in this case academics from the Universities of Cranfield, Leicester, Liverpool, Nottingham, Southampton, Manchester, Wales Swansea, and York, as well as the Imperial College in London. The drone, called Demon, was itself the result of a five year development cycle, that cost the better part of $10 million.

The MAGMA design is significantly refined and the developments could be particularly useful for the United Kingdom, which is actively pursuing a stealthy unmanned combat air vehicle (UCAV) project in cooperation with France. Since 2014, French firm Dassault has been working in partnership with BAE Systems under an initiative known as the Future Combat Air System. This is separate from a project of the same name that European aviation consortium Airbus crafted in response to a German-Spanish requirement.

The Anglo-French effort has focused on building upon the work BAE Systems and Dassault had already done with their Taranis and nEUROn prototypes respectively. As of 2016, both of those individual demonstrators remained in flight testing, with France going so far as to conduct a test exploring the integration of land-based nEUROns with the aircraft carrier

Charles de Gaulle, its air wing, and the rest of its associated battle group.

Success with the MAGMA project could definitely expand the capabilities of any future FCAS concept, since a stealthy UCAV using the wing circulation control and fluidic thrust vectoring technology might be even more capable than a manned design. A drone could possibly use those systems to perform high-G maneuvers that would put dangerous levels of stress on an actual pilot, not to mention offering up a very low-observable design likely at far lower cost than a manned aircraft.

Unfortunately, the future of the Anglo-French partnership is uncertain. Though the French have tried to downplay the issue, there is a concern that United Kingdom’s planned departure from the European Union, commonly known as the British Exit or Brexit, could scuttle the defense cooperation deal. BAE Systems has already trimmed 2,000 jobs from its U.K.-based operations in response to the economic fluctuations following the referendum on abandoning the economic bloc, impacting both its aviation and shipbuilding arms.

Regardless, the new control systems could be game changers broadly if they prove viable. BAE Systems itself could leverage the new technology to further develop Taranis independently or for entirely new civil and military aviation projects.

BAE Systems is heavily invested in being on the "bleeding edge" of aerospace research and development and says its partnership with The Manchester University, which bills itself as a leader in unmanned aviation research, is part of a broader effort, amounting to nearly $5.9 billion since 2012. This spending has included work and other partnerships on hypersonic engines, new composite materials, advanced manufacturing techniques, and artificial intelligence.

Still, there are some issues that would clearly need to be overcome, such as what would happen if an engine quit? Would a backup generation system provide ample air long enough to allow the aircraft to make an emergency landing? Would some backup control surfaced be retained to overcome this possible weakness?

Whatever happens, between Wing Circulation Control and Fluidic Thrust Vectoring, and the separate research into morphing wings, advanced technology developments look set to take stealth combat aircraft in an all new era. 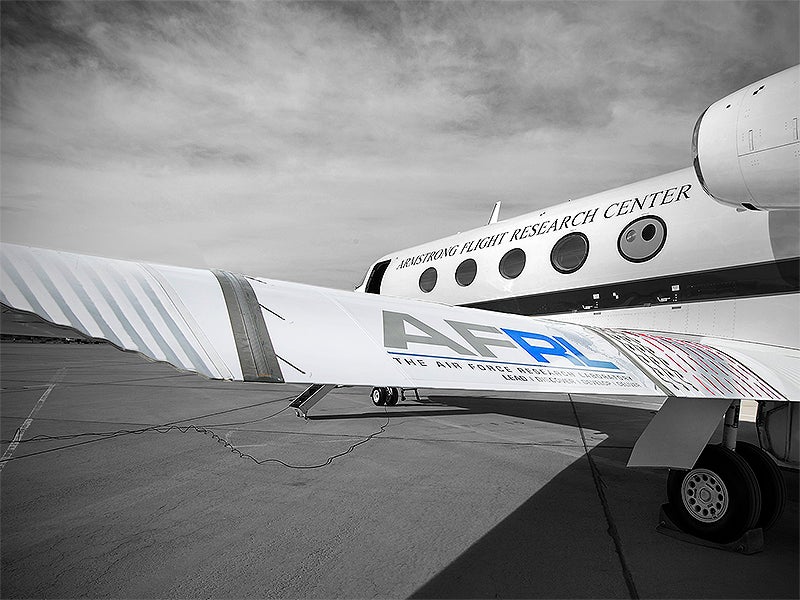 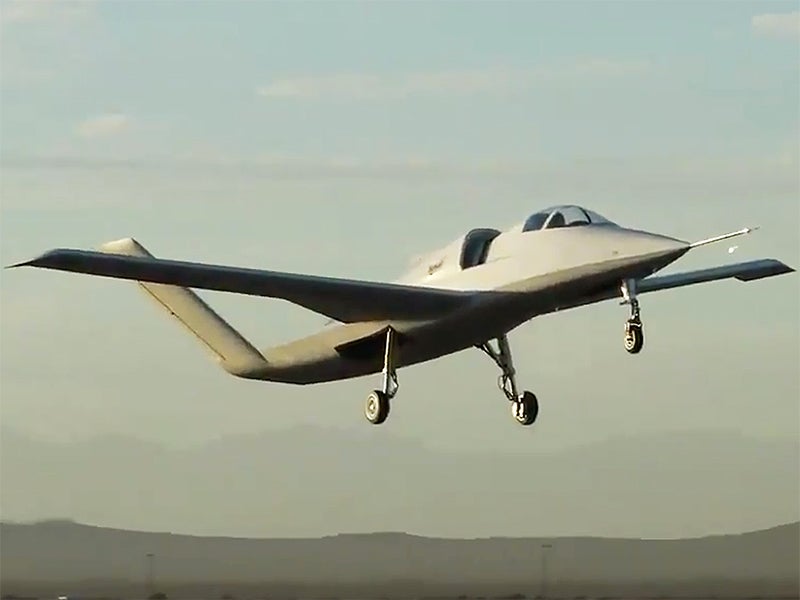