The U.S. Air Force top civilian official has made uncharacteristically strong comments in support of the A-10 Warthog and a vital re-winging program that could keep the jets flying through 2040, saying she's a "fan" of the venerable ground attack aircraft. Unfortunately, it’s still likely that more than 100 of the aircraft will end up grounded, at least temporarily, and it’s not clear how much support there might be for an alternative, low-cost light attack platform that could help fill the resulting gap.

On Dec. 7, 2017, Secretary of the Air Force Heather Wilson, along with Under Secretary of Defense for Acquisition, Technology, and Logistics Ellen Lord, Secretary of the Army Mark Esper, and Assistant Secretary of the Navy for Research, Development, and Acquisition James Guerts, went before the Senate Armed Services Committee to talk about improvements to how the U.S. military goes about buying weapons and equipment. One of the topics that came up during the testimony was the Air Force’s plans for the Warthogs, 110 of which are in need of new wings in order to keep them flying.

In its markup of the defense budget for the 2018 fiscal year, the House Appropriations Committee included more than $100 million to resume production of the replacement parts and begin installing them on the aircraft, something their counterparts in the Senate are reportedly working on adding to their version now.

“If that comes through, we will work on executing that so we can get that line back up so that we can re-wing,” Wilson explained to the assembled Senators. “I think the amount would be the tooling and the first four or five sets of wings for the A-10.”

The Air Force has long had a complicated relationship with the Warthogs, which we at The War Zone

many times before, and the service has repeatedly attempted to cut funding for important upgrades and retire the planes for good. They argue that the aircraft has become too old and vulnerable to be useful in anything but a “permissive” environment without the risk of enemy air defenses or hostile aircraft.

However, the aircraft continue to fly exactly those sorts of combat missions, contribute to the standing defense of South Korea, and take part in important routine training exercises and security cooperation activities. As such, Congress has continually stymied any plans to get rid of them.

For nearly a decade, the re-wing program

in particular has been a point of contention between the Air Force and lawmakers. Despite initial plans to make sure all of its 280 A-10s had the improved "thick" wings, the Air Force project ended the project early, with more than a third of the aircraft still in need of the new parts, ostensibly due to budget cuts. Without them, they’ll steadily become unsafe to fly at all, but with them, they could be ready to go through at least 2040, according to the Air Force’s own estimates.

But “I happen to be kind of a fan of the A-10 myself,” Wilson told legislators during the hearing, giving an unusually firm endorsement of the Warthog. This doesn’t mean this particular saga is over just yet, though.

In September 2017, U.S. Air Force General Ellen Pawlikowski, head of Air Force Materiel Command acknowledged that even if there was funding for the new wings, it might not keep the A-10s in the air. She said that the first of the nearly 110 Warthogs in need of the upgrades could have to stop flying for safety reasons by the 2018 fiscal year, which began on Oct. 1, 2017.

If and when money for a new re-wing effort becomes available, the Air Force will have to hire contractors, who will in turn have to reboot production of the components before anyone can actually update any aircraft, which will take additional time. At present, the U.S. government as a whole is working on a temporary funding measure that will keep it up through Dec. 22, 2017. Lawmakers will have to pass another bill to keep things running after that and there’s no firm timeline for when the new defense budget will become law.

Both Congress and the Air Force agree the initial funding won't cover anywhere near the total number of aircraft waiting on new wings, either. Future budgets will continue to have to take into account the service's various other priorities, many of which are extremely costly, including the continued development and fielding of the F-35 Joint Strike Fighter, delays in getting the new KC-46A tanker, and the need for monetary incentives to keep pilots in uniform and avert an even worse shortage of aviators.

In the past, the Air Force has suggested it might be able to buy more time by scavenging wings from other A-10s sitting in storage in the famous Boneyard at Davis-Monthan Air Force base. In her September 2017 interview, Pawlikowski was dismissive of the long-term viability of that idea, noting that the wings would still be old and could only give aircraft “a few more hours” of flying time.

There aren’t enough A-10s in the Boneyard to offer new wings for all the aircraft in need, anyways. As of Nov. 15, 2017, there were 50 A-10Cs and another 49 A-10As in storage, according to data from the 309th Aerospace Maintenance and Regeneration Group, which manages the facility. The A models have long served as parts sources to keep existing aircraft going and many don’t even have wings to give anymore. The Cs are supposed to be available in case of an urgent demand for replacement aircraft, too, and rendering any of them non-flyable would impact this already thin reserve force.

The Air Force could have avoided this predicament if it made the original re-wing program a priority and finished the work, or even just slowed the pace of the upgrades rather than scrapping the entire project altogether. Now the situation might present an opportunity for the Air Force to follow through on plans to acquire a largely off-the-shelf light attack aircraft to help fill the gap. This could also provide a low-cost partial alternative to employing F-16 Viper multi-role fighter jets and B-52 heavy bombers in permissive environments for some missions, and could be especially useful in Afghanistan.

John McCain, a Republic Senator for Arizona, has been a vocal proponent of this idea, even attempting to force the Air Force to accept the proposal by adding more than $1 billion to an early draft fiscal year 2018 defense budget for these aircraft. Subsequent negotiations have since cut this proposed line item to less than $500 million.

It’s not clear whether the Air Force how, when, and even if the Air Force might move ahead with that plan, though.  From the very beginning of the test project, also known as OA-X, the Air Force has steadily downplayed its significance.

Though four aircraft took part in the program, the Air Force said only the A-29 Super Tucano, which American defense contractor the Sierra Nevada Corporation and Brazilian plane maker Embraer provided jointly, and Textron’s AT-6 Wolverine had the features necessary to proceed to any notional second round. That combat evaluation, which reportedly could still occur in an unspecified country in the Middle East or Central Asia, has yet to materialize.

Even if the Air Force decided to buy a readily available platform, such as the A-29, a formal light attack aircraft program would still need time to acquire the aircraft, establish units and train crews, and develop a concept of operations for employing them. All of this would take yet more time to put in place.

During the December 2017 hearing, Secretary of the Air Force Wilson said that there was a final report from the service’s light attack experiment, which it held earlier in the year, but that she hadn’t read it yet. The Air Force says it will release the results “when appropriate,” according to Military.com.

With dozens of A-10s steadily becoming unusable and no obvious solution in sight, it's hard to think of better time to reveal those findings. 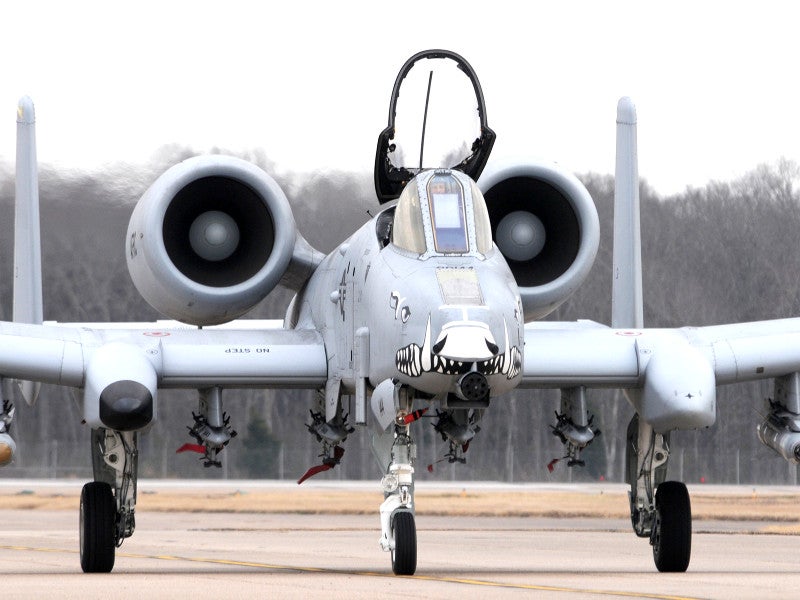 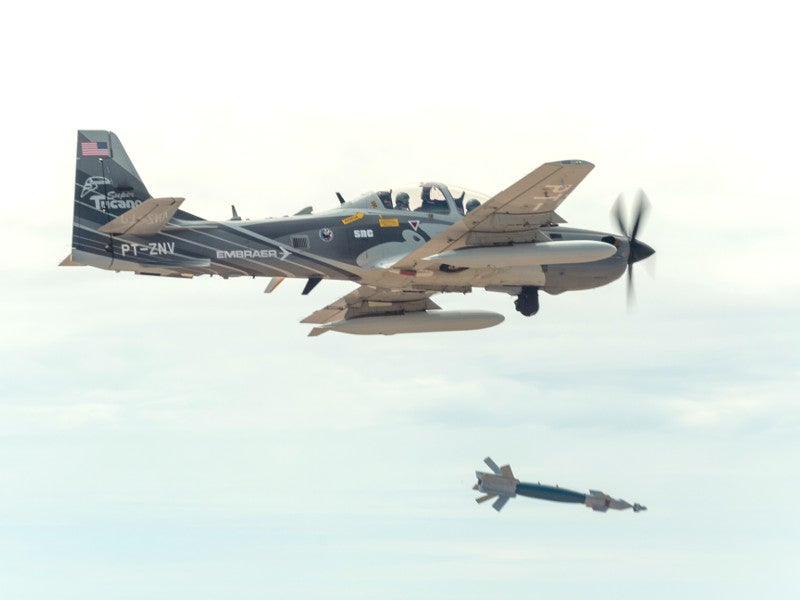 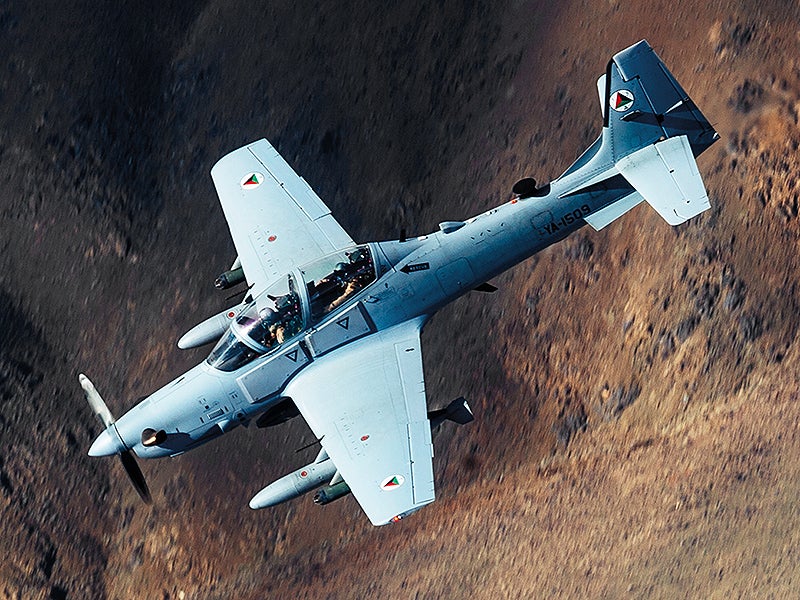