Israel’s F-35I Adir Is Ready for Combat, But When Will It Be Headed Into Harm’s Way?

The Israeli Air Force can make a statement by putting the new jets to use, but not without certain risks.

The Israeli Air Froce has declared an initial operational capability, or IOC, with its F-35I Joint Strike Fighters, also known as Adir or “Mighty,” makes it the first foreign operator to put the stealthy jets into active service. With Israel's air war over Syria heating up and tensions growing with Iran, the first examples are now ready for actual combat missions, but it doesn’t automatically mean they’ll be sling missiles or bombs on real targets just yet.

On Dec. 6, 2017, the Israel Defense Forces (IDF) announced the achievement, which marked the end of the IAF’s 140 Squadron’s year-long qualification process. The unit, also known as the Golden Eagle Squadron, stood up in December 2016 to receive the country’s first F-35Is. Israel now has a total of nine Adirs and is looking to purchase at least 50 in total, and that the number might eventually grow to 75. Though more than a dozen countries are part of the international Joint Strike Fighter program, only the U.S. Air Force and Marine Corps had previously declared they had reached the IOC milestone.

“The main theme that characterized the past year was learning,” the commanding officer of 140 Squadron, named only as Lieutenant Colonel Yotam, said in an official news release.  “Every day in the past year ended with a debriefing in which we learned something new: about the aircraft, about its systems, operation, and maintenance.”

Though the F-35I is based on the U.S. Air Force’s F-35A, we don’t know exactly how similar the operational Adirs are in terms of configuration or capabilities to the latest American examples, which still lack numerous important features, including the ability to hit moving targets on the ground. Israel has secured unique rights from the manufacturer Lockheed Martin to modify and expand on the aircraft’s underlying software packages.

This could eventually include Israeli officials fully separating their jets from the overarching, cloud-based Autonomic Logistics Information System, or ALIS, that is at the core of all other Joint Strike Fighter mission systems. Various F-35 operators have expressed concern about whether this controversial computer system is scooping up too much sensitive information and is dangerous vulnerable to cyber attacks, two deeply intertwined issues we at The War Zone have previously explored in depth.

In May 2017, the IAF revealed it would be buying a single aircraft to act as a dedicated test bed for these changes. It is unclear whether or not the Israelis have been working on any new software updates or installed them on their existing aircraft already.

On top of that, Israeli defense contractors are reportedly at work on developing conformal fuel tanks to the Adirs, hopefully without  heavily negating the jets' low-observable shape, which would help increase their overall range, while reducing strain on the IAF's limited aerial refueling tanker fleet. The F-35I will also undoubtedly gain the ability to employ Israeli-specific air-to-air and air-to-ground munitions and there is even the possibility to could eventually contribute to the country's unspoken nuclear deterrent, which experts believe includes thermonuclear gravity bombs along with land- and submarine-launched missiles.

It is possible Israel could choose to supplement the jets already extensive suite of sensors and electronic countermeasures with its own domestically designed systems, which could increase its already impressive potential as an electronic intelligence gathering platform. The IAF will definitely be interested in making sure the Adirs can share information back and for with the service's Eitam airborne early warning planes and Shavit electronic intelligence aircraft.

"I don’t look at it [the F-35] just as a plane and capability," Major General Amir Eshel, who led the IAF until retiring in August 2017, told Israeli newspaper Haaretz shortly thereafter. "Before the plane was received, we thought about how to change the air force and adapt it to a fifth-generation fighter, and not the opposite. If we’d done the opposite, we would have only diminished the plane’s capabilities. You need to look at it at a system-wide level – not of the plane, of the whole air force. How the F-35 makes the other planes far more effective, the information it shares with them and with our information centers, how they can then do so much more thanks to that information. It goes far beyond the fact that it can operate in places that no other plane can."

Regardless, the stealthy F-35 is an important addition to the IAF’s arsenal. Regional opponents, chiefly Iran, continue to develop offensive capabilities that could threaten Israel and deploy expanding and increasingly capable networks of defensive systems to guard them from pre-emptive strikes.

“The announcement of the operationalization of the ‘Adir’ aircraft comes at a time in which the IAF is operating on a large scale on a number of fronts in a dynamic Middle East,” Major General Amikam Norkin, the commander of the IAF, said in a letter distributed across the service. “The constantly evolving and complex challenges are met with a high-quality and professional aerial response.”

In September 2017, the Iranians publicly unveiled its latest ballistic missile, the intermediate-range Khorramshahr, which they say can reach Israel. Israeli officials, as well as their American allies, are worried that Iran might be covertly developing a nuclear weapon that it could fit onto such a weapon.

Iran denies it has an active nuclear weapons program and insists its broader ballistic missile program is to defend against “aggression” from Israel and the United States. Increasingly wary of a pre-emptive strike, Iran has acquired and deployed new Russian-made S-300 surface-to-air missile systems that present a credible threat to non-stealthy aircraft.

With their ability to move through potentially hostile air space with a low probability of an opponent detecting them, the Adirs give Israel more options on how to respond to fleeting, time-sensitive targets inside denied areas in general. Given the country's position, full of neighbors who might not want Israeli aircraft flying over on their way to attack another party, the IAF has had to plan in the past to either run the additional practical and political risks or otherwise fly circuitous routes to the target area.

The IAF has also increasingly found itself launching punitive strikes into Syria, predominantly aimed at the regime of Bashar Al Assad and elements of the Lebanese terrorist group Hezbollah, both of which receive substantial support from Iran. On the night of Dec. 1-2, 2017, Israeli aircraft reportedly hit a suspected Iranian base near the Syrian capital Damascus, though it was unclear whether or not anyone was occupying the facility at the time.

The F-35Is could provide an important and more survivable asset for responding to crises or other short-notice missions further afield, which Israel has had to rely on its F-15s for in the past. In 1985, Israeli aircraft attacked the Palestinian Liberation Organization at the groups then headquarters in Tunisia and reportedly attempted to strike the terrorists in Algeria three years later.  More recently, in 2009, the IAF reportedly hit Iranian arms shipments in Sudan that were bound for the terrorist group Hamas in the Gaza Strip.

There have already been multiple, unconfirmed rumors that the F-35Is have attacked Syrian targets, but there is no indication that the jets have flown any combat missions. Now that 140 Squadron is ready to go, that could quickly change.

Syria has long presented a potentially deadly air defense environment, which only became more threatening after the Russians officially linked their S-300 and S-400 surface-to-air missile systems to the larger Syrian network in August 2017. Though the Kremlin has so far declined to engage Israeli intruders, it is something the IAF would have to consider in future operations.  Assad's own SA-5 surface-to-air missiles are aging, but still a potential threat, as well, and Syrian air defenders have increasingly attempted to shoot down Israel's aircraft and missiles.

The F-35Is would offer increased protection for Israeli pilots flying these missions, even over Syria's most densely defended areas, such as around the capital Damascus. And if nothing else, sending the Adirs into Syria would provide a real world demonstration of their capabilities for both the Syrians and the Iranians, as well as Iran's other regional proxies, to see. With this in mind, we could see the jets used on an operational mission as early as tonight.

On the other hand, the Adirs still might not end up flying over Syria any time soon, either. Israel might be disinclined to risk its new and expensive stealth fighters on missions that its existing aircraft, armed with stand-off weapons and carrying advanced electronic countermeasures, as well as being supported by standoff electronic warfare and cyber warfare capabilities, have been able to perform without incident.

Syrian air defenders have not been able to shoot down any Israeli aircraft in the course of more than four years of sporadic strikes. The proximity of Israel to Syria means that there have been reports that the IDF may have conducted strikes using ground-launched guided artillery rockets, something it can do from safely within the country.

And even though the F-35Is would be even better protected against Syrian air defenses, there is always the possibility of a lucky shot or just an accident. The Joint Strike Fighter’s low observable characteristics don’t actually render it invisible and the jets aren’t immune to normal wear and tear. During 140 Squadron’s qualification period, one of its Adirs ended up briefly grounded after a bird strike.

The practical and political fallout from an F-35 crash over Syria would be immense, not just to Israel, but to other Joint Strike Fighter operators, including the United States. There is nothing to suggest the Syrians wouldn’t happily share any parts of the aircraft they might recover with Iran, as well as Russia. Even if those countries were unable to glean any significant information from their examinations, it would be a propaganda coup for all of them.

The U.S. Air Force and Marine Corps have also not yet committed their F-35s to actual combat operations, either, despite both services having declaring IOCs with their respective A and B models. The F-22 Raptor stealth fighter was in service for nearly a decade before the United States sent it into hostile territory.

140 Squadron doesn’t even have its full complement of the fighter jets yet, with another six aircraft expected to join the unit in 2018, according to Defense Update. The IAF plans to form another two squadrons with F-35Is by 2024. None of this is to say that Israel couldn't employ its Adirs over Syria or anywhere else and the jets could also potentially provide an important electronic intelligence gathering capability for the country throughout the region.

“We have yet to complete our acquaintance with the aircraft," Lieutenant Colonel Yotam, the 140 Squadron commander, added in his official comments. "We still have tests, development of combat doctrines and extensive learning before us. We haven’t stopped learning thinking and developing upon being declared operational."

With limited numbers of the jets on hand, the IAF will have to decide whether or not to make a statement or make sure the aircraft it does have are in reserve for contingencies that absolutely require their advanced capabilities, such as quelling a more imminent threat against Israel itself or attacking targets over-long range that are defended by an advanced integrated air defense assets. 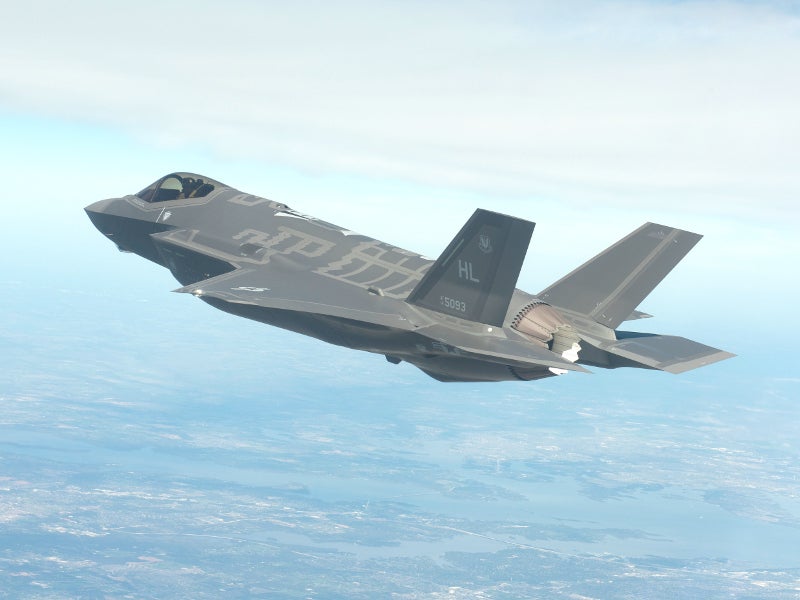 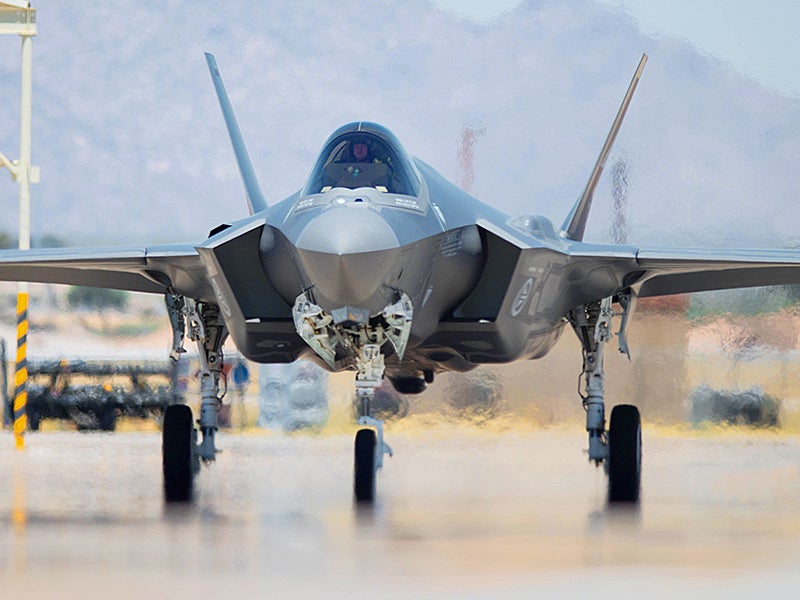 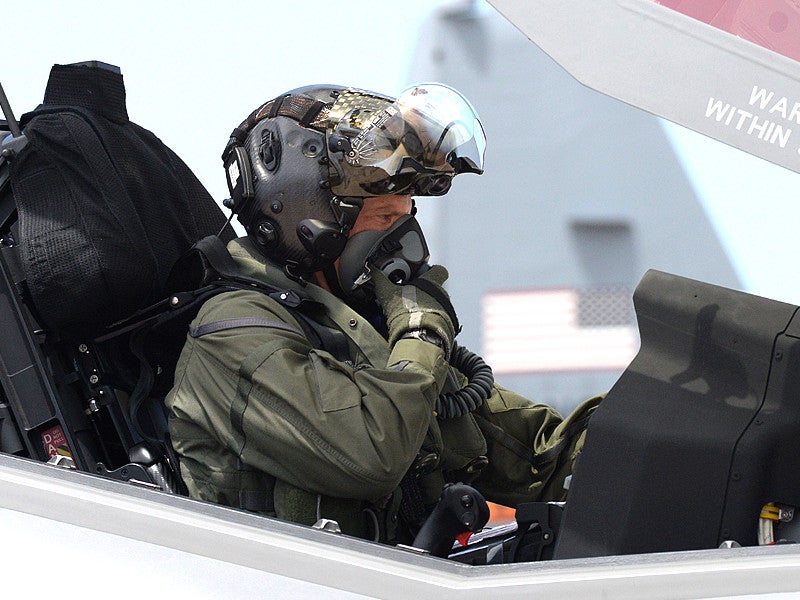