Being able to strike deep into contested territory over long-ranges and at short notice is on Tokyo's weapons wish list. 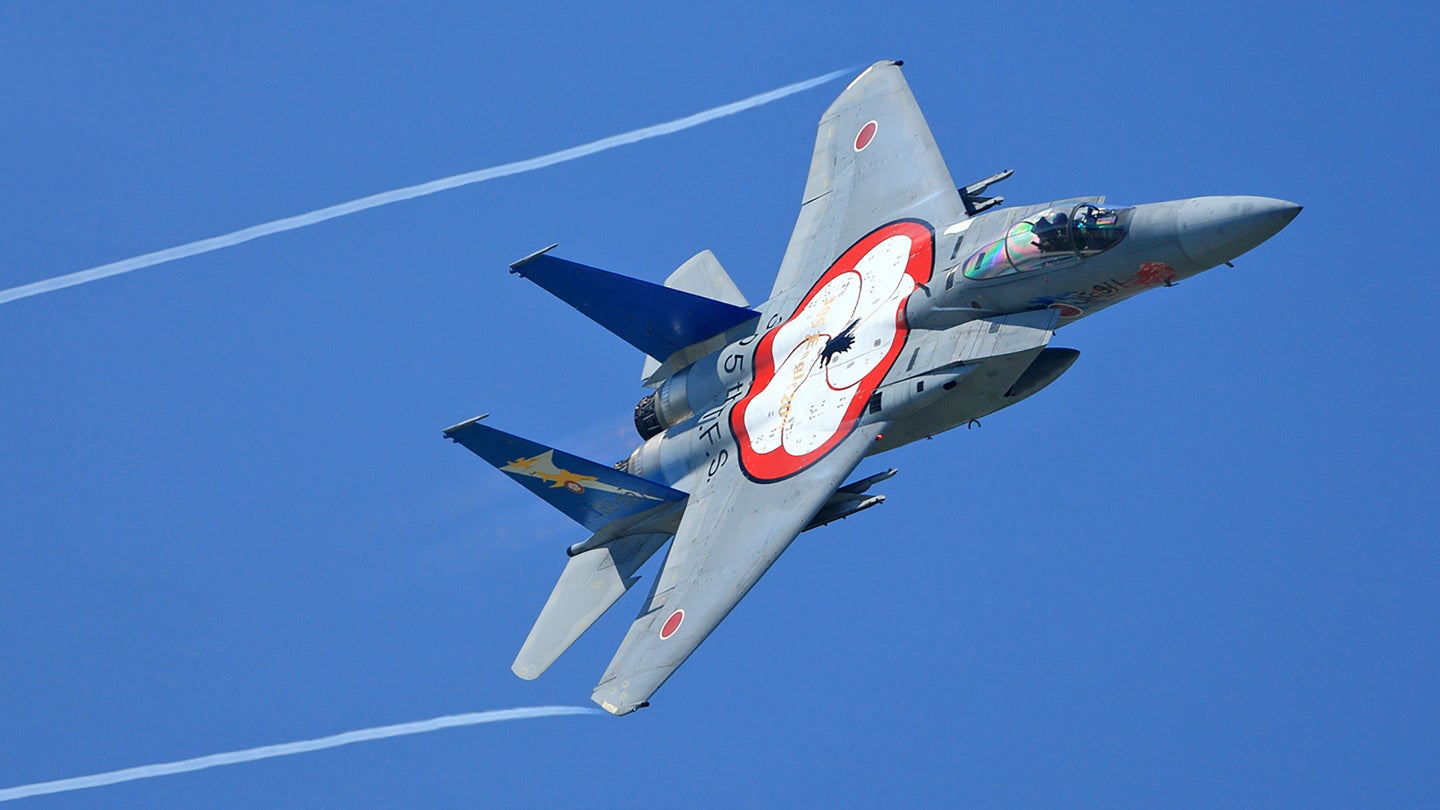 Japan is at a strategic crossroads of sorts. The days of strict adherence to Article Nine of the country's constitution are coming to an end as threats both new and old grow and evolve. Tokyo seems to be willing and able to move beyond the strategic confines of its post WWII past to become a more capable and longer-reaching military force that can project power well beyond its own territory and even its region. But considering what seems like an exponentially expanding threat posed by North Korea, as well as an increasingly hostile dispute with China over the Senkaku Islands, Japan finds itself in need of the ability to quickly strike deep into the heart of a contested territory on relatively short notice.

Our own Joseph Trevithick detailed Japan's emerging hunt for an advanced air-launched cruise missile. As we suspected, The Japan News now says this missile will likely be America's highly capable and stealthy Joint Air-to-Surface Standoff Missile-Extended Range, otherwise known as JASSM-ER. But what's new in this report is that Japan would likely look toward its F-15J fleet to become the launch platform for this 2,000lb class weapon.

Japan has roughly 200 license-built F-15s in service, with about a quarter of those being two seat F-15DJs. Currently all these aircraft fulfill the classic Eagle mission set of air superiority and air sovereignty, but they could be adapted to become Japan's go-to long-range cruise missile trucks. The D models in particular, with its two crew stations, could be especially useful in this role.

Adapting the air superiority-focused F-15A/B/C/D into an attack platform is nothing new. In fact the F-15A/B was flying long-range strike missions operationally well before the air-to-ground optimized F-15E Strike Eagle entered service. This capability was pioneered by the Israeli Air Force, and was just the first step in decades of evolution that has seen IAF Eagles turned into multi-role fighter, networking, reconnaissance, and forward command and control platforms. You can read all about this fascinating history in this past feature of mine.

Although it's an untraditional pairing, JASSM-ER, which is capable of obliterating hardened targets in highly defended territory with a range in excess of 500 miles, would be an ideal fit for Japan's Eagles. The F-15J has long legs for a tactical fighter and would have no problem lugging JASSM-ERs over relatively long distances. This gives JASSM-ER far more range than its static range capability, and the F-15's range can be further extended with the help of aerial refueling by Japan's KC-767s. All combined, such a concept would give Japan hard-hitting and survivable long-range striking power thousands of miles from Japanese territory.

Such a capability would be very useful in striking against targets located deep in North Korean territory or even for deterring a possible marine landing operation on the Senkaku Islands or other potentially contested locales by Chinese forces.

There are conflicting reports that Japan would like its new air-launched cruise missile to also be able to strike ships hundreds of miles away. It is possible that Japan could field the JASSM-ER land attack capability initiatively and then work with Lockheed to develop a follow-on deal to introduce robust anti-ship capability into the JASSM-ER design, likely pulling heavily from its Long-Range Anti-Ship Missile (LRASM) cousin. Alternatively, Japan could develop its own multi-role cruise missile in the coming years to augment the already fielded and higher-end JASSM-ER. We'll see how this all pans out.

With the Japanese Self Defense Force's F-35s coming online in the near future, and with more F-35 purchases likely after Tokyo put its ambitious indigenous 5th generation fighter program on hold, JASSM-ER could give Japan's aging F-15s added utility.

Any air-launched cruise missile capability could very well also be bolstered by the introduction of a sea and shore-based long-range cruise missile capability, likely that of the latest iteration of the American Tomahawk cruise missile (Block IV TACTOM). The well proven design that now has both land attack and anti-ship capabilities can be fired from the vertical launch systems found on Japan's high-end surface combatants as well as its upcoming Aegis Ashore anti-ballistic missile sites. We have written about this potential purchase in this past article.

The Tomahawk can be air launched. At one time this was a capability that was looked at heavily by the US Navy and the USAF in the form of the AGM-109. But today there is no aerial platform that is capable of deploying the missile, nor are the Tomahawks in production optimized for such a delivery method. The F-15 is large and powerful enough to potentially accommodate the Tomahawk, which would provide even longer-range strike capabilities against both ships and ground targets, but the type is not as survivable of the very stealthy JASSM-ER. Still, going all Tomahawk could be the most flexible option and Raytheon would probably love to finally get the air launched version into service.

We'll keep you up to date as to Japan's continuing search for a new strategic posture, and the weapons to make it happen.