Just weeks ago, the 412th Operations Group at Edwards AFB managed a little-known, multi-service training event called "Orange Flag." The name is a play on other large force employment (LFE) exercises that use the term flag, like Red Flag, and the color orange, which is the traditional color of the flight testing community.

28 aircraft from bases that make up the DoD's flight test mecca in southwest California and southern Nevada—namely Edwards AFB, NAWS China Lake, Nellis AFB, and NAWS Point Mugu, took to the skies for a corporative training and developmental event that would stress-test a multitude of existing systems and push ongoing programs farther toward maturity. Even testers at Eglin AFB in Florida took part in the event.

Principally, the event tests the ability for America's fighter, command and control aircraft, bombers, and other support aircraft to operate seamlessly, or as near seamlessly as possible. This included drawing aircraft, aircrews, and testers from both the Developmental Test (DT) and Operational Test (OT) sides of the testing community. Whereas DT is more focused on the development of new technologies and systems, OT works to refine these systems into a more mature state, validate them, and create tactics for operational use.

In a USAF press release, Lt. Col. Richard Turner, deputy commander of the 412th Operations Group and an F-35 test pilot, described how executing Orange Flag required collaboration with units from across the country and across the sometimes rigid boundaries placed between the services:

The ‘developmental’ objectives were developed by the 412th Test Wing here, the 96th Test Wing at Eglin AFB, Florida, and the Navy’s VX-31 Test Squadron at NAWS China Lake. The ‘operational’ objectives came from the 53rd Test Wing at Nellis, and the Joint Strike Fighter (JSF) Operational Test Team at Edwards... This was an important advance in how we vet our weapon systems in DT and OT... Orange Flag required a huge team effort and I look forward to seeing it impact the warfighter in the future.”

The idea behind Orange Flag is to move from more limited cross-platform and cross-service testing, such as between just two discreet aircraft types, to a more inclusive model that is more representative of the total force. By doing so, systems in development and operational testing can mature faster as problems and opportunities to improve these systems can be identified earlier. There are other synergistic effects as well. Bringing disparate parts of the flight test and flying communities together to achieve an overreaching goal means the sharing of ideas and expertise, and learning to operate in a far more dynamic test environment.

Test engineer Kristofer Peterson noted how useful this approach can be:

“The dataset will allow us to quickly identify issues across multiple platforms and even uncover issues we previously didn’t know about... However, to do this we require new analysis methods and we plan on leveraging the lessons learned from a data analytics innovation project funded by the test wing this past year.”

"We must be able to integrate and interoperate our joint forces across a wide range of mission areas. OFEs enable the test community to capture data to assess the military utility of integrating and interoperating multiple platforms in an environment not done via traditional DT."

The diverse list of aircraft that were flown during Orange Flag is impressive and includes F-35A/B, F-22, F-15E, F-15C, F-16C/D, F/A-18E, EA-18G, E-2C, and B-1B. Putting over two dozen aircraft, many of which are dissimilar in nature, into the same airspace also presents its challenges and learning opportunities.

Lt. Col. Chris Buckley, who is responsible for the mishmash of restricted airspace used for testing over the Mojave Desert, describes how different this approach is for controllers who support the testers and how even executing Orange Flag was a major sea change in how they traditionally do business:

“The airspace was designed to test 1950’s technology... We’ve made spectacular headway turning it into a place we can test modern systems, but only one at a time. The sheer volume of aircraft working together was a real concern. This event really tested the environment we need to do large-scale interoperability testing. This was the day our restricted airspace grew up and entered the 21st century.”

The prospect that testers are now working on interoperability far earlier on in a system's development cycle compared to in the past is exciting on multiple levels. It could mean that systems will reach the field faster and in a more mature state than they would have by executing this type of validation exercise far later in their development cycles. It also fits neatly with the USAF's increasing focus on networking and interoperability—an initiative that has been turbocharged by Air Force Chief Of Staff David Goldfein. The F-117 pilot has made revolutionizing the way the Air Force and its partner services are connected the priority of his time as the highest ranking USAF officer.

The connectivity focused Goldfein, who seems to see be more platform agnostic than anyone that has held his position in the past, summed up this viewpoint while talking to a group of defense writers last February, stating:

“As we look at the 21st century, perhaps it’s time to focus less on the trucks and the cargo and more on the highway they ride on... Because traditionally, we’ve built weapons systems and procured munitions and sensors, and then looked at the way to connect them... In the future, we need to ask what is the network we will ride on and then what are the apps we’ll need to ride on that network...Some of those roll, walk, steam, fly and orbit and it is only as we can connect them as a family that we get multiple dilemmas for an enemy in multiple domains, where 1 plus 1 equals 3 or more.”

Goldfein constantly talks about this subject during high-profile engagements. The top video below is just a taste of how the general sees the future of air combat in terms of networks and families of systems facing off against one another instead of the antiquated platform vs platform mentality (starts at the 41 minute mark). This is something I have pushed for years and have tried to convey consistently in my writing, and that's why you don't see any lame "F-15C vs Su-30: Who wins?" articles on any of my sites. The second video is of Goldfein talking about networking in terms of multi-domain battle concept:

Networking is likely just a prominent focus for Orange Flag. Other ways in which various platforms integrate in a real flying environment, and even some of the tactics they leverage are also likely evaluated.

Even though we are just now hearing about Orange Flag it is clearly a massive success and it looks as if it is going to become a staple within the military's flight test community with iterations of the exercise planned every quarter starting in February of 2018. 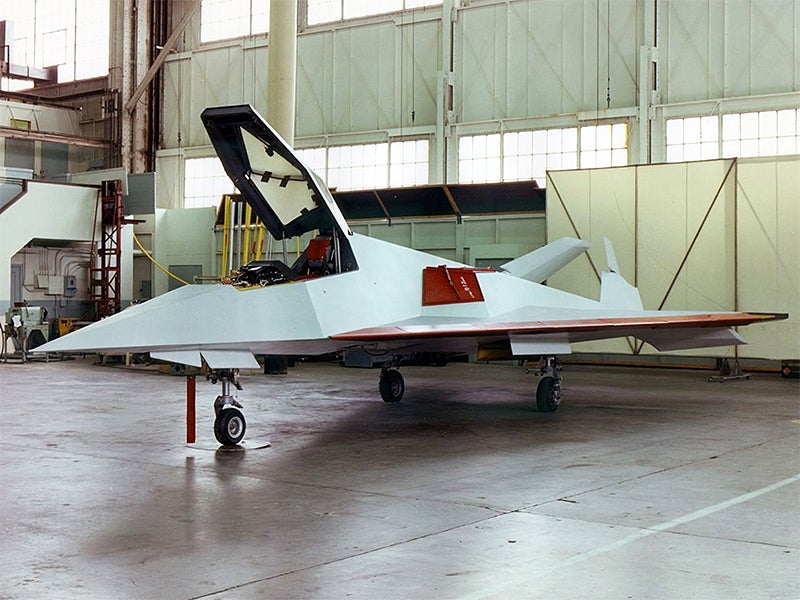 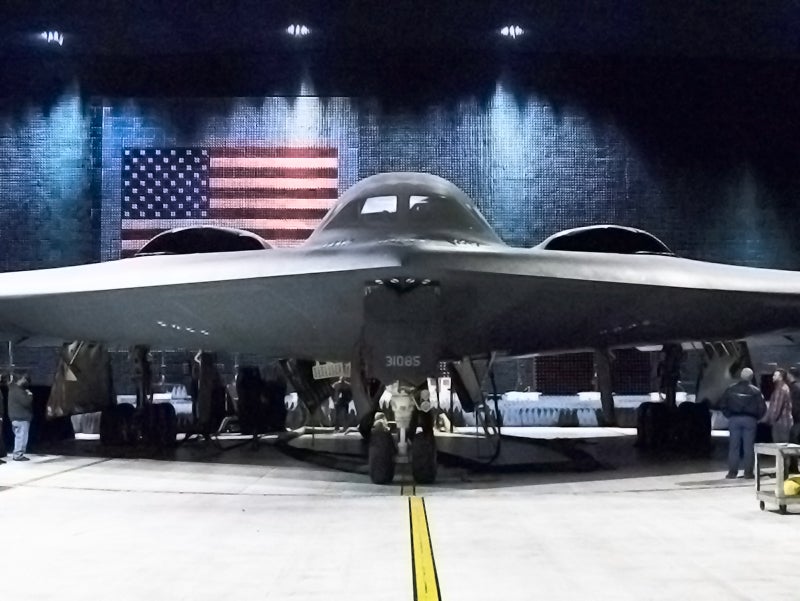 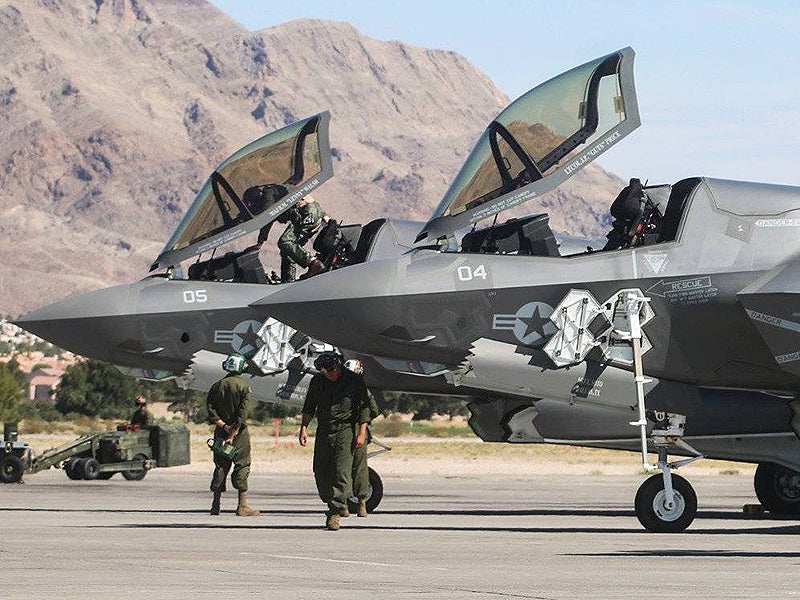