The report comes a year after a MiG-29KR and a Su-33 crashed during separate incidents while operating aboard Russia’s carrier.

Roughly a year ago, two Russian Navy fighters ended crashing into the ocean during recovery operations aboard the carrier Kuznetsov while it was sailing off the coast of Syria. The mishaps occurred during the vessel's very high profile cruise, which started from its base on the frigid Barents Sea, to support what at the time was a wide-scale operation to crush the anti-Assad resistance in Aleppo, Syria. Now it is reported that Russia's "oceanographic research vessel" Yantar located the wrecks and worked to quickly recover or destroy any sensitive systems still intact on the fighters.

One Su-33 and one Mig-29KR were lost in the separate incidents. The Su-33s did receive some upgrades before their last cruise, although overall their systems are dated. The MiG-29KR is another story. It represents one of the most modern fighters in Russia's inventory. On October 10th, 2016, before the Kuznetsov's cruise The War Zone wrote:

"The much-touted deployment of the Admiral Kuznetsov will include a newly configured air wing with more advanced air combat capabilities than in the past. Originally it seemed as if Russia’s new MiG-29KR (well kind of new) multi-role fighters would be the carrier’s lone fixed-wing fighter for the deployment, with the ship’s massive and antiquated Su-33s being put to pasture. This is now clearly not the case.

Russia has executed a light upgrade of a portion of the tiny Su-33 fleet, which includes some modernized avionics and possibly the addition of the SVP-24 system, which helps improve accuracy of dumb bombs–the vast majority of air-to-ground weapons used on Syrian targets by Russian aircraft. While it's an improvement on previous targeting systems, this new-found accuracy is not even remotely comparable to any modern guided air-to-ground munitions. These Su-33s also appear to have been overhauled mechanically and feature new paint. Admiral Kuznetsov will likely sail with examples of both the Su-33 and the MiG-29KR stuffed into its tight hangar deck."

With this in mind, you can see how quickly locating these aircraft on the seafloor and either extracting them, parts of them, or destroying them entirely would be a worthwhile cause for the Kremlin, especially considering the U.S. has craft capable of extracting parts of aircraft and missiles without even being noticed.

Russian news outlets recently reported that Yantar was sent to the area Kuznetsov was operating in at the time of the incidents on December 10th, just five days after the Su-33 crashed there, and that the mission occurred with the help of underwater unmanned vehicles, writing:

The Russian Navy conducted a unique deep-sea operation. With the help of underwater unmanned vehicles and the oceanographic research vessel Yantar, the Su-33 and MiG-29K deck fighter aircraft, lost in air crashes in the Mediterranean, were discovered and inspected. This was reported to Izvestia at the headquarters of the Northern Fleet. UAVs were able to remove some aircraft equipment from aircraft...

...According to Izvestia, the operation was carried out by the oceanographic research vessel (OIS) Yantar. The robots surveyed both planes, picked up the debris from the bottom and even removed some elements of the onboard equipment MiG-29 and Su-33.

Yantar, which is a known spy ship, was delivered to the Russian Navy's Northern Fleet in 2015 and is specifically equipped for underwater missions, with the ability to reach depths of 18,000 feet. These can include sensitive salvage operations, as in this instance, or manipulating—or even cutting during wartime—key underwater communications cables. The ship is 354 feet long and displaces 5,735 tons. It is equipped with modern azipods for precision station keeping during operations. The vessel carries submersibles that can operate many thousands of feet below the waterline, including the Konsul class deep-diving manned submersible, as well as various unmanned types.

Although Yantar is often found snooping around major underwater communications cables, it can also assist in locating stricken submarines and other sunken objects at incredible depths. With that in mind, just last week Russia ordered Yantar to the waters off Argentina to help in locating the ARA San Juan which went missing nearly 11 days ago. The ship is slated to begin search operations in the area during the first week of December.

The quick move by Russia to scoop up any sensitive material remaining on its dunked fighters is just another reminder of how active the spy game under the waves remains to this very day, one in which one country's tragedy can turn into another country's treasure. And these clandestine "treasure hunters" of sorts are incredibly well equipped and can be actively on the hunt at a moment's notice. 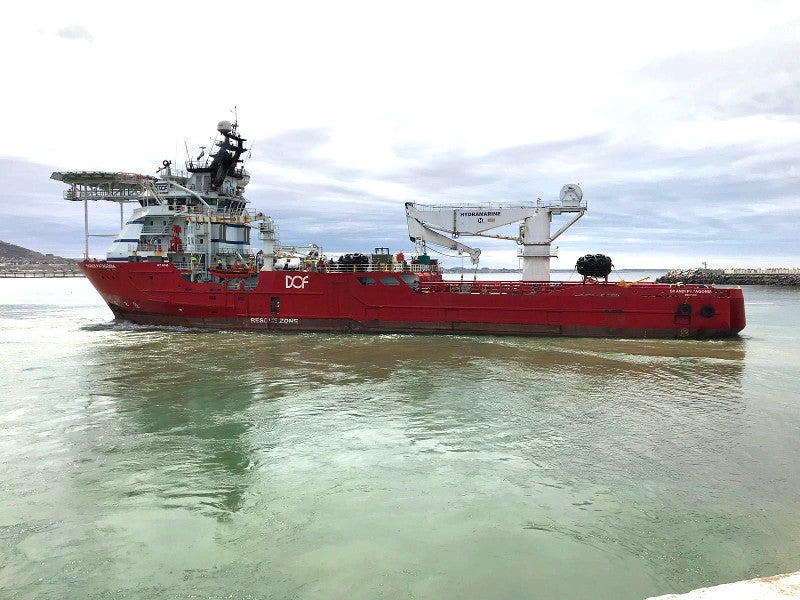 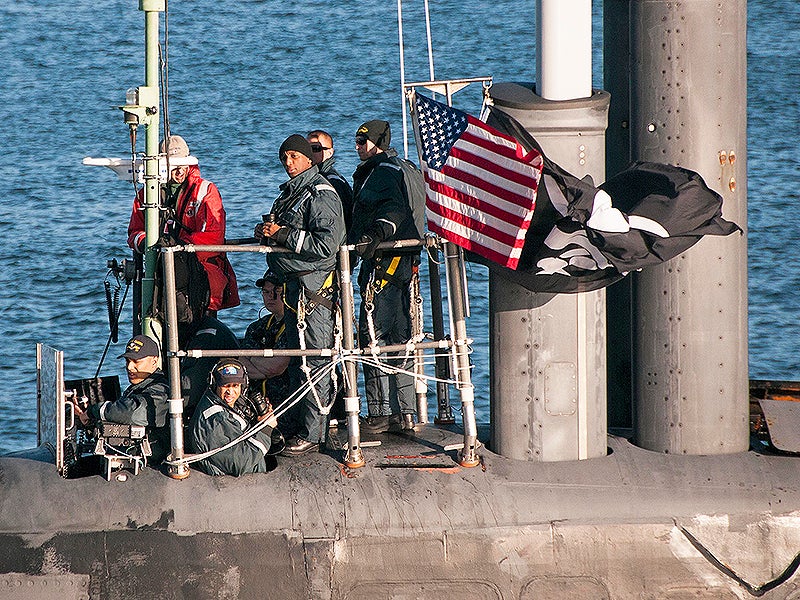 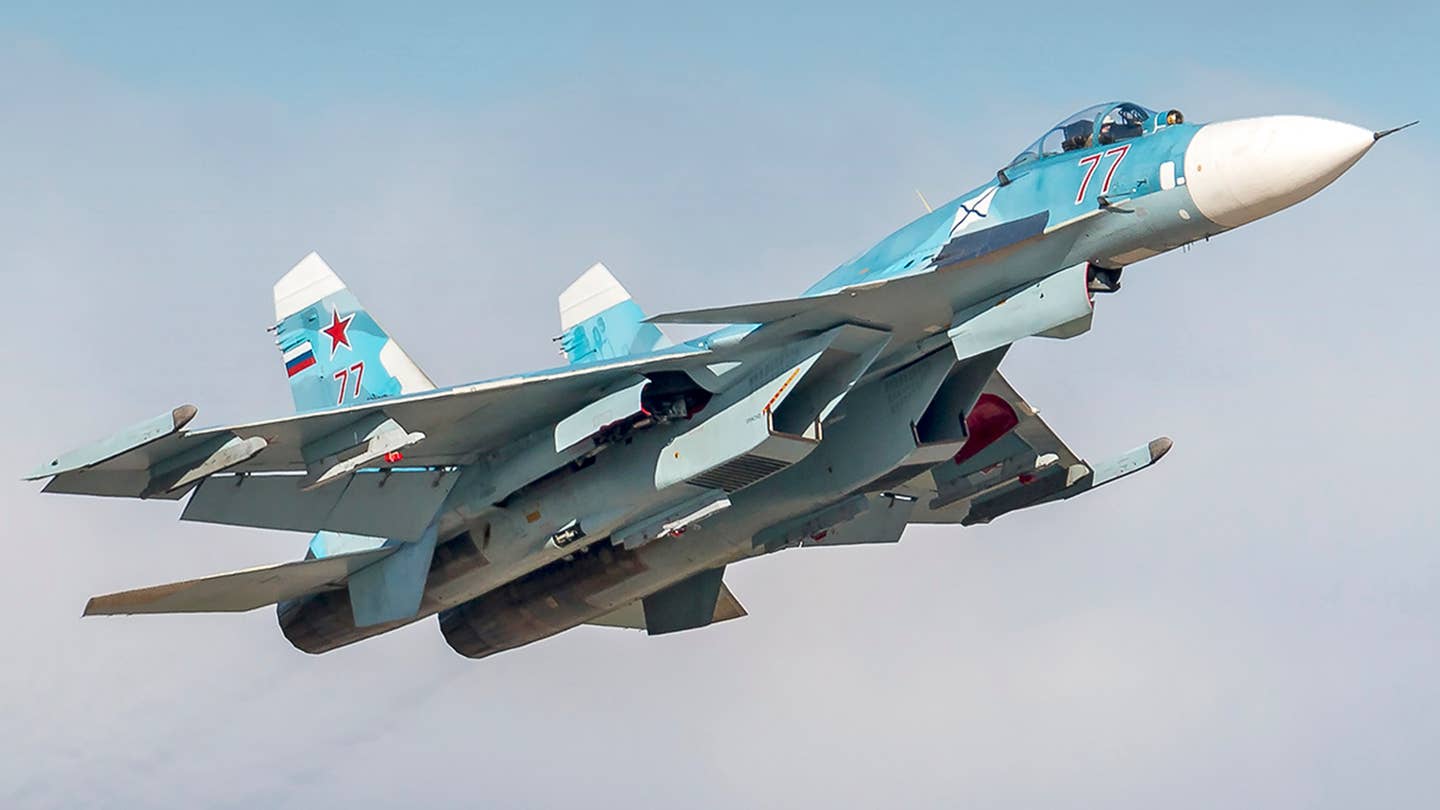