In a scene right out of Grand Theft Auto, the N. Korean soldier was shot five times as he raced his jeep across the heavily militarized border. 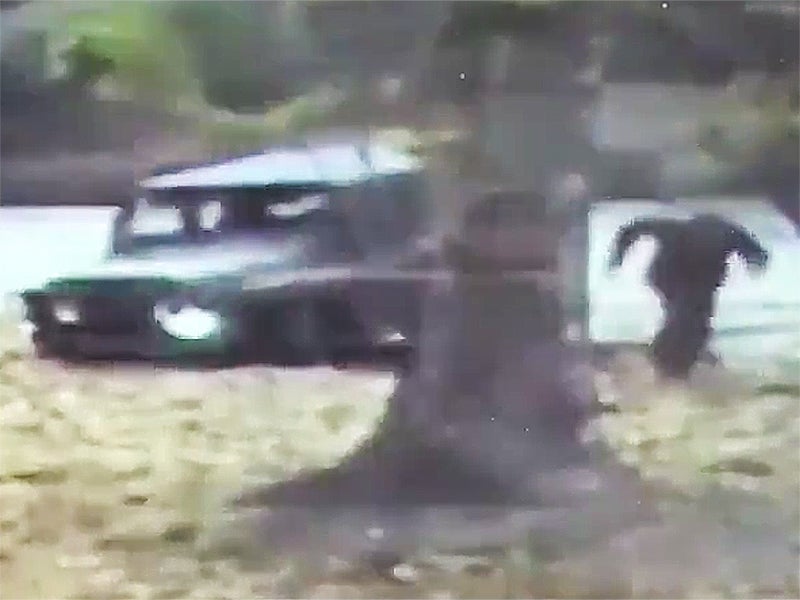 The U.S.-led United Nations Command in South Korea has released dramatic video footage of a North Korean defector's recent escape into South Korea. In a scene straight out of a Grand Theft Auto video game, the clips show the North Korean soldier as he desperately raced to cross the heavily patrolled border, pursued by loyal troops attempting to kill him and then images of South Korean military personnel crawling to rescue him.

The incident occurred on Nov. 13, 2017 near the U.S.-South Korean at the Joint Security Area. The site in Panmunjom serves as a location for official meetings between North and South Korea where representatives from both sides enter from their respective sides of the demilitarized zone. It is also become a popular, if somewhat atypical tourist attraction on the front lines of the ongoing conflict.

In the ensuing chaos, North Korean border guards shot at the the defector more than 40 times, with some of the bullets flying across into South Korea, and hit him at least five times. The escaping soldier collapsed into a pile of leaves and lay there until South Korean troops recovered him and evacuated him to Ajou University Hospital.

Doctors performed a five hour operation that saved his life, but discovered a host of serious medical conditions, including chronic diseases and infestation of worms, and ultimately conducted a second surgery to fully stabilize him. He did not regain consciousness until Nov. 21, 2017.

Life in the insular and notoriously repressive country has apparently made the individual fearful that he might not actually be safe even after making it into South Korea. Hospital staff have reportedly hung a South Korean flag in his room and have been making sure he has access to popular music and television, as well as actual psychotherapy.

Now that he is awake and communicating, it is likely that more details about the circumstances of his defection and his life in North Korea will begin to emerge. Given the steadily increasing tensions on the Korean Peninsula, his escape and survival could prove to be especially significant.